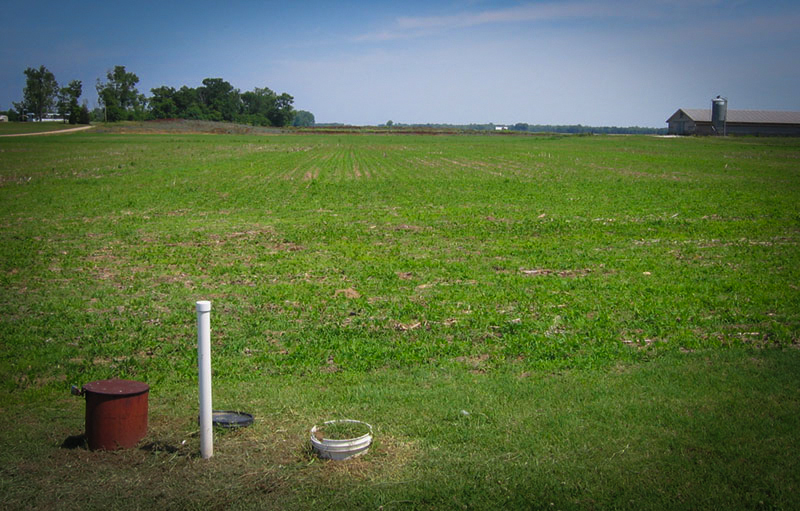 Water that infiltrates the earth surface and flows through soil and rock voids is termed "groundwater." Aquifers are permeable geologic units that are capable of supplying useful amounts of groundwater. Aquifers store groundwater until it is extracted naturally via flow to springs or streams, or by human intervention through water wells. Groundwater is a vital resource to Hoosiers, with approximately two-thirds of the population receiving its drinking water from aquifers, and with many industries relying upon wells to supply water for various production processes.

Groundwater flows through porous sediments and rock at rates that are much slower than flow in streams and rivers. Most aquifers in the northern two-thirds of Indiana are composed of glacial deposits containing groundwater. These glacial aquifers exist where sand and gravel bodies are present within clay-rich glacial till (sediment deposited by ice) or in alluvial, coastal, and glacial outwash deposits. The flow through these materials is more similar to water draining through a sponge or a sandbox, rather than the commonly visualized "underground river." In areas where sand and gravel deposits are not encountered, well drillers typically install wells in bedrock aquifers where groundwater flows primarily though connected voids and fractures in the rocks. Groundwater availability is much different in the southern unglaciated part of Indiana. There are few deposits above the bedrock surface, and the voids in bedrock (other than dissolution features) are seldom sufficiently interconnected to yield useful amounts of groundwater. Reservoirs, such as Monroe Lake and Patoka Lake, are used for water supply in lieu of water wells in southern Indiana.

Hydrogeologists use three concepts to determine the potential for an aquifer to become contaminated: sensitivity, susceptibility, and vulnerability. "Sensitivity" is used when referring to the potential of an aquifer to be contaminated based on its geologic characteristics. "Susceptibility" is the exposure to potential contaminant sources, and "vulnerability" is the likelihood that the aquifer will actually be contaminated based on the combination of geology and contaminant sources. The Indiana Geological Survey conducts research and mapping that supports the wise stewardship of Indiana's groundwater resources by providing information related to the distribution, chemistry, and flow characteristics of various aquifer systems.