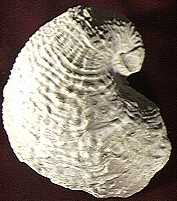 In geology there are two main uses to which fossils are put. These are biostratigraphic correlation and environmental interpretation. Before discussing these two points, I should say that these two utilities of fossils are not necessarily those that are most interesting to a paleontologist who studies fossils. Evolutionary studies are important because of the light they shed on the mechanism of evolution and the interaction between evolution and extinction, not necessarily because evolution indirectly provides a powerful tool for matching up rocks of the same age but of different composition in widely separated areas. Deciphering ancient environments is important, but the paleontologist is concerned with the ancient communities of life that once inhabited those environments, about the interactions, competition, and predation among members of the community, and how food supplies are gathered, partitioned, and utilized by community members.

The matching up of rocks of the same age from place to place is called correlation of the rock layers. If a particular rock layer was deposited continuously over an area, correlation can be done by physically matching the rock layer from place to place. Thus, a brown, 5-foot-thick limestone, with chert nodules, an upper wavy surface and a lower planar surface can be recognized by this association of physical characters. Wherever this limestone layer crops out at the earth's surface, you can say "Aha, this is the same layer as I saw at such-and-such a place!" This kind of correlation is restricted to the area where that specific rock layer was deposited.

However, suppose I collect a bunch of fossils from that rock layer near Bloomington, and I think that the bed is about the same age as some rocks in Missouri. Obviously I cannot directly trace the bed that far, because it wasn't deposited over that long distance. Instead, by studying the fossils I can determine which rock unit in Missouri contains the closest match of the species of fossils I have found in Indiana. This indicates that the greatest proportion of species were alive at the same time in Indiana and Missouri, and that the rock layer in Missouri that contains these fossils is very close to, or the same age, as the rock layer in Indiana.

Use of fossils in this way, to determine the relative ages of rocks, is ultimately based on evolution. Through time, new species have appeared and older species have become extinct. Thus, the species that are alive at one time are somewhat different from those that are alive before or after that time. This results in a succession of fossil types through ages of rocks. This is called faunal succession as applied to animals, or floral succession for plant fossils. Using this principle we can correlate rocks between Indiana, for instance, and rocks of the same age all over the earth--because they contain the same fossils.

Some fossils are much more useful for this practice than are others. It helps if the particular group of organisms, whatever they are, is evolving rapidly. Thus, more species useful for discriminating small periods of time occur more closely spaced in the rocks. It also helps if the organism has wide latitude in where it can live. For instance, if a clam can only live in sand, its fossil shells will only be found in sandstone, and it won't be of much use at all in trying to correlate a sandstone with a limestone. For this reason, organisms that did not live on the sea floor and were controlled by the nature of the sea bottom are most useful. Creatures that swam or floated up in the sea water were independent of bottom conditions and are also prone to be distributed over wide areas, perhaps even having worldwide distribution. These, if they evolved rapidly, make ideal fossils for correlation.

Suppose you find a thick layer of sandstone. You study the texture--size of the sand grains, rounding, sorting, the mineral composition of the sand grains. From all this you can determine the agent of transport, whether the sand was deposited in water, and so on. But, you now go on and ask--Was this sandstone deposited in the ocean or in fresh water? An obvious and important question. One of the best and surest ways to get a satisfactory answer to this question is to find some fossils. These will tell you much about the environment in which the rock was deposited because different kinds of plants and animals were confined to specific environments, just as they are today--another example of uniformitarianism. If you find fossil brachiopods, bryozoans, and echinoderms, the rock was surely deposited in the ocean. Here are some simple generalities that will aid in making environmental interpretations of fossils. You should realize that these are not 100% perfect. There are exceptions. But these rules will work about 95% of the time: