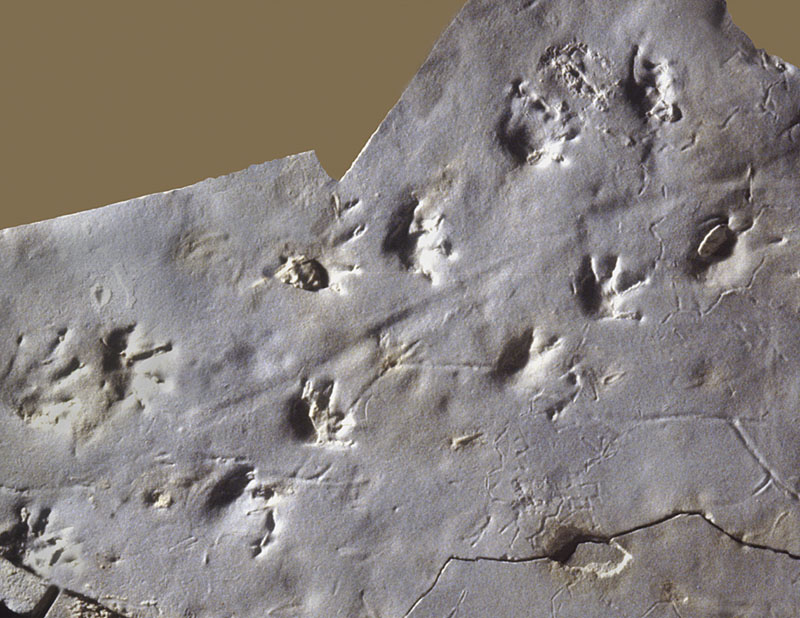 Fossils are physical evidence of preexisting organisms, either plant or animal. The most common and obvious fossils are the preserved skeletal remains of animals. Other fossils, which are also evidence of past organisms, include leaf impressions, tracks and trails, burrows, droppings, and root casts. Microfossils are the microscopic skeletons of previously existing plants or animals, and their examination requires an optical or an electron microscope for close study. A very small fraction of the organisms that have lived on the Earth is found in the fossil record: Many did not possess skeletons or other hard parts that could be preserved; many did not survive the process of fossilization, wherein skeletons and tissues are replaced by minerals; and many were subsequently destroyed either by chemical or physical processes such as recrystallization, metamorphism, or erosion.

Fossils of any kind are useful in "reading the rock record," meaning they help us decipher the history of the earth. They can help us determine the geologic age and environment (the paleoenvironment) in which they were deposited. Finally, and if the fossil record is complete enough, their study can help us better understand the evolution (or progression) of life through geologic time.

Our understanding of the meaning of fossils is based on the accumulated knowledge from previous generations of investigators who carefully recorded the identity and distribution of fossils from numerous geologic exposures or samples from wells and recorded their findings in the scientific literature. When the regional or global distribution of fossils through geologic time is taken into consideration, we can gain important insights into such phenomena as continental drift, community migration, and climatic (paleoclimatic) reconstruction.