In 1999, Polish student Agnieszka Drobniak was working on a doctoral dissertation in Krakow and coming up short on resources.

She fired off an email to 50 or 60 researchers around the world “who had anything to do with coal geology.” One by one, dozens of them pointed her to the same person: Maria Mastalerz at Indiana University. 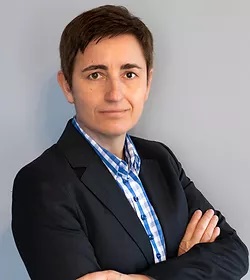 Mastalerz sent an IU student to libraries to find what Drobniak needed, scanned “two ginormous boxes” of publications, and kept in touch as Drobniak continued researching coal gelification, a somewhat obscure, early stage of coal development. Drobniak later obtained a 6-month scholarship through the Batory Foundation to come to IU, work with Mastalerz, and finish all the research she needed for her PhD dissertation.

In January 2002, the newly minted Dr. Drobniak returned to the Indiana Geological and Water Survey on a one-year contract job. “And then there were more projects, more research, more collaboration,” she said, as one year turned into 20.

“And I stayed for the people. I learned a lot. And that’s where we are.”

On Aug. 15, Drobniak packed up her office next to Mastalerz’s, and the next day, flew back to Poland to start working as a leader of the research team at the Centre for Biomass Energy Research and Education at the University of Silesia in Katowice. She’s one of 10 Polish scientists chosen through the competitive and prestigious Polish Returns program to work at Polish universities and research centers. Drobniak will be focusing and expanding on the biofuels research that she, Mastalerz, and two other CBERE founding members, Polish scientists Iwona Jelonek and Zbigniew Jelonek, have been conducting. Mastalerz will continue to work with the group from her longtime post at the IGWS, possibly going to Poland once a year.

“I am sure we’ll be working remotely together quite a bit,” Mastalerz said. “The center is about biomass, and for me, biomass is just one of many things I’m interested in, so obviously I cannot devote most of my time to that. But I will try to help the center as much as I can, and I’m going to make sure that Agnieszka is as successful as she can be there. So, whatever I can do to help, I’m just going to do that.” 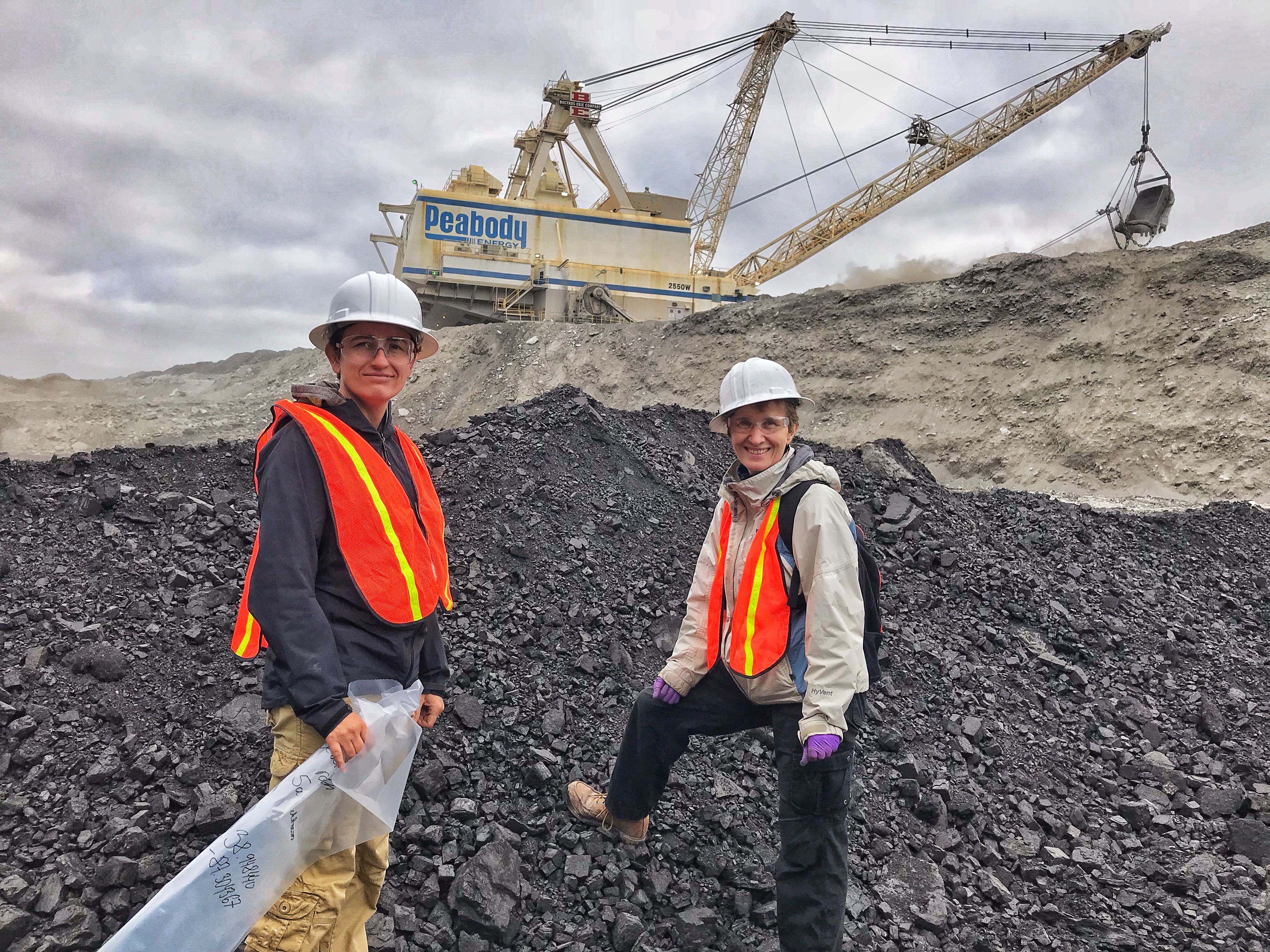 Drobniak met the Jeloneks about four years ago at a conference. “I was very intrigued with the biomass research they were working on because they took the knowledge and skillset used for assessment of fossil fuels – mainly coal, they are coal geologists – and they applied it to a renewable resource,” Drobniak said. “And that’s something I started to pay more attention to in the past few years because of the energy transition.”

In these four years, the group has published seven papers on biomass fuels, with the Jeloneks working in Poland and Mastalerz and Drobniak working in Indiana. In March 2022, they founded CBERE. In April, the center received a contract to research converting grass clippings into pellet fuel. Drobniak already had been looking for a funding source that would enable her to go to Poland more often; Iwona Jelonek alerted her to the deadline for the Polish Returns program, administered by the Polish National Agency for Academic Exchange to curb “brain drain.” She learned in the spring that she’d been chosen.

“In my case, it’s a four-year contract. I can hire my own team. I have money for the first research project. I have money for resettlement. Plus, the lab in Katowice, because of those two scientists, is, like, ready. It’s there. It’s built.” She couldn’t say no.

She will be living in Katowice, an hour away from Krakow where she was based for 10 years before moving to Bloomington, and close to Wieliczka, where she grew up and where her family still is. Wielicza is home to the famed Wieliczka Salt Mine, which attracts more than a million visitors each year to see its carvings and 300 miles of underground chapels, lakes, concert halls, and sports fields; Drobniak’s high school prom was there. Katowice, too, is a bustling area, a coal and ore resource hub and a university town that’s attracting more and more international students.

“It’s really growing, really booming. I mean, Poland is not the country I left 20 years ago,” she said.

She figured she’d move back to Europe when she was retired. But with Mastalerz approaching retirement, “me needing a new adventure, and seeing what’s happening on the energy market, I felt it was time to transition into something else because I have at least 17 years before I retire,” she said. “And then, four years from now, who knows what’s going to happen.”

As academic nonpaid with the IGWS, Drobniak will continue to work on projects like rare earth elements research and will maintain her IU email address. There are manuscripts still in review, other IGWS staff members to orient to her work, and collaborations still to come in a professional partnership that has lasted more than 20 years.

“I had an incredible time,” she said. “If I wouldn’t, I would be gone by now. But I just love working with Maria. So, this whole transition is kind of a bittersweet experience.”

Mastalerz feels the same way about their new, remote working relationship. They’ve collaborated successfully for so long because they understood each other’s strengths, and it will be different not having someone on the other side of the wall who understands and complements her so well.

“I’m quite proud of what we’ve accomplished together over the years,” Mastalerz said.

“I think this opportunity came for Agnieszka at the right time. It’s a great opportunity, and I think that great things will be done as a result of that.”