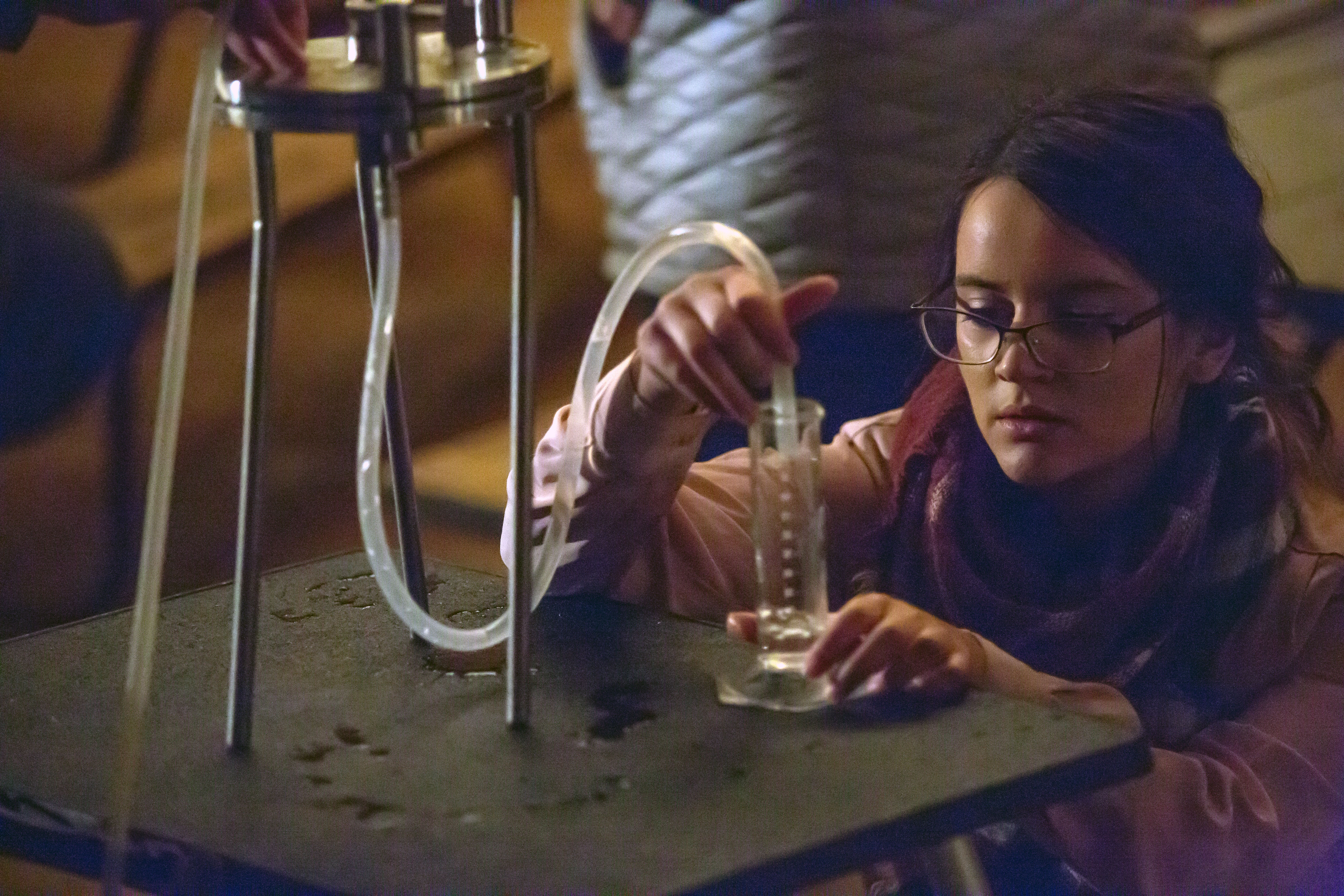 To those unfamiliar with hydrology and geology, “spring water” is often assumed to be infinite and pure—maybe even healthier than water you can get from the tap. But is that image supported by data?

During the fall seasons of 2019 and 2020, IGWS research scientists Tracy Branam, Sarah Asha Burgess, and Lee Florea, along with graduate students from the O’Neill School of Public and Environmental Affairs, collected samples from perennial springs in the uplands of southern Indiana. Their work was supported with a grant by the Indiana University Center for Rural Engagement (CRE).

In areas where lakes and rivers do not provide ample supplies of water, springs can be important resources for farmers and the local economy; water can be a limiting factor for businesses, homes, and tourism. Of course, water quality is important in addition to quantity. “We had a lot of spring owners interested in finding out results,” Branam said. “Some of them said they’d been drinking it for years and wanted to know if it was good or not, and others were wanting to develop it for either commercial selling or for livestock use or irrigation.”

As expected in a limestone-dominated environment, most of the springs are rich in calcium and bicarbonate. Other springs have waters that interacted with dolomite, and therefore have significant magnesium. A small number of highly mineralized springs in the area have historical significance from the early 1900s, when resorts, spas and sanitariums were built to capitalize on the “healing qualities” of these mineral-rich waters.

While none of the springs studied contained priority pollutant trace elements—such as lead, chromium, arsenic or cadmium—in levels above EPA standards for public drinking water supplies, several contain coliform bacteria, and particularly E. coli, some strains of which are related to animal and human wastes.

Data for individual springs was sent to private owners or government agencies requesting it. The IGWS does not have any authority to regulate water quality; it only collects and shares data, Branam told the CRE during a presentation last month.

The IGWS is currently creating a webpage where the data and approximate locations of these springs will be available to the public, subject to privacy restrictions. Springs data will be updated, and viewers will be encouraged to report springs that haven't yet been mapped.

For Burgess—who was a graduate student at the time—the research aligned with her work in caves of southern Indiana, supported by another CRE grant. Unlike the Upland Springs project, the Mitchell Plateau Critical Zone Observatory project was restricted to just Lawrence and Orange counties. It involved groundwater sampling twice a month for two years. With the help of Florea and Branam, Burgess investigated the connections between sulfur in groundwater, rocks, and petroleum, and how those connections relate to cave development and the chemistry of groundwater.

Making connections between Indiana University and surrounding communities has been a driver of the CRE’s work in general. So far, Burgess has created a poster for Owen County springs data, recently displayed at the Owen County Soil and Water Conservation District Water Day in Spencer. That kind of outreach and community information-sharing is what Branam would like to see in every county.

Burgess considers several of the people she met during these projects to be friends. “I think that there are a lot of good relationships to be built down there, and there is a lot of trust and community-building that has been done that we can continue with, if we do more work in these areas,” she told the CRE.

For Branam, the work has deep roots; he has studied groundwater for most of his 30-plus-year-career at the IGWS. Being able to do it in the place where he grew up makes it doubly meaningful. “I was born in this town; my family goes back several generations in this south-central part of the state,” he said. “… I really want to do what I can for the state, as much as I can to help the people of Indiana … who just want to make a living.”

In addition to the implications for nearby residents, understanding the quality and quantity of groundwater and how it relates to the geology and landscape through which it passes can factor into climate change research and planning. Long-term monitoring is critical to understand the connections between climate and groundwater in limestone landscapes like the Mitchell plateau, Florea said, and data from a network of researchers around the world is working toward this goal.

“The projections show that surface water is going to become even more scarce in Indiana in the coming decades, and that we’re going to have a drier dry season, wetter wet season and not much winter moving forward—the climate’s going to be more like Alabama—and our spring water resources are going to be very important,” Burgess added.

“And even more so, I think having people understand how complicated and fragile the earth that they’re living on is very important, and it doesn’t get there unless people who are doing that work talk to them.”