In the course of doing their normal work—drilling cores, studying outcrops, and looking for patterns in rock layers—two IGWS geologists believe they’ve found a fault and a fault extension in southern Indiana that haven’t been mapped before.

Don Tripp and Sarah Burgess were drilling south of the Mt. Carmel Fault east of Paoli off State Road 56 in November when they hit a line of sinkholes. They moved the drilling downhill and hit something they didn’t expect to see: St. Genevieve Limestone instead of rocks of the West Baden Group, as well as fractures and voids in the core. This, Burgess explained, was evidence of an anticlinal structure—an arch-shaped trap below the surface that could contain, gas, oil, or water. Those structures are formed by pressure squeezing rock layers into folds.

More data came from studying rock types and elevations at Mitchell Plateau outcrops in Washington County. Before going out to a site, Tripp runs through some trigonometry calculations so he can anticipate what type of rock will appear at specific points. His predictions are usually accurate to within about 5 feet, but if they're off by 30 or 40 feet, there could be “something going on,” like a fault. In mid-January while back in the field, Tripp and Burgess noticed a drastic difference among their data points in the elevations where stratigraphic layers met. That displacement is called offset. Among these points—south of Salem, near the Blue River—they were seeing 70 to 100 feet of offset.

Based on their data, they believe that the Mt. Carmel Fault extends 6 to 20 miles further south of where it was previously mapped in Washington County, and that a different but probably related north-south fault exists about 10 miles to the east, southeast of Salem.

When the weather warms up, they’d like to take a boat out on the Blue River to find outcrops and gather clues like fault gouges from the more visible rock layers. They also could conduct seismic reflection or refraction using their drill holes to produce images of what’s going on in the deep subsurface.

Burgess has done some exploring of the area underground, at Cave River Valley on the Mitchell Plateau north of Campbellsburg. From that vantage point, one can see evidence of faulting in slickensides—sections of rock that have been rubbed smooth because of shifting. 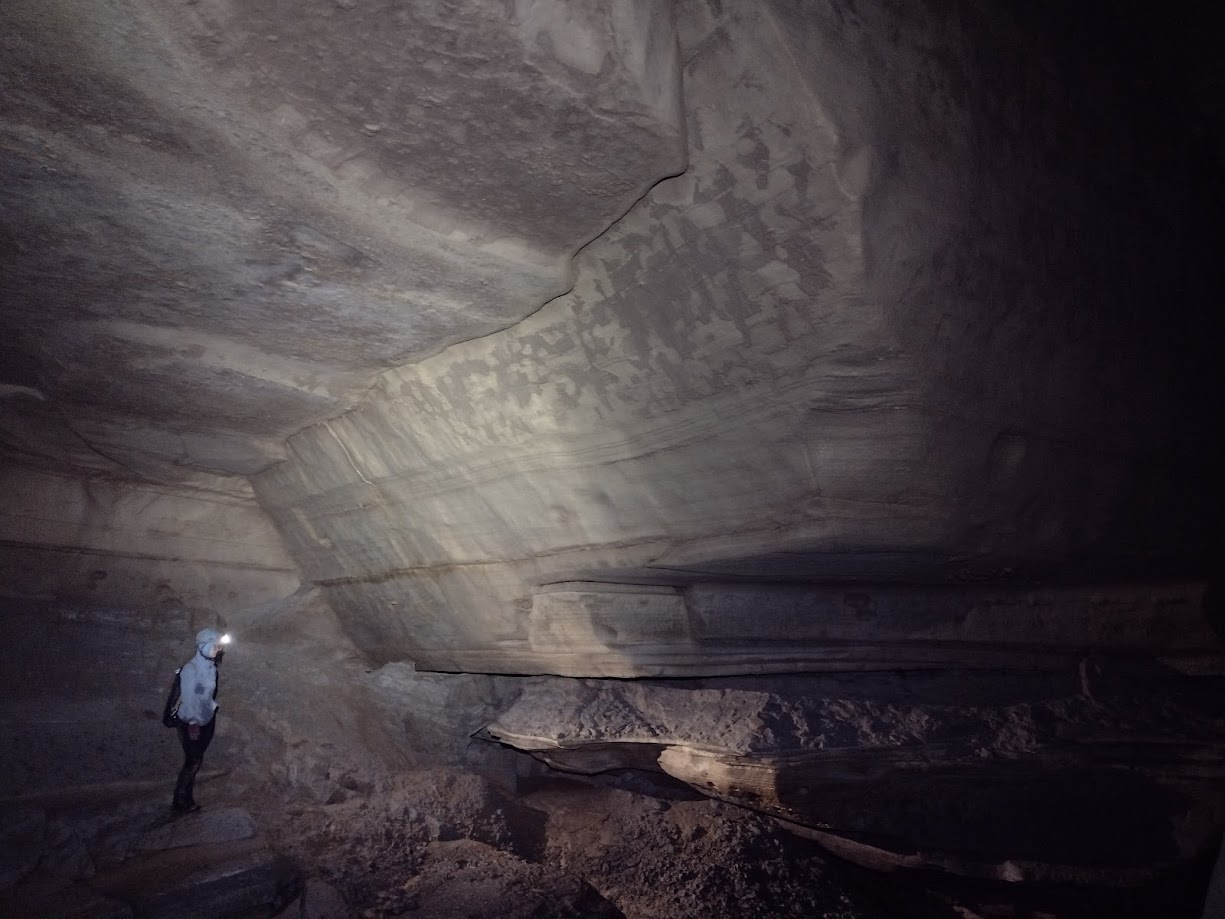 Burgess believes that the chemical makeup of rocks in this area may be one reason why these faults haven’t been mapped before. The Mitchell Plateau is made up of carbonates, so they dissolve in acidic groundwater and can erode to the point where they can look flat even though they’re different kinds of rock, she said. “So, there’s not a good surface expression of the fault, even though it’s a very big (fault) system and it’s unlikely to just stop (at the point where it was previously mapped to stop),” she said.

Though faults are most broadly associated with earthquake danger, Burgess said these faults are not in a very active zone, so there’s “not a lot of concern” for damaging earthquakes in this region. What faults can point to are trapped resources such as springs, oil, and natural gas. IGWS staff already had mapped several perennial springs in this region for a separate project—another clue that faults may be present—and Burgess noted that several exploratory oil wells had been placed in this region.

“It’s less of an earthquake hazard and more of part of a predictive feature of some natural resources,” she said about the new fault data.