From the steps of settlers’ cabins to the steeple of the National Cathedral, Indiana-quarried limestone is known nationwide as both a “workhorse of building stones” and a symbol of permanency. “You don’t put up a building with limestone to express anything but permanence,” said sculptor Dale Enochs in “Stories in Stone,” a book by David B. Williams which devotes a chapter to Bloomington’s stone industry. “The Salem (limestone) isn’t a screaming, sexy material,” Enochs said. “It has humility. I liken it to Indiana. It’s part of us.”

It is also “The Nation’s Building Stone,” trademarked. And because of the stone’s history interbedding with local history, June in Monroe and Lawrence counties is heralded as Limestone Month.

The Indiana Geological and Water Survey will celebrate on Saturday, June 4, with its first, free, family-friendly Limestone Month Festival. Learn more about that event here. 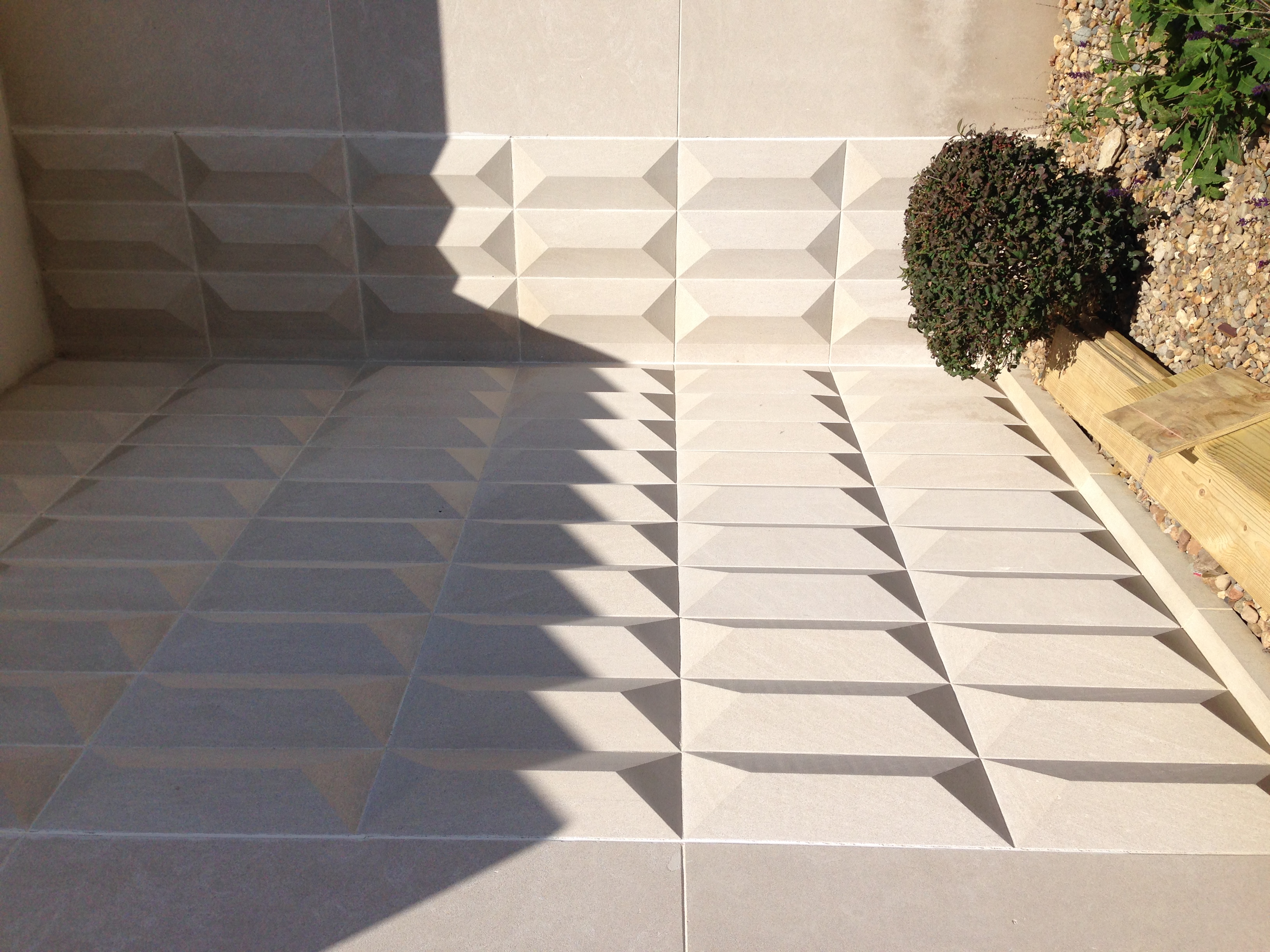 It’s Todd Schnatzmeyer’s job to celebrate Indiana limestone every day. He’s president of the Indiana Limestone Institute of America (ILIA), an agency which supports the limestone industry and promotes the advantages of using this stone in building projects.

The ILIA is headquartered in the limestone-clad geology and geological survey building, on the mostly-limestone IU Bloomington campus. There are a lot of reasons why it’s a popular and sought-after building material, Schnatzmeyer said: “its consistency, ease of fabrication, availability, and of course, as a natural stone, it has inherent fire resistance.”

Between 1835 and 1904, a series of major fires in major cities inspired new building codes and ushered in a limestone building boom. Many universities built in the late 1800s to mid-1900s—IU among them—chose limestone as canvases for Collegiate Gothic and Art Deco architecture.

Indiana limestone has been used structurally or decoratively on so many monuments and iconic buildings—Grand Central Station, Ellis Island, and the Empire State Building in New York City; The Pentagon and the Lincoln Memorial in Washington, D.C.; and 27 U.S. state capitol buildings among them—that it’s no wonder it’s known as The Nation's Building Stone. In fact, its prominence led to Indiana leaders being accused of favoritism by senators from other stone-producing states. A federal law passed in 1915 had required post offices having gross receipts between $60,000 and $800,000 to be faced with sandstone or limestone, leading to more than 750 Salem-skinned post offices nationwide, Williams wrote. 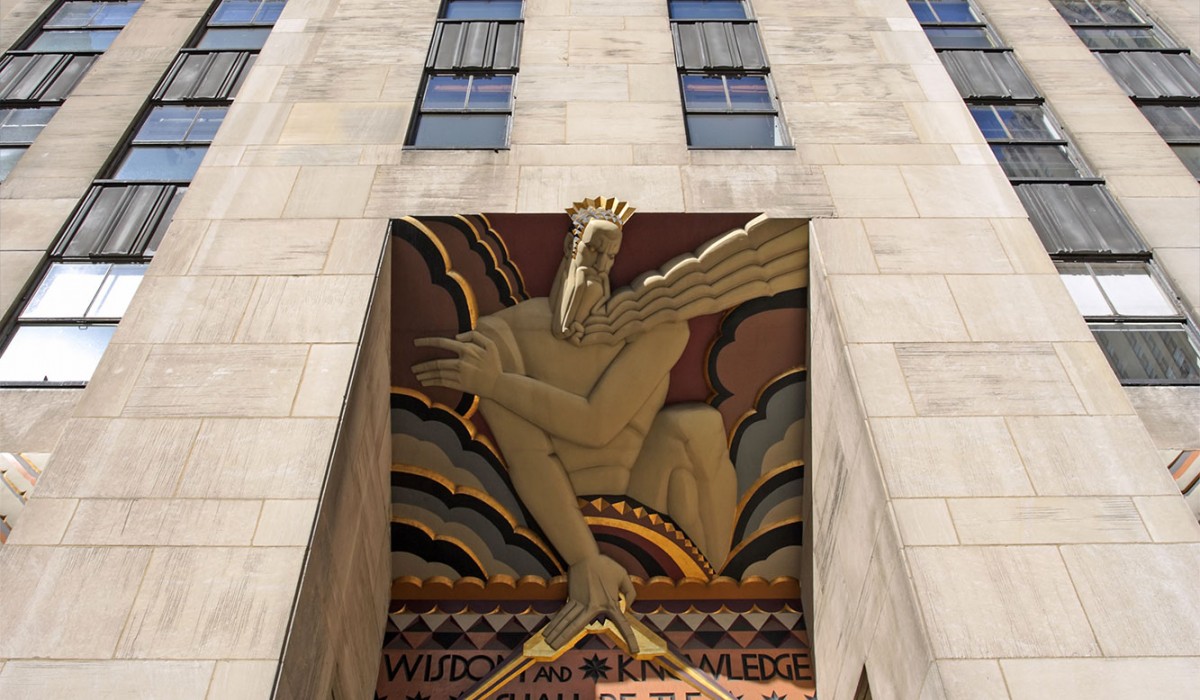 The first commercial limestone quarry in Indiana’s stone belt opened in 1827 in Stinesville. Indiana has been a leading producer of dimension stone ever since, ranking third among all states for tonnage produced, according to a 2022 U.S. Geological Survey report. Limestone sales from Monroe County were estimated at $3 million around 1911 and $175 million in 2011. The industry also attracted talented cutters and carvers from around the globe, helping to grow the area’s population in the early part of the 20th century.

While the building stone industry sees certain grades and colors of limestone to be most valuable, geologists often find the less homogeneous-looking stones to be the most fascinating. Limestone is composed of calcium carbonate, which came from skeletons and shells building up over the millions of years Indiana was covered by a shallow sea. “The limestone itself is essentially a death assemblage of bryozoans and echinoderms with a few other fossils thrown in,” said Todd Thompson, IGWS director, whose research over the past 30 years has been primarily in shoreline behavior. Standing inside a quarry, geologists can see a story in stone; they can point out where ancient sandbars existed and imagine what that environment looked like when it was alive and undulating.

“I like trying to figure out why the deposit is here and why it has the characteristics it does that makes it such a useful building stone,” Thompson said about his fascination with Salem Limestone. “And more recently, with the new saws they use in the industry, they essentially give me a polished outcrop and I get a chance to see features within the limestone that you would normally not see.”

From the industry perspective, Indiana limestone is still an important economic treasure. Its compressive strength is such that it can support bridges and buildings. It can be carved, turned, or planed into artwork. It’s a material that endures for generations, and if repairs or additions are ever needed, matching stone can be found. It’s also among the most cost-efficient of the natural building materials and requires little to no maintenance. “Though only found in three small Hoosier counties, the supply is virtually limitless, and just like the projects built with the product, is expected to last for several hundred years, through many generations,” the ILIA says on its website.

Thompson, Schnatzmeyer, and frequent limestone campus tour leaders Brian Keith and Polly Sturgeon will all be at the June 4 Limestone Month Festival to share their knowledge of Salem Limestone. If you can’t make it, these links are good resources as well:

• IGS paper (1982) by John Patton and Don Carr: “The Salem Limestone in the Indiana Building-Stone District"

• StoryMap (2016) with many historical photos

• Brochure (2019): “Follow the Limestone: A walking tour of Indiana University”