“Welcome home,” Bill Elliott told us as we stood outside the Rapp-Owen Granary building on the campus of Historic New Harmony.

More than 160 years ago, this three-story, stone-and-wood barn was the center of the universe for geologic study—not only for Indiana, but also for the nation. Until the Smithsonian Institution was built in Washington, D.C., in 1856, the tiny, riverside hamlet of New Harmony would be home to one of the most preeminent collections of geologic specimens—and to scientists learning and spreading knowledge about geology—in the United States. 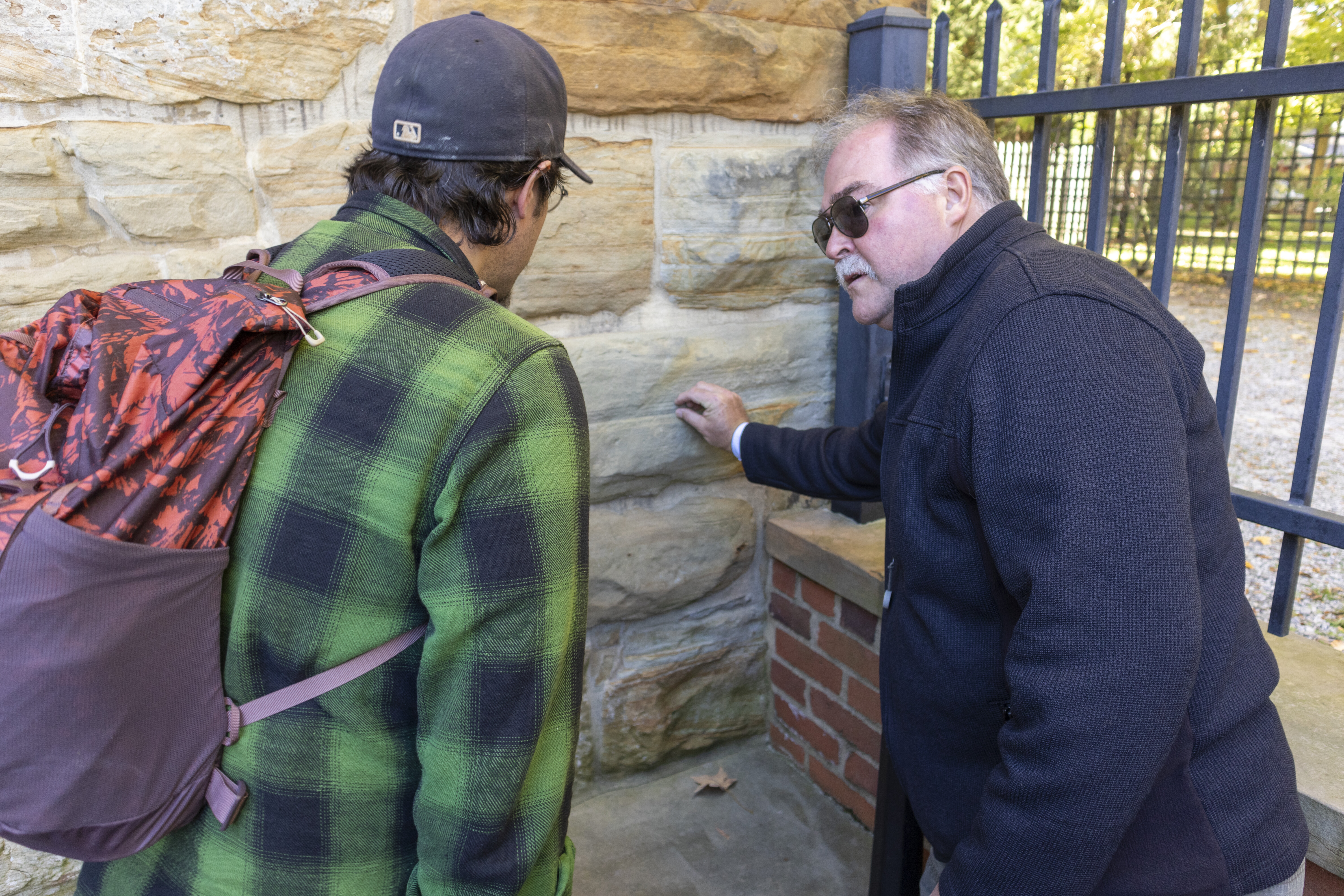 On Oct. 21, about 15 members of the Indiana Geological and Water Survey staff took a daylong fieldtrip to the state historic site. The 20,000-acre area along the Wabash River is now managed jointly by the University of Southern Indiana and the Indiana State Museum and Historic Sites. IGWS staff—many of us non-geologists working in the information services division or new to employment with the IGWS—listened and learned in the same building where Indiana’s first state geologist, David Dale Owen, constructed a laboratory, assembled teams of experts, and disseminated geologic knowledge to everyday folk in hopes that they might more fully understand the effects of their actions upon the land’s resources, and act accordingly.

For this trip, Elliott, chair of USI’s geology, physics, and environmental science department, was our professor, along with Peggy Fisherkeller of the Indiana State Museum. Claire Eagle, interim assistant director of Historic New Harmony, walked us through the finer points of living in New Harmony.

It was built as a Christian separatist commune by the Harmonists (a.k.a. Rappites) in 1814, and reestablished in 1825 by David Dale Owen’s father, the Scottish industrialist Robert Owen, and geologist William Maclure as a mecca of scientific and artistic study “where education and social equality would flourish.” Neither of those social experiments lasted; the Rappites left New Harmony when Christ did not reappear as prophesied, and the Owenite utopian community had dissolved by 1827. 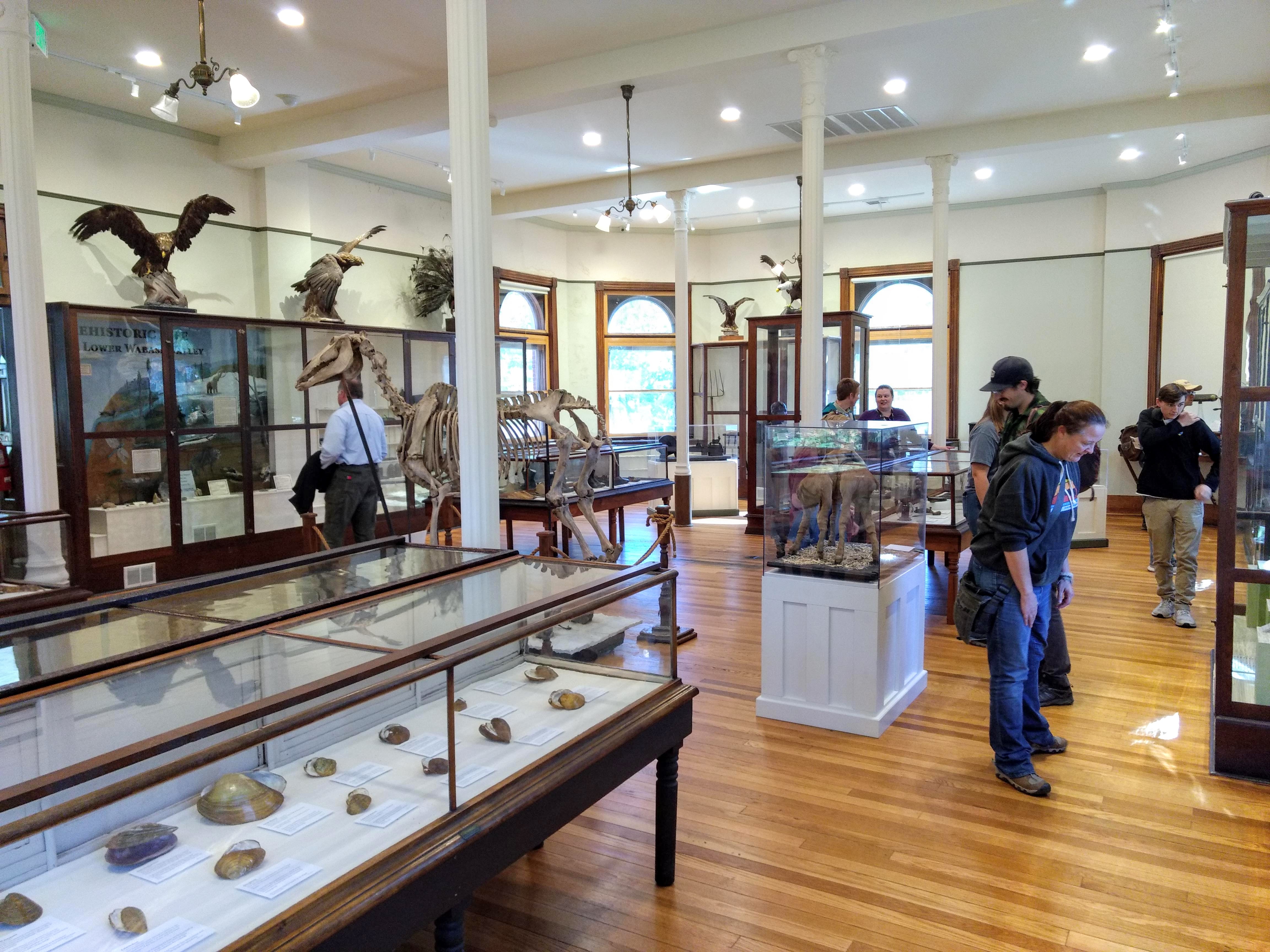 However, “the true legacy that Robert Owen left at New Harmony was his sons,” wrote W. Thomas Straw and Paul K. Doss in a 2008 field guide to the site for the Geological Society of America. Those were “Robert Dale, who became a statesman and is credited with being the prime mover in establishing the Smithsonian Institution; David Dale, a geologist renowned for his organizational skills; and Richard, also a geologist, who was a successful officer in the U.S. Army, a professor at Indiana University, the first president of Purdue University, and a community leader.” 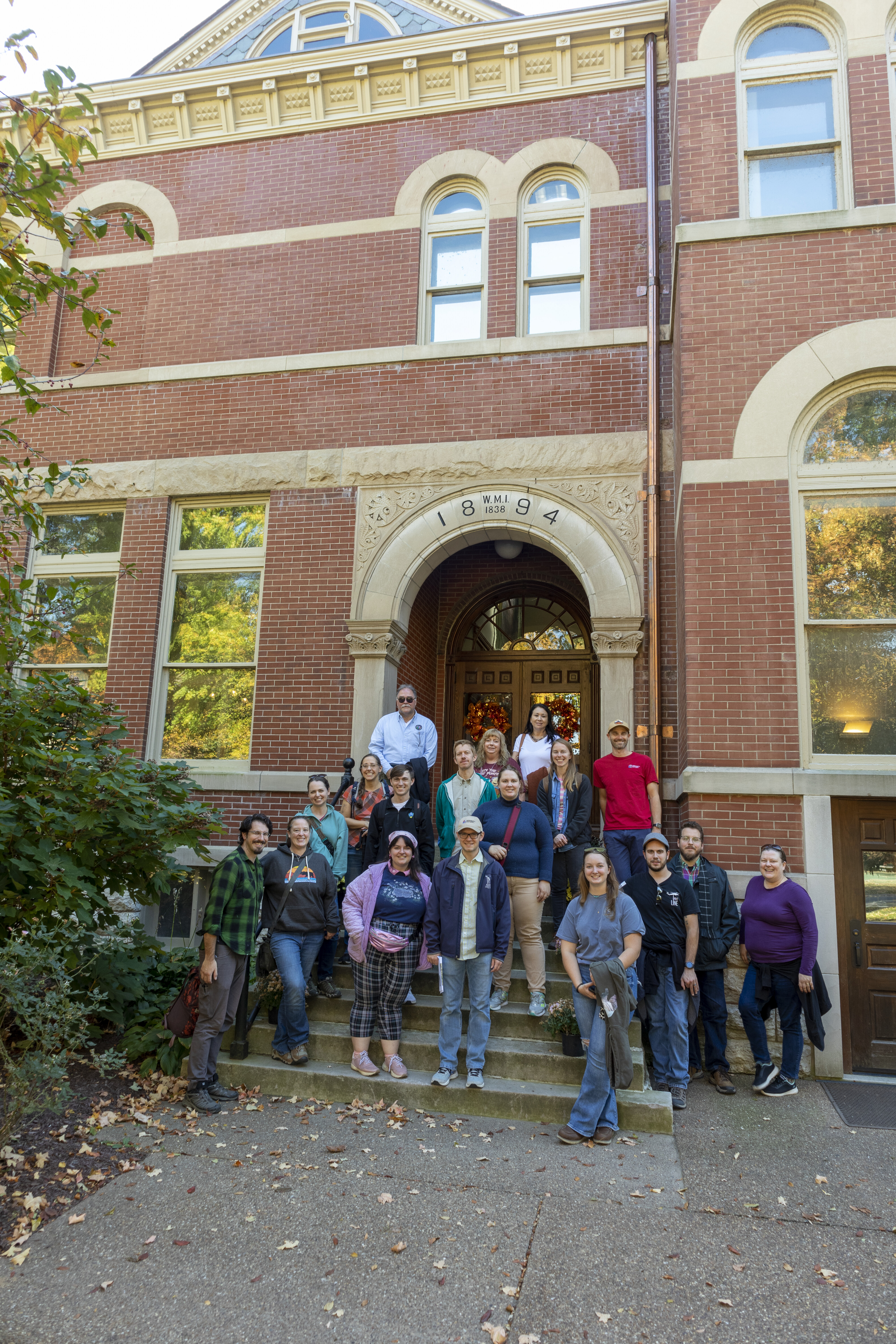 David Dale Owen started his geologic survey of Indiana in 1837. Within 18 months, he had gathered samples and notes across the entire state, much of it on horseback, then wrote a voluminous report which informed Hoosiers of the significant resources below their feet. Owen went on to lead or assist with surveys of eight other states and to serve as state geologist of Kentucky and Arkansas before returning to the state geologist job in Indiana in 1859, which he continued until his death—from overwork—in 1860.

During the Owens’ tenure at New Harmony, the town became headquarters to federal geologic surveys; David Dale Owen is credited with setting the precedent for them and for the establishment of the U.S. Geological Survey. Countless men who were trained in geology at New Harmony or on a field expedition went on to spread that knowledge nationwide; their surrogates served as state or U.S. geologists in Oregon, Washington, Texas, Illinois, and at the Smithsonian. Richard Dale Owen and Edward Travers Cox—who were also at New Harmony—became the second and third state geologists of Indiana.

“If you were a geologist in the early- to mid-19th century, this was really the place to be,” said Todd Thompson, the 16th state geologist of Indiana, gazing around the room where many predecessors once practiced.