Explore with the Association for Women Geoscientists by Sara Clifford

When IU geology professor Andrea Stevens Goddard went on an extended fieldtrip to Mongolia last month, she had to plan for a need that the rest of the all-male team did not: How she was going to feed her infant. Throughout her 15 years of studying and working in the geosciences, it hasn’t been unusual for her to be “one of the few women in the room.” She knows it can cause students and even professionals to question whether they belong and whether they can do the job when they see few examples of people like them working in the field they love. 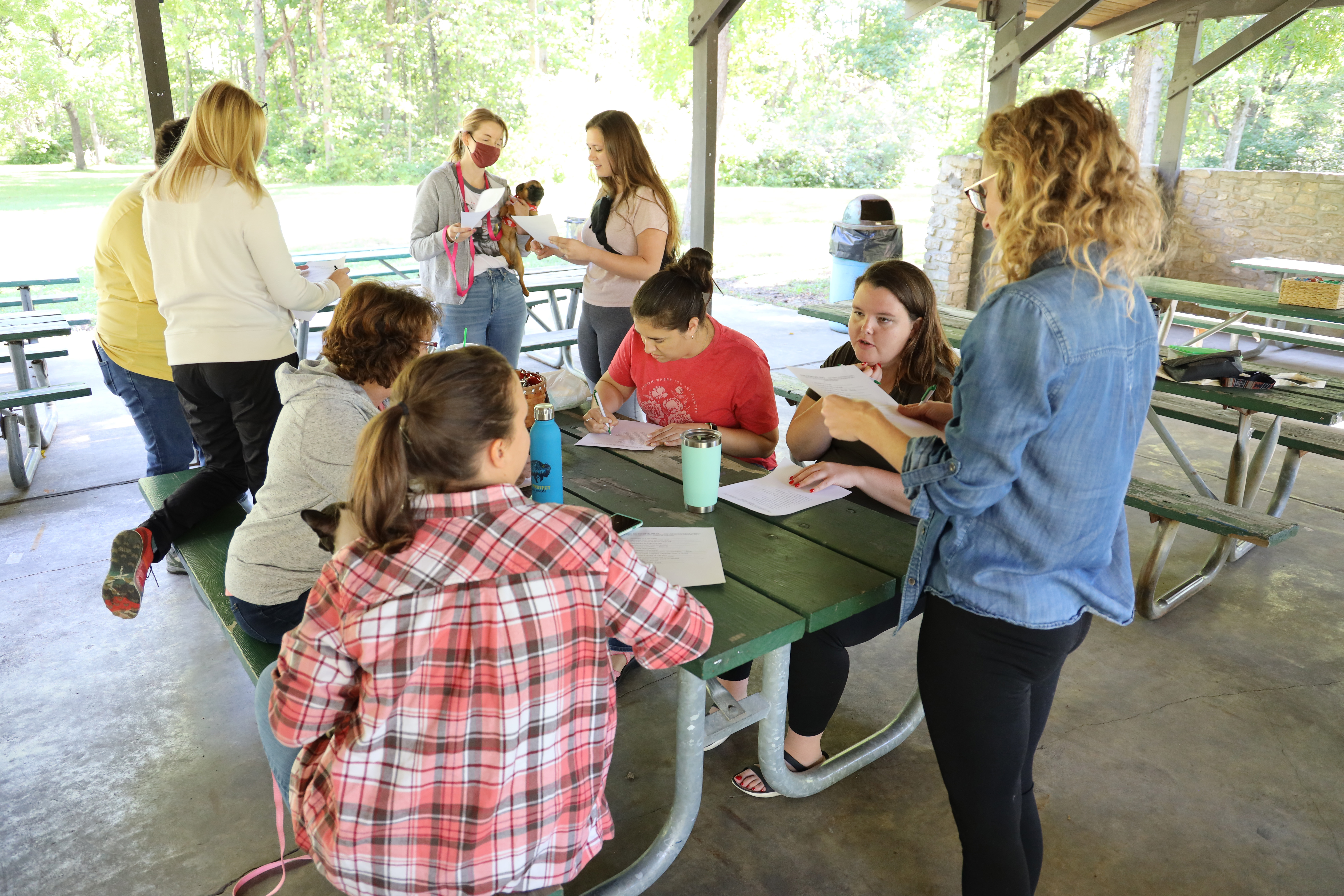 About a year ago, Stevens Goddard and other Indiana-based women started a Central Indiana Chapter of the Association for Women Geoscientists (AWG). At one of their first meetings, “We were saying, ‘It’s so nice to be able to talk to a room full of women who do the same thing professionally.' So, we can talk about this (work), but also, ‘I was up a lot last night because I had a baby who was teething,’ which is not something you normally talk about at your job because you just compartmentalize a lot.”

AWG is a global organization “devoted to enhancing the quality and level of participation of women in geosciences and to introduce girls and young women to geoscience careers.” AWG has more than 1,000 members affiliated with the national organization or a regional chapter. So far, the Central Indiana AWG has about 30 members who are students, professors, or professionals at various levels of career experience, and about 50 to 60 people total who’ve asked to be kept in the loop. Stevens Goddard is the membership coordinator.

The use of “for women” instead of “of women” in the name is intentional; you don’t have to be a geoscientist or a woman to join the organization or to participate in events. “We welcome friends and family to go along or go to picnics. People have brought kids, dogs, parents who just want to come and learn things,” she said.

The next AWG event is scheduled for Saturday, Sept. 24 from 1 to 4 p.m. IGWS Director and State Geologist Todd Thompson and IGWS volunteer affiliate Brian Keith will lead a fieldtrip to two Bloomington-area quarries and to a roadcut that each show different aspects of the world-famous Middle Mississippian Salem Limestone depositional environments. Bloomington-area attendees can meet at Cascades Park in Bloomington; an Indianapolis carpool is being organized from Enviroforensics. Thompson advises participants to “bring footwear that can get very muddy.”

Meeting and event frequency has been roughly every couple months but the group is always open to suggestions. They’ve been trying to offer a mix of in-person and virtual events, vary the locations so that people from different areas of the state can participate, and to rotate among professional development, networking, fun, and service-type events. They’ve planted a tree, hosted a virtual trivia night, organized a hike and picnic, and were able to go behind the scenes of a paleontology collection at an Indianapolis museum. This month’s event will be a mix of networking and fun.

“Most geologists love fieldtrips – the thing that grabbed a lot of us was realizing we could do that – but also … a lot of people are going through the licensing process at different levels, and so it’s a good opportunity to be able to talk to the state geologist and other people,” Stevens Goddard said. “Also, there are always little organic conversations, like, ‘I’m coming up for this test; does anyone want to study?’ And it’s nice to find new people, to find women to help with the details of things.”