Two are 2022 college graduates exploring career options. One is wrapping up a master’s degree in geology. Another is a medical-track undergraduate whose family and friends asked, “What are you doing?” when she applied for and received an internship at a geological survey.

The four students, Kevin Woeste, Alex Martinez, Kilauren Driscoll, and Abbey Martin, are the Indiana Geological and Water Survey’s inaugural class of Paul Edwin Potter Interns. They started in mid-July and will continue working with IGWS researchers until at least the end of August.

Potter, a geologist and professor in the Midwest and South America, died July 4, 2020, at age 94. He worked at Indiana University from 1963 to 1970. His estate granted $1 million each to the geological surveys of Indiana, Illinois, Ohio, and Kentucky to establish “summer internships for worthy and deserving geology students and other persons involved in high school, college, or post-graduate master’s education (excluding Ph.D candidates) in the field of geology.” The IGWS will be receiving a percentage of the endowment each year to hire Potter interns to work on “geologic problems linked to Indiana.”

Applications will be taken in mid-September for two IGWS interns for the upcoming fall semester, then late next spring for four interns for summer. 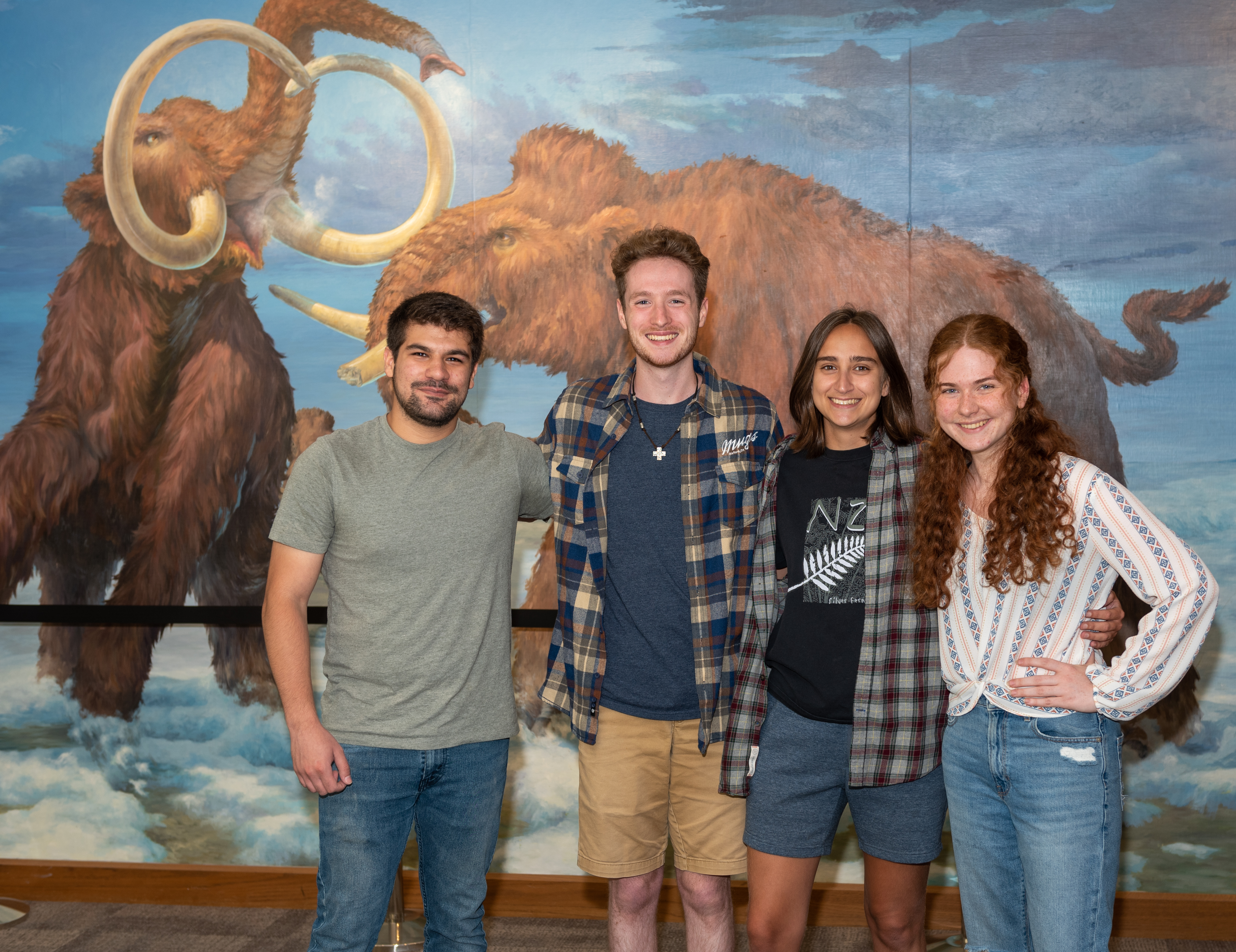 Martinez earned a bachelor’s degree in earth and atmospheric sciences from IU this year. Davis was a guest speaker in one of his classes, he approached her for career advice, and she told him about the internship. “I didn’t really know what to expect when I got here because COVID really affected a lot of my classes and whatnot, so I never really got hands-on experience with anything. And now I got this internship where they’re showing me all this cool stuff, like, ‘Yeah, cut this open and look at it,’ use this machine, use that. This is fun,” he smiled. “I like messing around with this stuff.”

Martin is an IU junior and biology major on a steady track to becoming a specialist medical doctor. She had planned to take summer classes, and when that didn’t work out, she applied for several internships in biology. She wasn’t called for any of them. She didn’t expect to be picked for the Potter program, considering she had no background in geology, but she’s glad to have the opportunity to sample another facet of science.

“I had absolutely no expectations, and no knowledge at all either, so this has been a really fun exploratory process,” she said. “I love science in general, but exploring different fields is something that I don’t really get the opportunity to do in college; you kind of get set on one and you’re stuck in that path until you gradate. So, doing this has been really, really fun and interesting and a lot more fulfilling than I was expecting.”

Woeste and Driscoll are working with Davis, Don Tripp, and Robin Rupp to gather map data using a Tromino tromograph, which reads seismic data from sondes placed in the ground. Analysis of the data points and control points helps determine the depth of unconsolidated sediments and, ultimately, the elevation of the bedrock surface.

Driscoll will receive her master’s degree in geology this year from the Missouri University of Science and Technology. She appreciates all the hands-on experience she’s gaining in the field and says the internship has given her a lot more insight into what she might want to do career-wise. “It’s been a great learning experience learning how to operate the instruments, finding out what does and doesn’t work in terms of where to collect data, how to collect it and how analyze it. It’s been great to learn about the different projects going on at the survey and to know that I get to be a part of it—not to mention how friendly and welcoming everyone on staff has been!”

Woeste earned a bachelor’s degree in geology from Miami University in Oxford, Ohio. He knows he wants to enter a master’s program, but he doesn’t know what he wants to focus on because several topics interest him—paleontology, stratigraphy, and scientific communication among them. He decided to reach out to a family friend for advice, Gary Motz, formerly assistant director for information services at the IGWS, and stumbled across the internship posting while looking for an email address. Having studied minerology and petrology before, he appreciates this immersion in geophysics—but it’s also making his career and education decisions harder as he’s learning about so many more possible dimensions of study.

“I now have literally no idea what side of geology I want to go into, because I’ve enjoyed all of them,” he said.