The Great Lakes SedHeat Network (GLSN) is a diverse working group of scientists and engineers who collaborate to advance the development and deployment of geothermal technologies throughout the Great Lakes region and beyond. It is part of the broader SedHeat Research Coordination Network funded by the National Science Foundation and led by the Texas Christian University Energy Institute. The GLSN was launched in 2018 from an incubator workshop organized by researchers at Case Western Reserve University (CWRU) and Indiana University (IU).

Rationale for the 2018 workshop 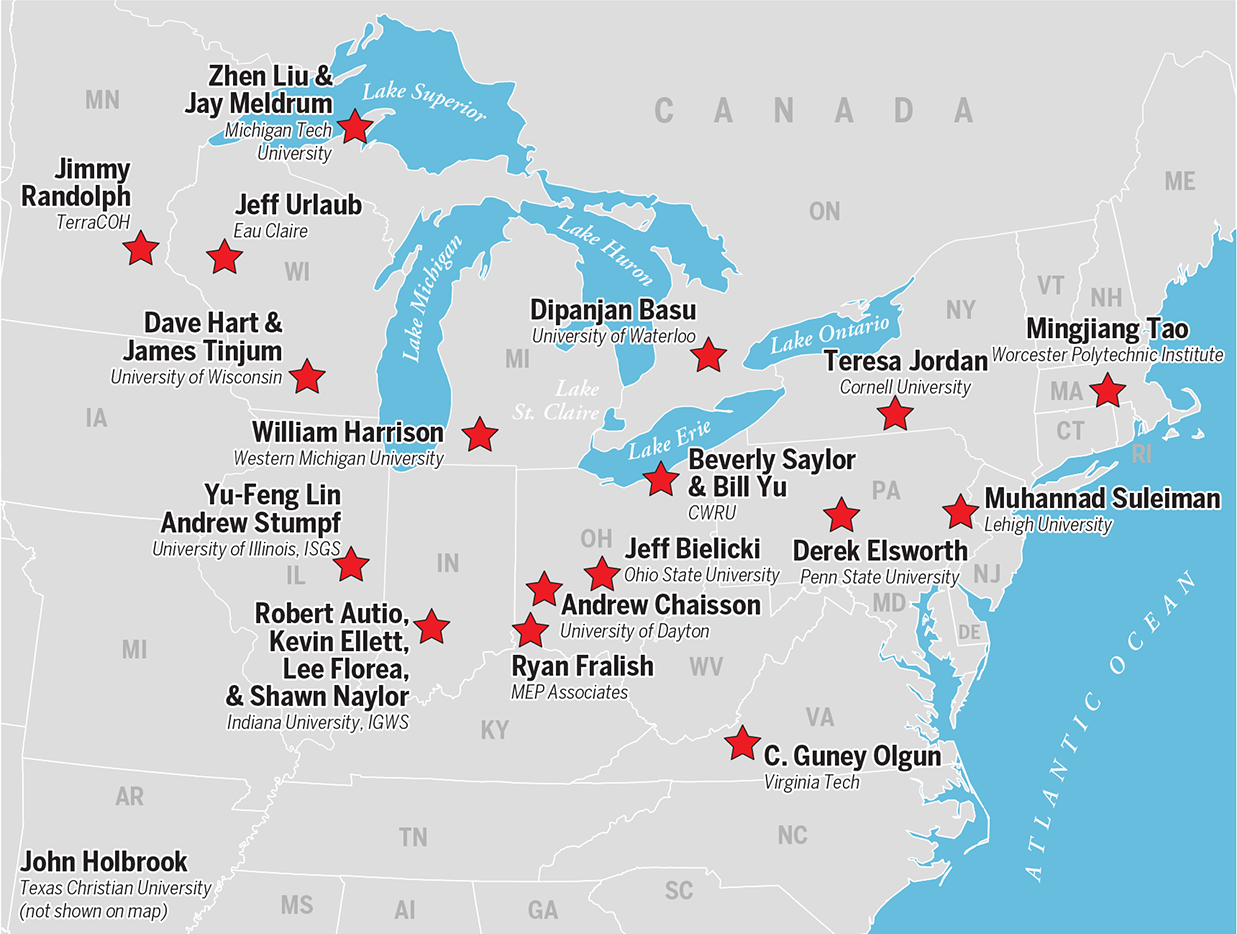 Geographic distribution of participants in the 2018 GLSN Workshop

Furthermore, extensive underground mining has created an enormous resource of abandoned mine water reservoirs for heat transfer that is virtually untapped throughout the region. Other opportunities such as the repurposing of depleted oil and gas reservoirs, shallow soil-borehole energy storage systems, or deep well enhanced geothermal systems in areas of anomalously high heat flow have not been explored in this region. Finally, the relative abundance of large stationary CO2 emitters co-located with thick sedimentary basins suggests that there may be great potential for the development of multifluid geoenergy systems in the Great Lakes region. Such systems could combine geothermal energy production with grid-scale energy storage, geologic carbon sequestration for climate change mitigation, and co-production of valuable minerals from brines as a strategic approach to making large-scale geothermal resource development economically competitive.

Learn more about the research being conducted by GLSN members by viewing the 2018 Workshop videos on this website. If you are interested in joining the GLSN, please contact the co-directors: Xiong (Bill) Yu at CWRU and Kevin Ellett at IU.