The point of the Earth's surface directly above the center of an earthquake is called the epicenter. During the last two centuries, earthquakes having epicenters that originate in Indiana have been relatively minor events. However, this has not always been the case. Researchers have found dozens of ancient sandblows (figs. 1 and 2), which give evidence that at least six major earthquakes with epicenters in Indiana happened during the last 12,000 years. The largest of these appears to have had an epicenter at or near Vincennes; that event is estimated as having been more powerful than the Northridge earthquake that struck the Los Angeles area in January 1994. (The Northridge earthquake killed 51 people, and seriously injured 9,000. It was the costliest earthquake in U.S. history.)

Geologists determine the ages of sandblows by using radiocarbon and other geologic dating methods on materials found in soil layers below, above, or at the same level as the tops of the sandblows. Archeological artifacts, including arrowheads, were found at many sites and helped the date the earthquakes. 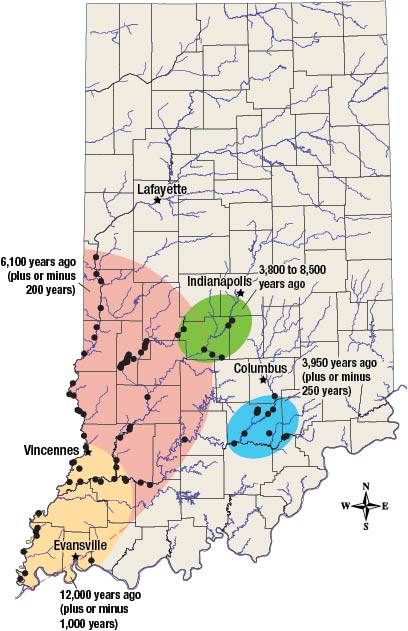 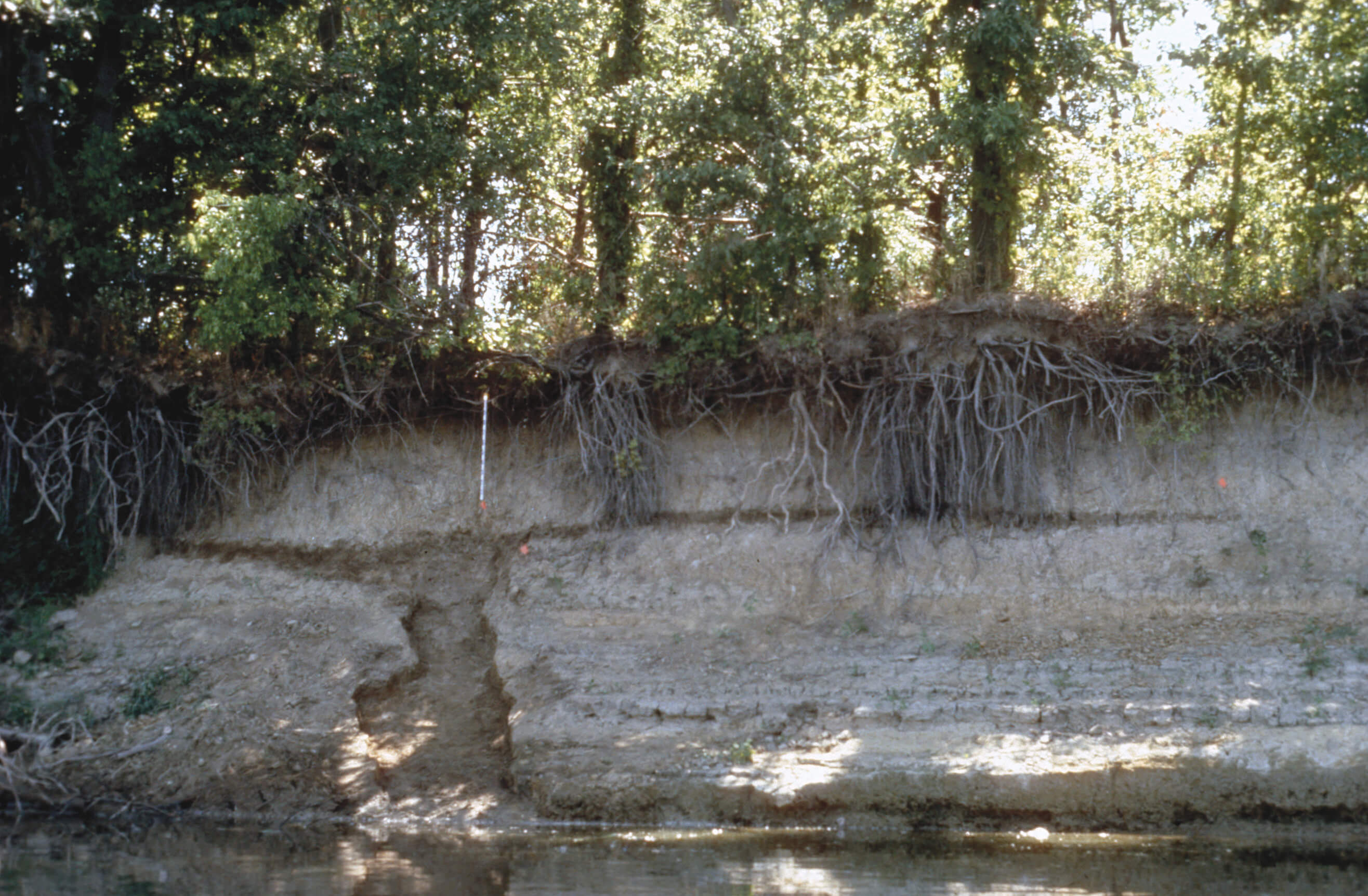 Figure 2. When strong earthquakes release their energy, violent shaking may cause layers of saturated sandy soil to behave like a fluid under pressure. This process is called liquefaction. Sometimes liquefied sand moves up through cracks in the overlying soil and flows out over the surface, creating a liquefaction feature (top diagram). The photo shows an ancient sandblow that was exposed in a bank of the Wabash River near Vincennes. Over time, the sandblow was covered by flood deposits.