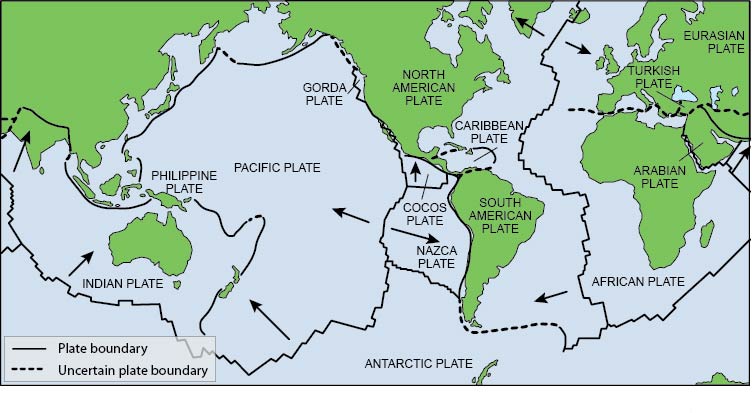 Figure 1. Map of the Earth showing approximate margins (bold black lines) of the major plates. Arrows indicate the general direction of plate movement. Most earthquakes are triggered when plates grind past each other laterally, as they do in California, or vertically, as in Alaska or South America. Earthquakes felt in Indiana are the result of stresses transmitted inward from the boundaries and, perhaps, the base of the North American plate. 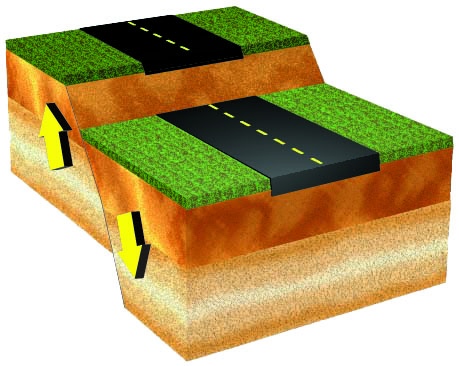 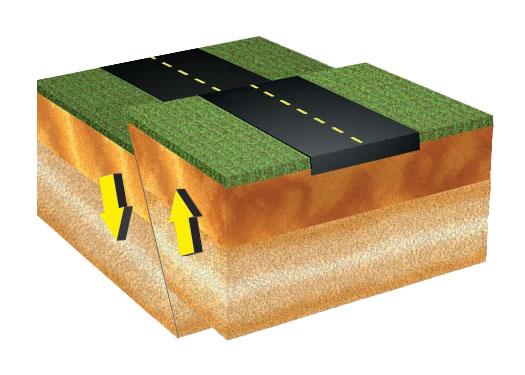 Figure 2. If movement along a fault is horizontal, the fault is called a strike-slip fault.

If the rock mass above an inclined fault plane moves down, the fault is referred to as a normal fault. The majority of known faults in Indiana are normal faults. 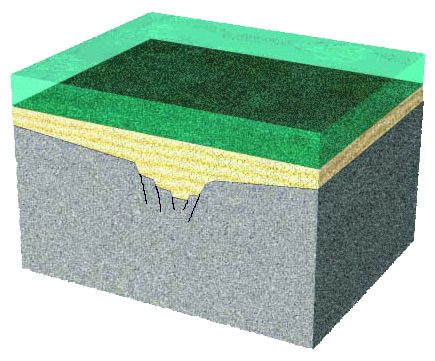 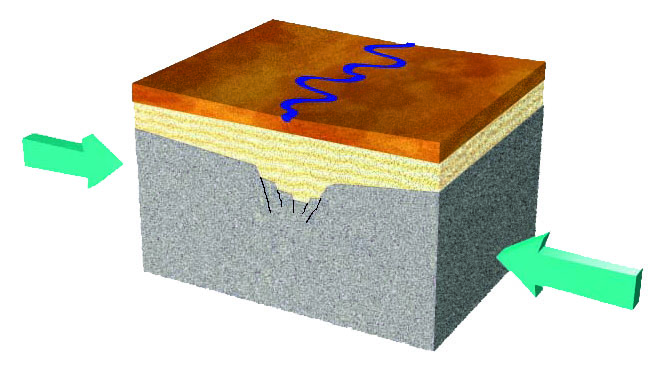 Figure 3. Generalized representations of rift development in the Midwest. Opposing forces pull the plate in different directions (top). Rifting ceases and the resulting fractures are buried by sediments that accumulated in a shallow inland sea covering much of what is now North America (center). At present, the North American Plate is pressing against the Pacific Plate, causing compressional forces to bear down on the central United States, occasionally causing earthquakes as the squeezed rocks periodically break apart (bottom). 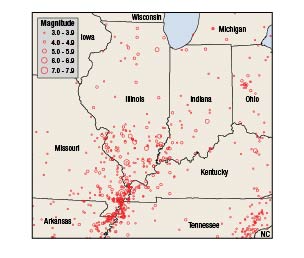 Figure 4. Map of Indiana and surrounding states showing earthquake epicenters that occurred from 1795 to 2008. The relative strength of the earthquakes is indicated by the size of the circles. Only earthquakes that were strong enough to be felt are shown on the map.

An earthquake is caused by the sudden release of energy that results when rock in the Earth's crust is under so much stress that it suddenly breaks. The split masses of rock then grind past one another as they are pushed by the forces that caused the stress. The area of contact between the grinding masses is called a fault. The direction of motion of each of the rock masses may be horizontal, vertical, or a combination of these motions. The force that causes the stress within the rock is a result of the movement of giant plates that make up the Earth's outer layer).

The forces that move the plates create stresses within the Earth's crust and can cause the crust to suddenly fracture. The area of contact between two fractured crustal masses is called a fault. Earthquakes result from sudden movements along faults, creating a release of energy. Movement along a fault can be horizontal, vertical, or both (fig. 2).

Studies show that about one billion years ago, the crust under the central United States was pulled apart (fig. 3). This rift did not completely separate the crust into individual plates, but it did create zones of faulting in the Mississippi River Valley region.

Many earthquakes have occurred and continue to occur in the New Madrid and Wabash Valley Seismic Zones, from northeastern Arkansas through southern Illinois and southwestern Indiana (fig. 4).

Indiana has dozens of faults, but unlike California's famous San Andreas Fault, nearly all of them are buried or difficult to see at the surface. Researchers have mapped some faults in Indiana using evidence found in oil and gas wells and in outcrops, but they also employed a method called seismic reflection profiling, which creates images of the rock layers below the Earth's surface. Many of the mapped faults in Indiana are in the southwestern corner of the state. These faults extend into Illinois and northern Kentucky and are collectively known as the Wabash Valley Fault System. Because the crust is weak in this area, the faults are likely candidates for future movement.

Indiana earthquakes that occurred during the last 200 years are the result of movement along faults that are more than 6 miles below the surface. Because these faults are so deep, combined with the nature of rock layers at depth, it is difficult for seismologists to successfully map earthquake-generating faults using remote-sensing techniques. Unfortunately, the best method available for mapping these faults is to wait patiently for the next large earthquake, then determine the precise location of the aftershocks using sensitive portable seismometers. Much more research is needed before scientists understand the full extent of faulting beneath Indiana and the potential for movement along those faults.