Coal in the U.S. and Indiana

Coal in the United States 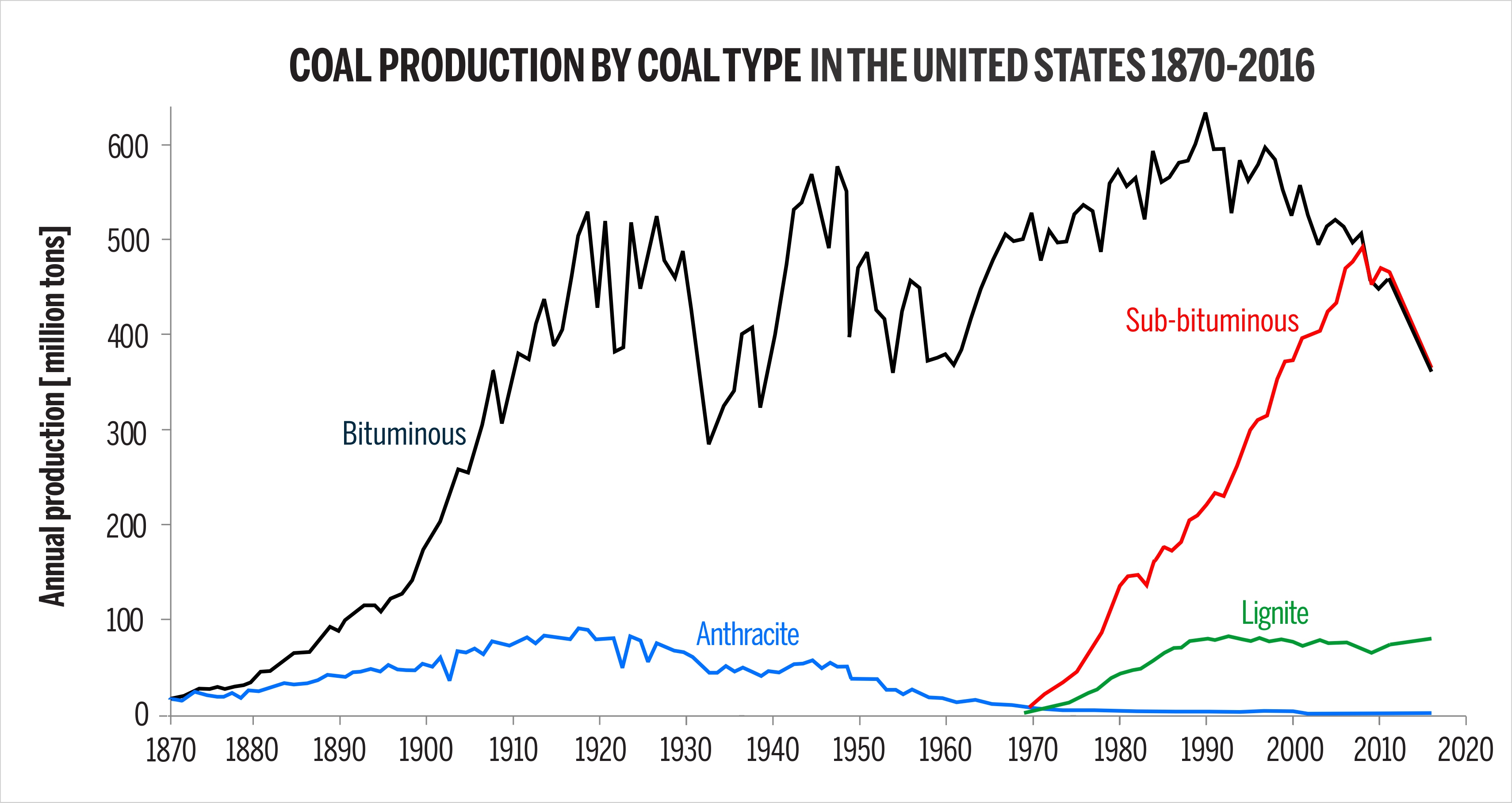 Coal has been one of most valuable natural resources since the 1300s when the Hopi Indians used it for the first time. European settlers began to use coal in the late 1740s and as immigration to the US grew and energy demand increased, coal production quickly climbed from 9.3 million tons in 1850 to 750 million in 1918. Eventually coal replaced wood as the primary energy source, and by the 1940s it provided up to 75 of US energy.

Bituminous coal was the first main target of US mining. This changed between 1843 and 1868 when more anthracite began to be mined. Anthracite was used in iron smelting, and this cleaner and smokeless alternative became the preferred fuel in cities. However, limited anthracite resources could not fulfill increasing demand. Production of sub-bituminous coal began to slowly rise; as of 2010 it was higher than bituminous coal production.

Until the 1950s coal was primary mined underground east of the Mississippi River. By the 1970s, the development of cheaper surface mining proved a viable alternative for the coal industry. Currently the Powder River Basin, the Appalachian Basin, and the Illinois Basin are among the largest coal producers in the US.

In the early 1950s, oil and natural gas became the primary source of US energy. Today, petroleum, natural gas, and coal provide 87% of US energy, and coal is used mostly for electricity generation, steel and liquid fuels production, and cement manufacturing.

U.S. coal production dropped 37% in the last 10 years, from over 1.2 billion to about 800 million tons in 2017, cutting the number of coal mines. Coal consumption declined due to the increased supply of cheaper and cleaner natural gas, growth of renewable energy sources, and rigorous environmental regulations. Coal provided close to 60% of US electricity in the mid-1980s, and only about 30% in 2017. From 1,436 coal-powered plants in the US in 2009, about 600 remain as they are shut down due to aging and environmental guidelines. 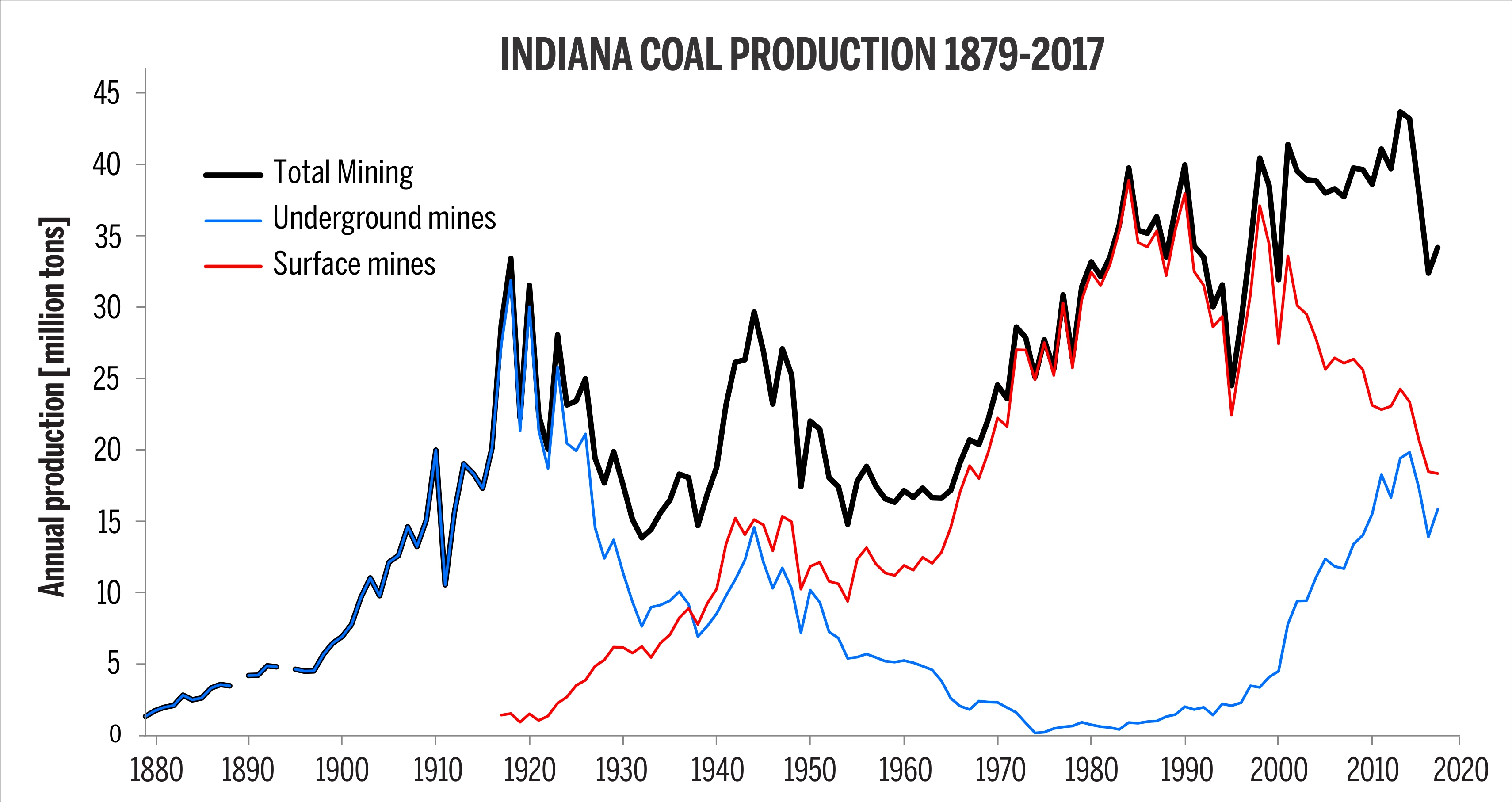 Coal in Indiana was discovered along the banks of the Wabash River in 1736. Organized development of Indiana’s coal resources began in the 1830s and by 1918, production exceeded 30 million short tons. Coal production declined following World War I, but underground (deep) mining remained the primary mining method in Indiana until the 1940s. Following World War II, the advent of large-scale excavation equipment made surface mining more cost efficient and by 1965, surface mining accounted for more than 80 percent of the state’s annual production. Surface mining continues to be the primary method of coal removal in Indiana, with nearly 70 percent of the current production coming from surface mines.