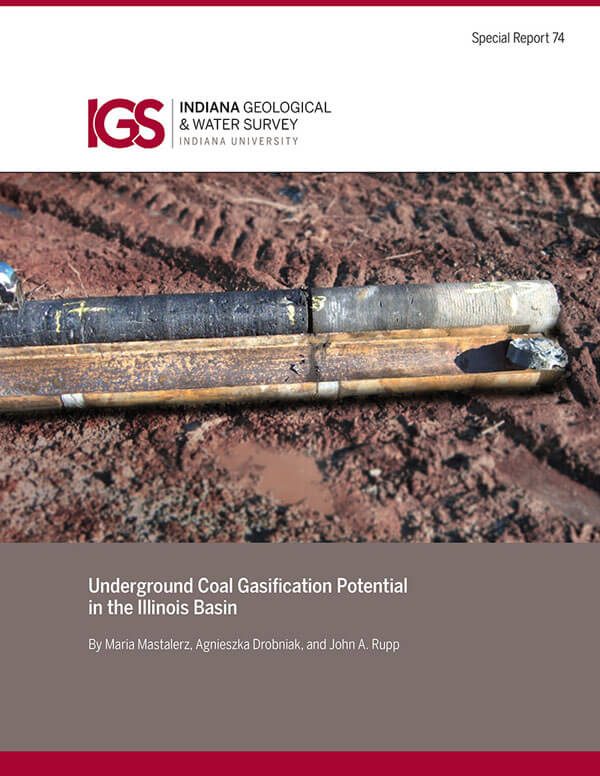 This report provides a summary of the development of underground coal gasification technology throughout the world and the results of an evaluation of the potential for application in the Illinois Basin. Two coal members—the Springfield Coal of the Petersburg Formation and the Seelyville Coal of the Linton Formation in Indiana and their equivalents in Illinois and western Kentucky (Dekoven/Davis/Seelyville and Dekoven and Davis, respectively) are assessed in detail based on thickness and depth. In Indiana, four promising underground coal gasification areas were previously identified in the Springfield Coal Member and five in the Seelyville Coal Member; this publication briefly reviews those findings. We subsequently selected one area in Posey County, Indiana, for further examination; the study began by drilling three new boreholes, was followed by analyses of coal and gas, and resulted in a reevaluation of coal volumes available for underground coal gasification technology. In this report, we present these new results and evaluate underground coal gasification potential in the area.