Characterization of groundwater in the coal-mine aquifers of Indiana (2013) 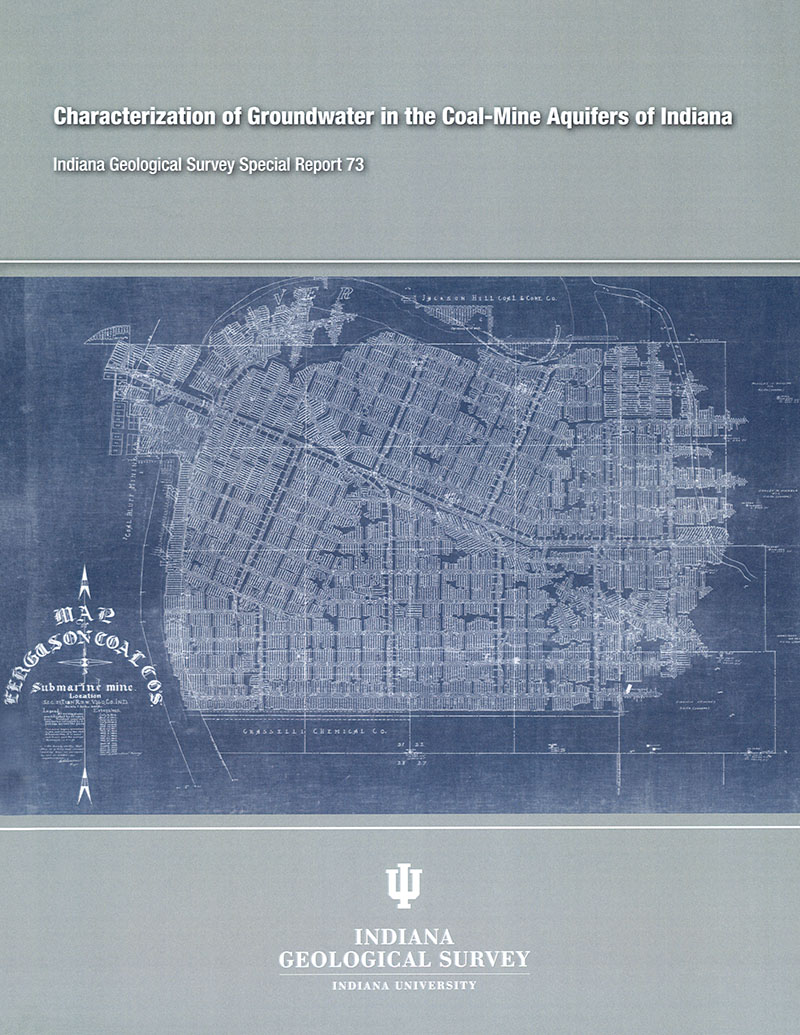 The Indiana Geological Survey has published a report that explores groundwater present in the abandoned coal mines of southwestern Indiana. More than 194,000 acres of Indiana are underlain by underground coal mines, and the amount of groundwater that fills the voids of these abandoned mines may be as much as 172 billion gallons. In the future, these potentially high-yielding coal-mine aquifers may represent resources of significant public and commercial value that could be used for a variety of purposes. However, little is known about the quality of water within flooded coal mines, the mechanisms of recharge and discharge, or the hydrodynamics of individual mine pools.

Characterization of Groundwater in the Coal-Mine Aquifers of Indiana, by Denver Harper, Tracy D. Branam, and Greg A. Olyphant, summarizes the limited data specific to Indiana that are currently available, and suggests lines of research that promote the future use—and remediation, where necessary—of this potentially valuable resource.

“Abandoned underground coal mines have often been forgotten once their intended purpose has been exploited,” said John C. Steinmetz, director of the Indiana Geological Survey. “Now, however, with this study, a potential new resource has been revealed. Not only does it document a source of water in the state that has heretofore not even been considered, but it opens possibilities for such other purposes as renewable geothermal heat-pump and cooling systems, and even for energy storage.”

Reconnaissance of coal-slurry deposits in Indiana

Effects of abandoned mine land reclamation on ground and surface water quality: Research and case histories from Indiana