Conodont biostratigraphy and depositional environments of the Mecca Quarry Shale Member and the Velpen Limestone Member of the Linton Formation (Pennsylvanian, Desmoinesian) in the eastern part of the Illinois Basin, USA (2001) 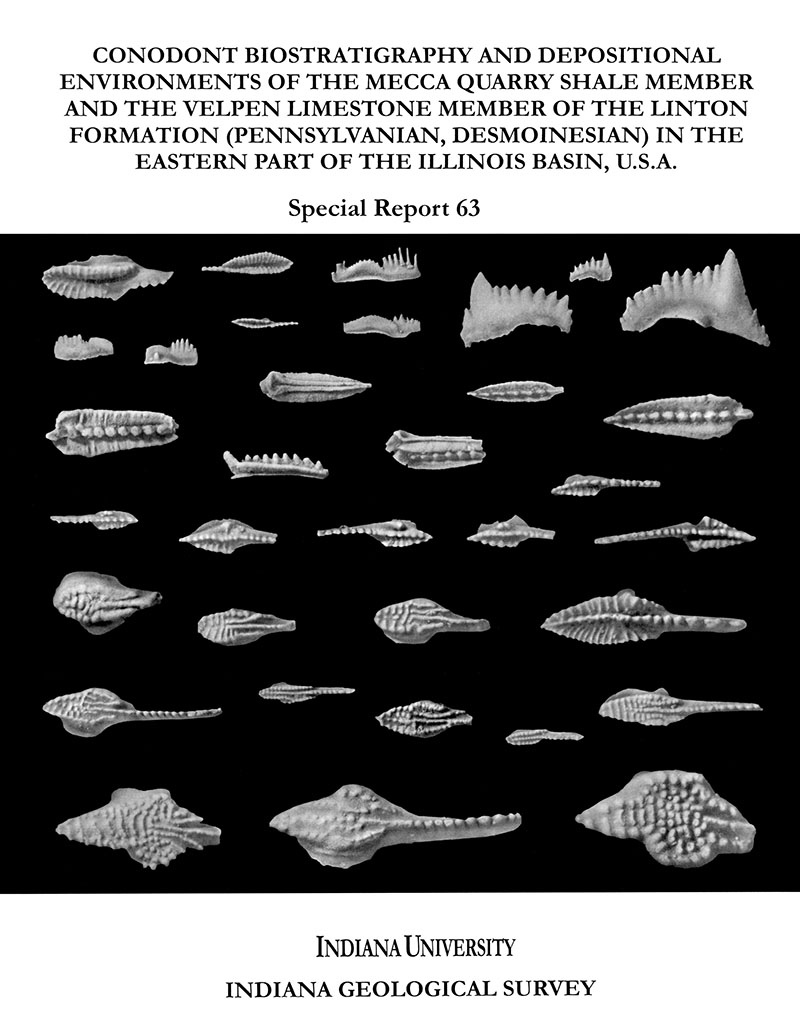 Study of conodonts from the Mecca Quarry Shale Member and the Velpen Limestone Member of the Linton Formation in Indiana and from equivalent units in adjacent parts of Illinois and Kentucky is part of an investigation of Desmoinesian depositional patterns in the Illinois Basin and of correlations in the Midcontinent. Idiognathodus was by far the most abundant genus in the units studied, followed by Neognathodus with fewer than one-sixth as many speciments. Idioprioniodus, Hindeodus, and Adetognathus were present in small numbers; Ubinates and Diplognathodus were rare; and abundances of Gondolella were erratic. We assign the fauna to the Neognathodus roundyi zone, which is appreciably younger than the Ardmore Member of the Verdigris Formation in Missouri and the Verdigris Member of the Sonora Formation in Oklahoma, units with which the Velpen had been correlated. The Oak Grove Limestone Member of the Carbondale Formation in northern Illinois is slightly older than the Velpen. We suggest that in west-central Indiana the Mecca Quarry was deposited in water averaging no more than one meter in depth, with slightly deeper local depressions, under a nearshore flotant with shallow open marine conditions nearby. The Velpen formed subsequently in more open marine waters before terrestrial sedimentation took over. This interpretation fits with the nearshore processes and the geographu of a deltaic sedimentation model that was influenced by local tectonism and climate in both the source and depositional regions and by some relative sea level change and was secondarily influence by compaction and isostasy.