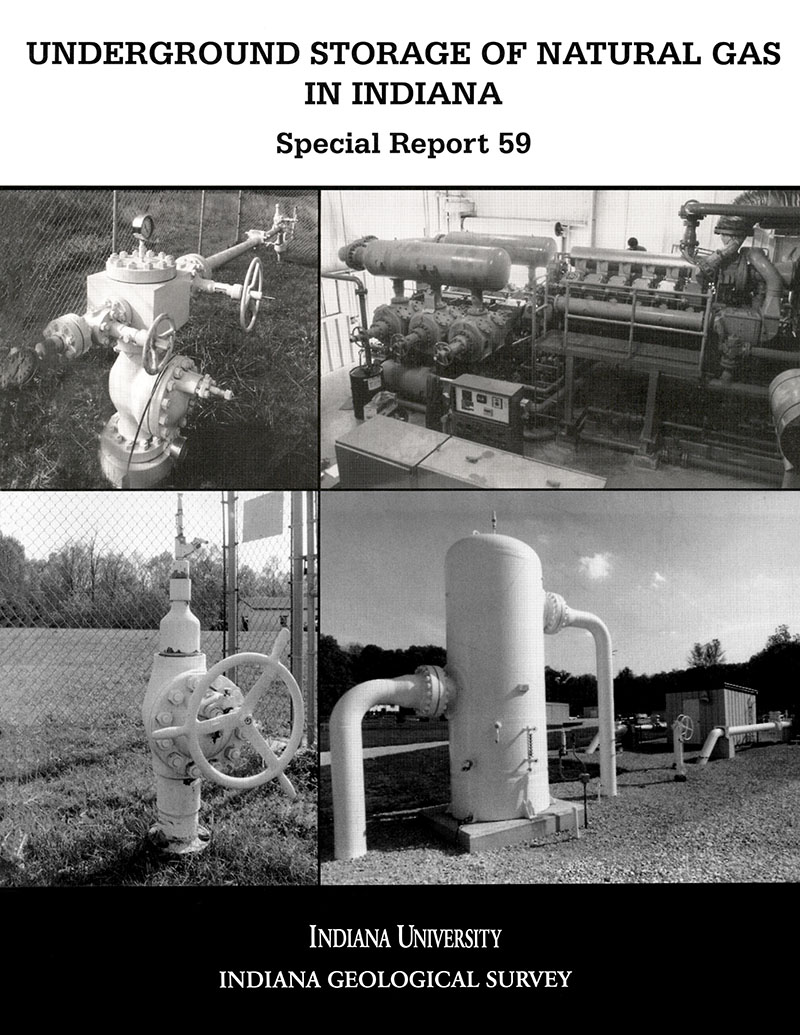 Underground storage of natural gas is the practical method used to maintain a constant supply of gas effectively and economically during periods of widely changing demand. Underground storage in rock reservoirs is safer and more economical than aboveground storage in metal tanks. In Indiana there are 28 active gas storage projects, three inactive projects, and two projects under development. The total gas storage capacity within the state has grown from an estimated 48 billion cubic feet in 1963 to an estimated 139 billion cubic feet in 1994. For underground storage in Indiana, the geologic conditions and the availability of subsurface data that define such conditions are most favorable in the Illinois Basin and less favorable in the Michigan Basin and on the Cincinnati and Kankakee Arches. In the Illinois Basin, stratigraphic hydrocarbon entrapments in Pennsylvanian and Mississippian rocks are abundant, and structural traps in Devonian rocks over Silurian reef-induced structures are present as well. Reservoir conditions for storage in Ordovician and Cambrian rocks are also present in Indiana but known trapping conditions are limited. Maps depicting the geology of all active and inactive projects, as well as projects that are currently under development in Indiana are included in the appendix. The appendix includes all the available pertinent statistics for each project.