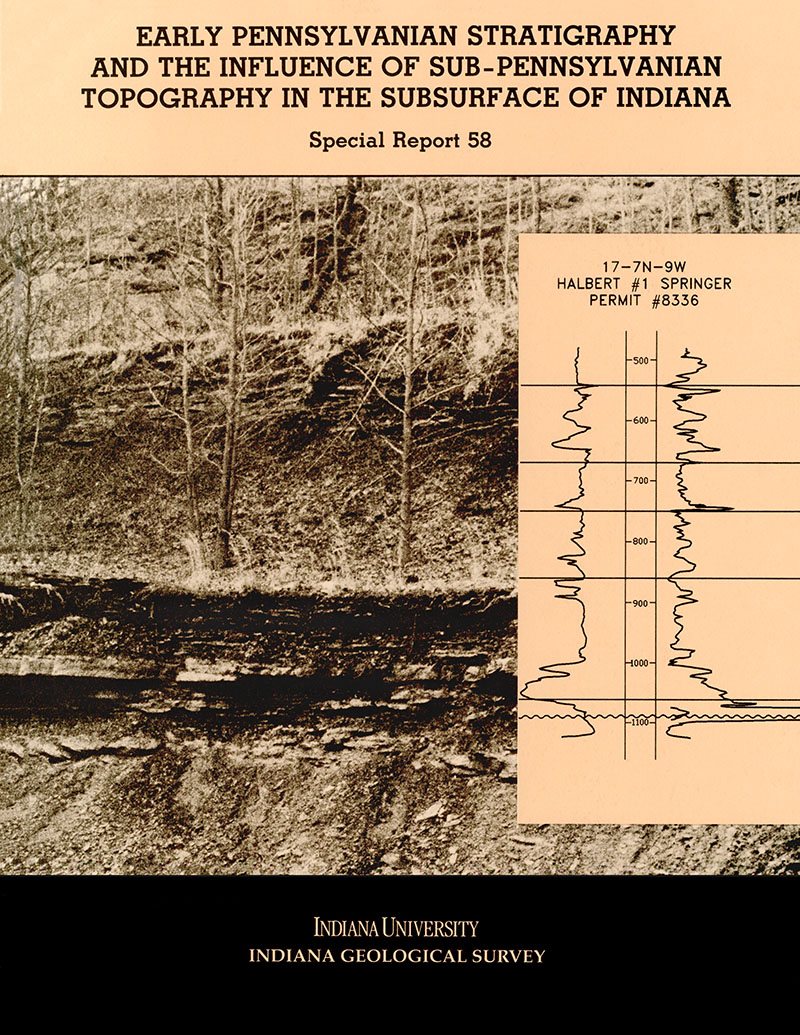 The Raccoon Creek Group contains the oldest rocks of the Pennsylvanian System in Indiana and consists in descending order of the Staunton, Brazil, and Mansfield Formations. The major focus of this report is the subsurface distribution of the Mansfield Formation, which contains all the rocks of Pennsylvanian age below the Lower Block Coal Member of the overlying Brazil Formation. The Mansfield Formation is the thickest formation of the Pennsylvanian system in Indiana and ranges in thickness from zero at its present eroded limit to more than 800 feet in sub-Pennsylvanian paleovalleys. The Mansfield herein is subdivided into three informational and approximate chronostratigraphic subsurface units: the upper, middle, and lower divisions. The named members of the Mansfield cannot be traced regionally at the surface or in the subsurface, but the approximate stratigraphic position of these members can be correlated throughout much of the subsurface in Indiana. The top of the lower Mansfield is near the position of the French Lick Coal Member. From zero at its depositional limit to more than 500 feet in the subsurface, the lower Mansfield distribution is controlled partly by sub-Pennsylvanian topography, and in a few places the rocks in the upper part of the lower Mansfield are exposed along the southern half of the outcrop belt. The top of the middle Mansfield ranges in thickness from 150 to 250 feet and its present throughout the crop belt. The upper Mansfield ranges in thickness from 70 to 180 feet and extends throughout the outcrop belt in Indiana.

Some Pennsylvanian Kirkbyacean Ostracods of Indiana and midcontinent series terminology