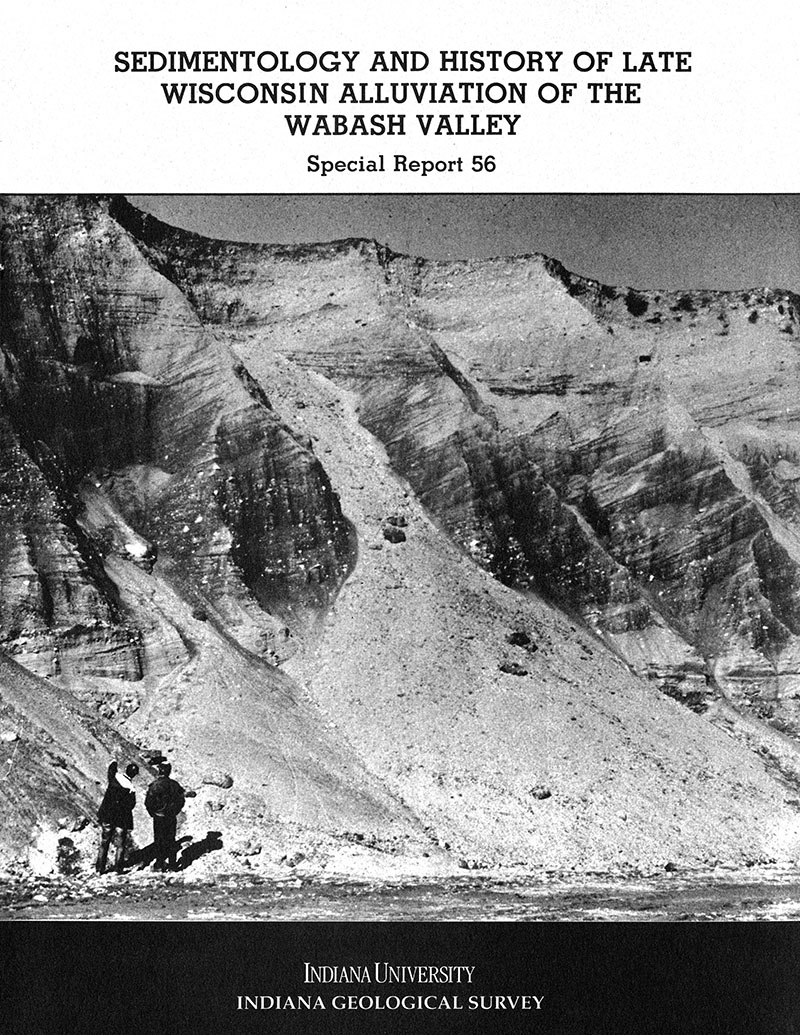 The late Wisconsin sediments in and adjacent to the Middle Wabash Valley were deposited during a period when multiple advances from two ice lobes affected the drainage basin. Meltwater and sediment were supplied directly to the river in the form of outwash fans and debris flow lobes, and indirectly through tributaries that were in contact with the ice. The primary depositional elements in the basin consisted of 1) gravel-rich longitudinal bars and sheets, and finer-grained deposits of sandwaves and two-dimensional dunes, 2) sand-rich bar-top and interbar channels, 3) topset, foreset and bottomset beds of lacustrine deltas, and 4) debris flow lobes. These depositional elements were active in 1) braided stream channels, 20 lakes that developed both in contact with glacial ice and in unglaciated parts of the drainage basin, 3) outwash fans, 4) ice-walled channels and their associated interfluves. The earliest Wisconsin deposits in the Wabash Valley accumulated when meltwater and debris entered the trunk stream from those tributaries whose headquarters came into contact with advancing glaciers. The channel of the Wabash began to aggrade rapidly in response to the increased load, and mouths of tributaries not yet in contact with advancing ice were blocked ad the main channel filled. Lacustrine sediments accumulated in these blocked tributaries. Eventually, sand and gravel outwash was deposited over the lacustrine muds in those tributaries whose headwaters came into contact with glacial ice as the ice advanced farther into the basin. Outwash fans prograded into the trunk stream from ice margins adjacent to the valley, and debris flow lobes added unsorted sediment directly from the ice. Tributaries that originated as supraglacial streams evolved into ice-walled channels that filled with an assemblage of lacustrine sediments, fluvial outwash, and debris flow deposits. Subglacial till, ablation debris, and minor amounts of outwash and lacustrine deposits accumulated in the interfluves between these channels. Two floods of extreme magnitude occurred during the late Wisconsin alluviation of the valley. The first carried gravel-rich sediments that moved through the valley in giant dunes. The second deposited cobble and boulder-rich gravels in places, but it was mainly an erosional event.