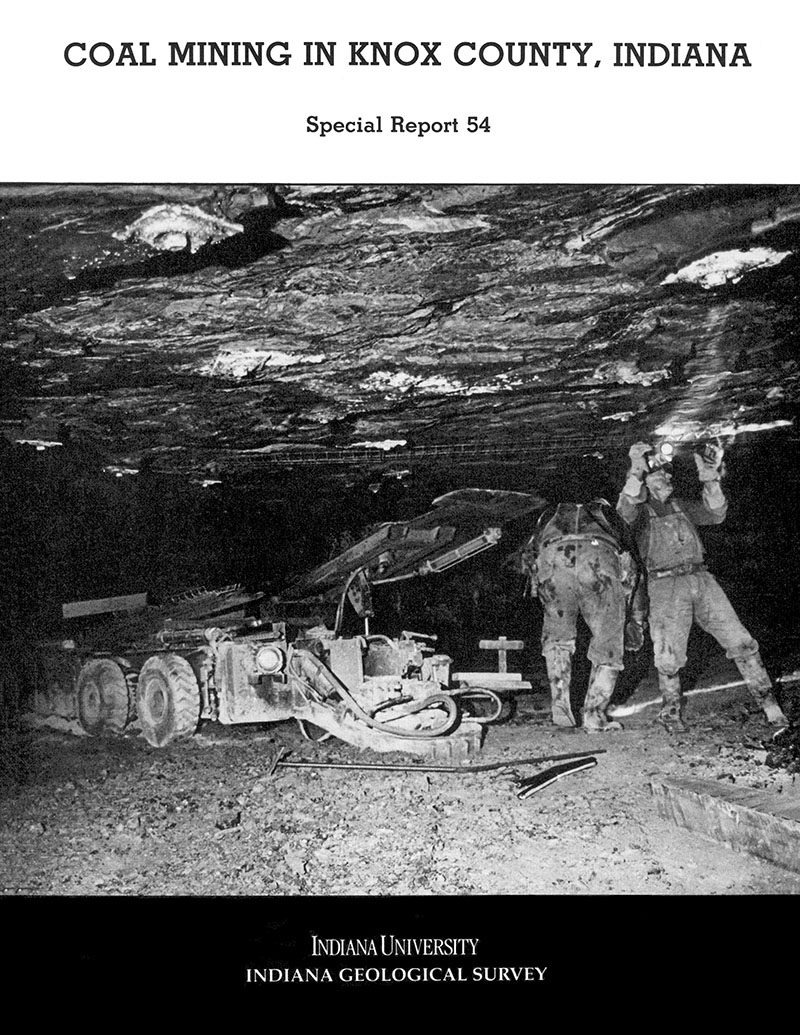 Since 1900 coal has played a significant role in the economic development of Knox County, especially in the central part near Bicknell, Bruceville, and Wheatland. The total production through history of the mines in Knox County would be valued at several billion dollars at current prices, and mining is still being done. This is the fourth county report on coal mining and coal resources published by the Indiana Geological Survey (IGS0. Previous reports deal with Vigo, Sullivan, and Gibson counties (Harper, 1985; Harper, 1988a; and Eggert, 1994). These reports include maps showing the thickness of several commercially important Middle Pennsylvanian coal beds and discussions of historical trends in mining and problems encountered in past underground mining. Providing an overview of the coal industry in Knox County has been emphasized in this report. Readers requiring more detailed information for their own interpretations are encouraged to contact the Indiana Geological Survey to obtain original sources of data.