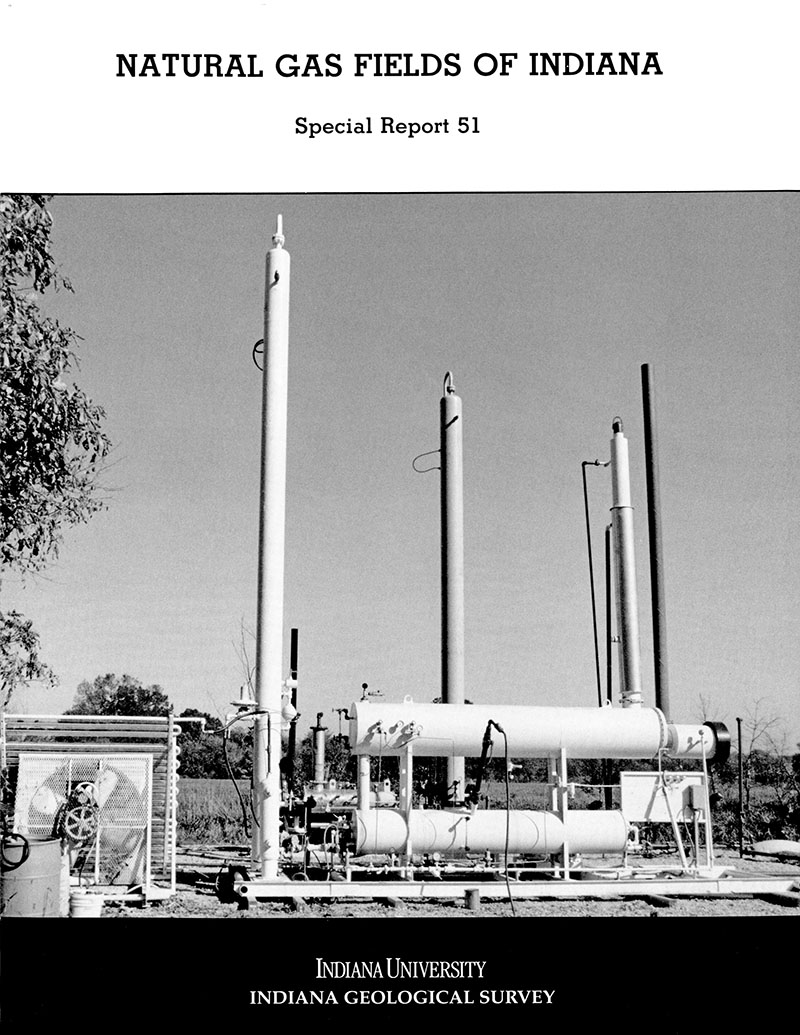 Petroleum production in Indiana began with the discovery of natural gas in the Trenton (or Lima-Peru) Field in 1886. At the height of its development, this field in eastern Indiana and adjacent western Ohio was the world's most natural-gas-producing region. Gas in the Trenton Limestone (Ordovician) was wasted and rapidly depleted during the next quarter-century, and its decline was followed by a period of minimal gas production from the other parts of the Indiana sedimentary rock sequence. The overall occurrence of gas in the Indiana rock column is discussed in this report. More than a thousand gas completions in many field areas outside the major Trenton Field boundary are listed with pertinent data relative to their individual location, elevation, total depth, total depth formation, completion year, producing formation, producing interval, initial production, current status, and field cumulatives (if available). Recent development of minor gas production has occurred in the shallower rock units of the Indiana portion of the Illinois Basin, and changes in Indiana law may encourage the development of limited reservoir gas resources through the intrastate market.