Structure and isopach maps of the Paleozoic rocks of Indiana (1991) 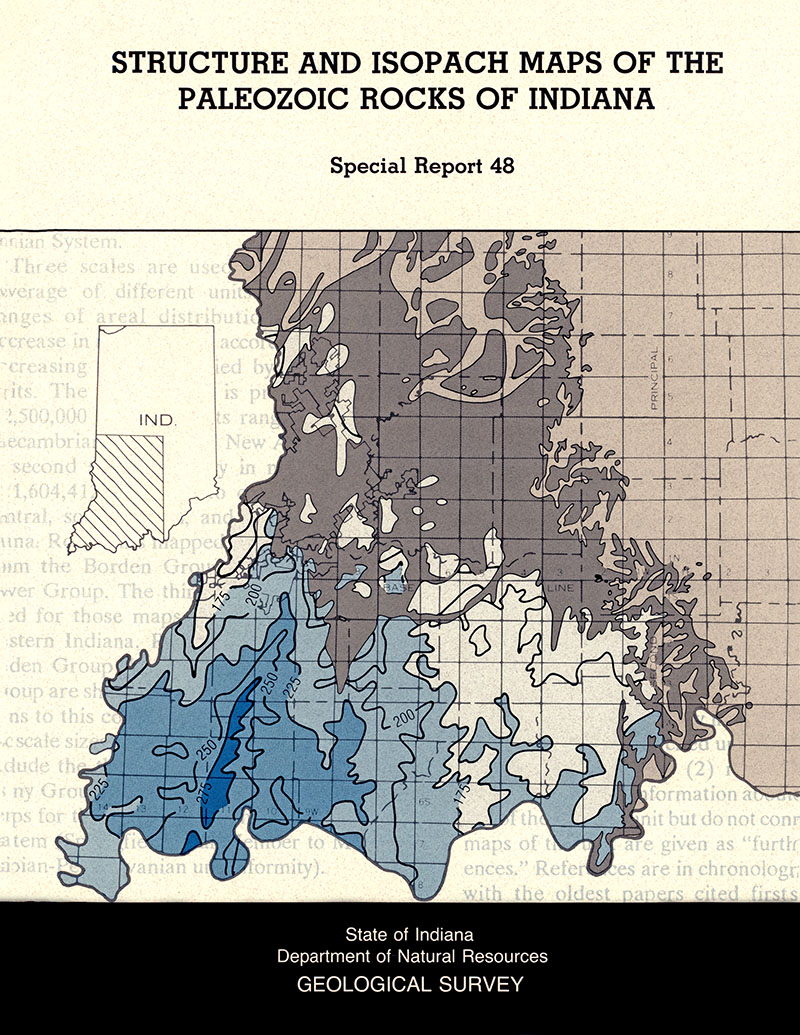 Detailed subsurface mapping within the State of Indiana in the past 30 years has resulted in a number of maps of varied coverage on multiple horizons. Drilling for oil and gas and also for coal and fresh water has yielded a substantial amount of data on the location and thickness of the Paleozoic rocks that underlie the state. Because of the complexity and variability of the lithologies present, numerous mapping horizons have been used to define the subsurface thickness and structural position of various rock units. Recent trends in deeper exploratory drilling for new petroleum accumulation have led an increased demand for general knowledge about the distribution of sediments in the subsurface, particularly in that part of Indiana within the Illinois Basin. The purpose of this report is to present in one publication a complete, up-to-date, and uniform series of maps showing the structural configuration and thickness distribution of the major groups and formations commonly mapped in the subsurface. To help meet the needs of the industries working within Indiana with the subsurface data, a compilation of structure and isopach maps that cover the entire stratigraphic column, along with related references, has been prepared. Some of these maps have appeared in previous publications. Sources for the maps are extremely varied, both in time (vintage) and type of publication. Stratigraphic contacts different from those that are currently accepted (for example, Borden Group) were used in the construction of many of the maps published previously.

Map of Indiana showing structure on top of Trenton Limestone