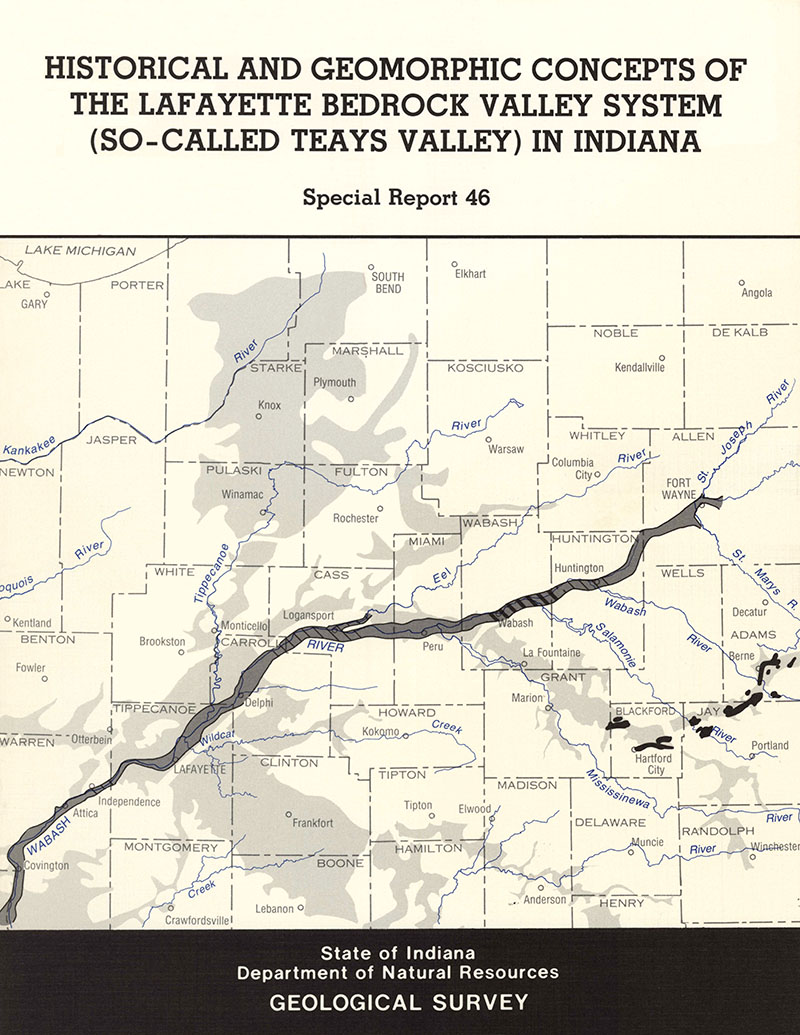 The Lafayette Bedrock Valley System (new name) is a physically defined system of deep bedrock valleys that merge in the vicinity of Lafayette, Ind. The primary trunk valley of that system, the Teays Valley of traditional terminology, is composed of an eastern part, the Marion Valley Section (new name), and a western part, the Mahomet Valley Section(modified name). The Lafayette system includes shallow, high-level inset valleys, such as those presently trapped atop rock sills along the modern Maumee-Wabash Trough. This valley system probably never existed in its present form at any point in time. The stratigraphy of the valley fill indicates that parts of the system were filled at different times, and therefore they may have been connected as drainage routes in a variety of configurations at different times. The conceptually defined drainage systems that followed such routes include a system that followed the Marion and Mahomet Valley Sections (assumed to be the classic Teays drainage) and other systems that my have followed the Metea and Mahomet Valley Sections (modified names) or any of several other possible bedrock-valley routes.

Time required for the erosion of Clifty and Butler Ravines