Relict drainageways associated with the glacial boundary in southern Indiana (1989) 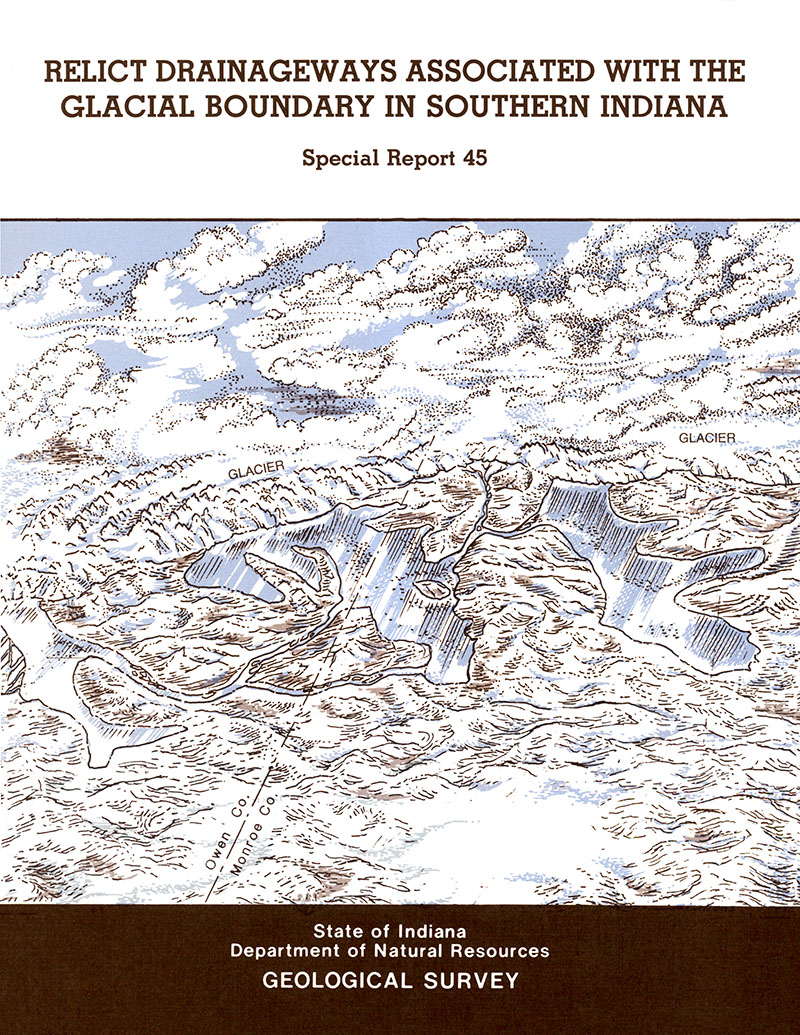 Topographic features such as interbasin cols, abandoned high-level valley segments, bedrock-walled valley narrows, and remnant patches of lakebeds and outwash are associated with the glacial boundary in southern Indiana and contribute to an understanding of now-abandoned glacial drainageways. In southwestern Indiana these features define a single drainageway that parallels the recorded ice margin for nearly 150 miles, but in most of southeastern Indiana drainage was directly away from the ice and into preexisting valleys crossing the bedrock-controlled upland areas that characterize the south-central part of the state. One implication of the integrated drainageway that is recognized in southwestern Indiana is that the ice to which it was marginal had an exceptionally low gradient. This in turn suggests a rapid-flow mechanism for that ice and subsequent probable stagnation of the nice sheet. The ice in southeastern Indiana may have been more robust because along most of its perimeter in surmounted (though barely) the massive Knobstone Escarpment. The events recorded are all of pre-Wisconsinan age, but they cannot yet be placed in sequence or dated more precisely.