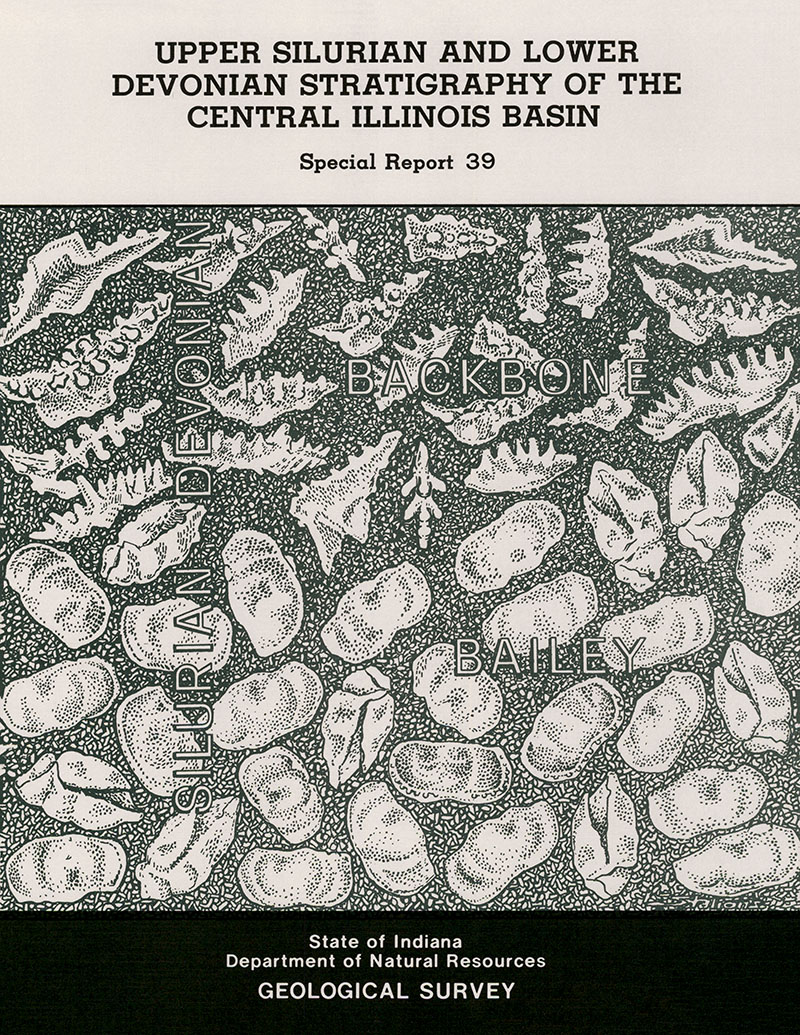 ABSTRACT: The little-studied third rock sequence of the middle and upper parts of the Bainbridge Group (Upper Silurian) and of the New Harmony Group (Lower Devonian) in the tristate central Illinois Basin is dominated by four kinds of carbonate rocks. (1) Reef rocks, fringing the deeper basin area and as thick as 900 feet, consist of light-colored, poorly sorted, skeletally derived materials that range from within the St. Clair Limestone (lower part of the Bainbridge Group) to the uppermost part of the Bailey Limestone (upper Bainbridge). (2) Very light colored, fairly well sorted high-purity bioclastic carbonate rocks, nearing 300 feet in thickness, are distinguished genetically from reef rocks by their principal distribution in thick, areally broad piles that make up especially the Backbone Limestone (lower and middle parts of the New Harmony Group) and that are concentrated along the eastern margin of the central basin. (3) Variably colored fine-grained impure noncherty to very cherty carbonate rocks make up most of the Moccasin Springs Formation and the Bailey Limestone (Upper Silurian), whose nonreef facies are more than 600 feet thick in places. (4) Light-colored fine- to medium- grained carbonate rocks that are as thick as 1,000 feet and are characterized by replacement chert and a speckled appearance dominate the Grassy Knob and Clear Creek Cherts (lower and upper New Harmony). The Silurian reefs belong to two principal generations, beginning during St. Clair and Moccasin Springs deposition respectively. Undiscovered, probably smaller reefs in the deeper basin are a distinct possibility. Distributions of the Backbone type of sediment and of the chertier New Harmony facies attest to asymmetrical sedimentational development of the deeper basin during Early Devonian time.