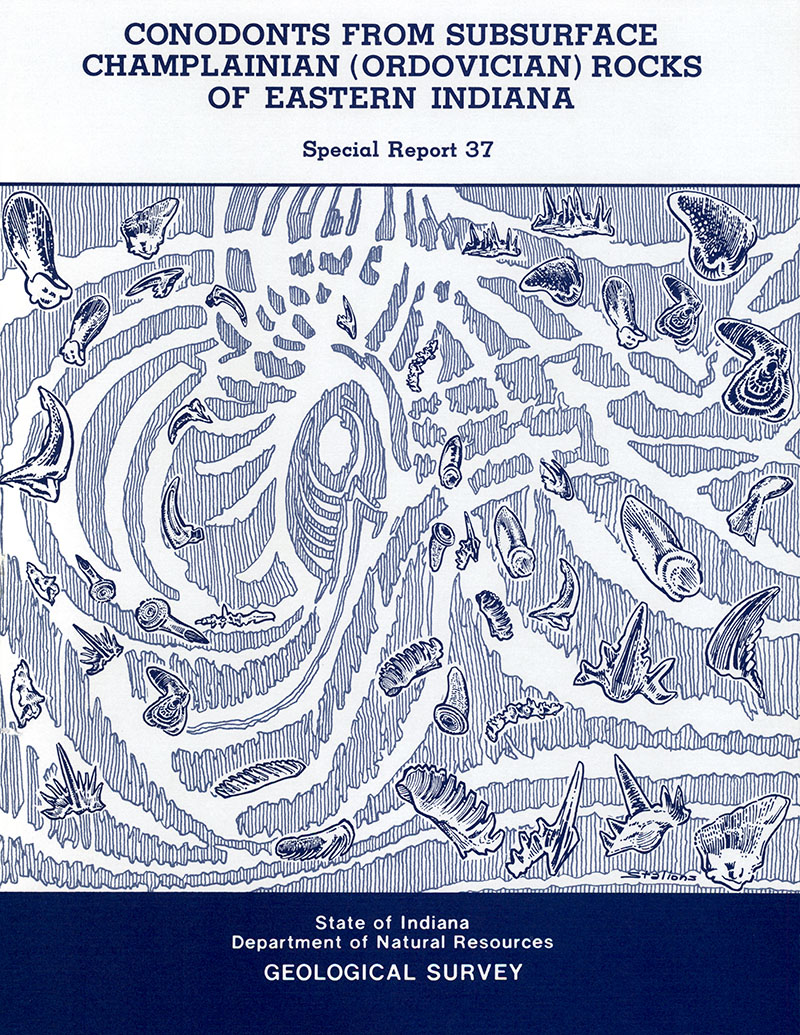 Conodonts from the Dutchtown (Champlainian) part of five cores in Rush, Fayette, Franklin, and Decatur Counties, Ind., represent 17 hyaline species that include two newly named genera, Lumidens and Scapulidens; two new genera left in open nomenclature; two newly named species, Leptochirognathus resimus and Stereoconus crepidiformis; and three new species of Coleodus, which are also left in open nomenclature. Of the eight remaining species only two Oneotodus ovatus (Stauffer) and Prionognathodus ordovicicus (Branson and Mehl) are identified without question with known species; three more are questionably so identified, Coleodus delicatus Branson and Mehl, C. simplex Branson and Mehl, and Curtognathus typus Branson and Mehl. Some of the remaining forms have affinities with known species; others are referred only questionably to previously described species. Five species of albid conodonts are represented in the Dutchtown Formation by rare specimens. The Shakopee Dolomite (Ibexian) contains few conodonts that are of the same age as those of the Oneota Dolomite in its type area. Recovering a fauna from the Dutchtown Formation in Indiana differing so markedly from previously described Champlainian conodonts came as a surprise. It may be that the fauna represents a time interval from which conodonts have not been described, for example, the interval of the St. Peter Sandstone below the Dutchtown Formation in Missouri or the time represented by pre-St. Peter erosion. The depositional environment of the Dutchtown rocks of eastern Indiana is unusual, and it is more likely that the fauna is specialized in response to an unusual ecology of limited geographic extent.

Conodonts from the Everton Dolomite and the St. Peter Sandstone (Lower Middle Ordovician) in a core from southwestern Indiana