The development of surface coal mining in Indiana (1985) 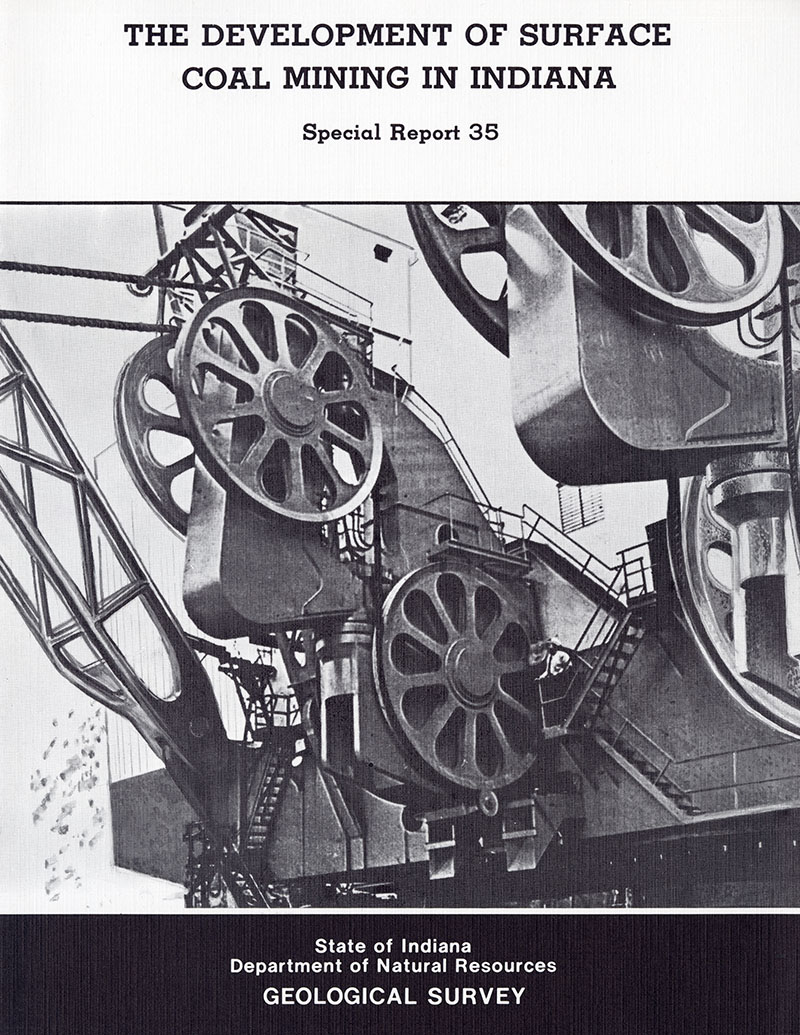 Reserves of surface-minable coal in Indiana are a great store of wealth whose exploitation since 1915 has transformed the physical and economic landscape of Indiana's southwestern counties. In studying the coal resources of Indiana, the Indiana Geological Survey has compiled much engineering, economic, historical, and geologic information on the surface-mining industry. This report is a chronicle of surface mining in Indiana that is based primarily on two sources: publications of the U.S. Bureau of Mines and Coal Age magazine. It is a compilation of more than 110 articles - most dealing with mining practices at specific surface mines in Indiana - spanning 63 years. In this report emphasis is placed on technologic advances that opened new reserves and permitted growth of coal production in the state. Recent events that have affected Indiana's coal industry, such as the development of unit trains, changes in the structure of the coal industry, and the opening of midwestern markets to western coal, are briefly discussed.