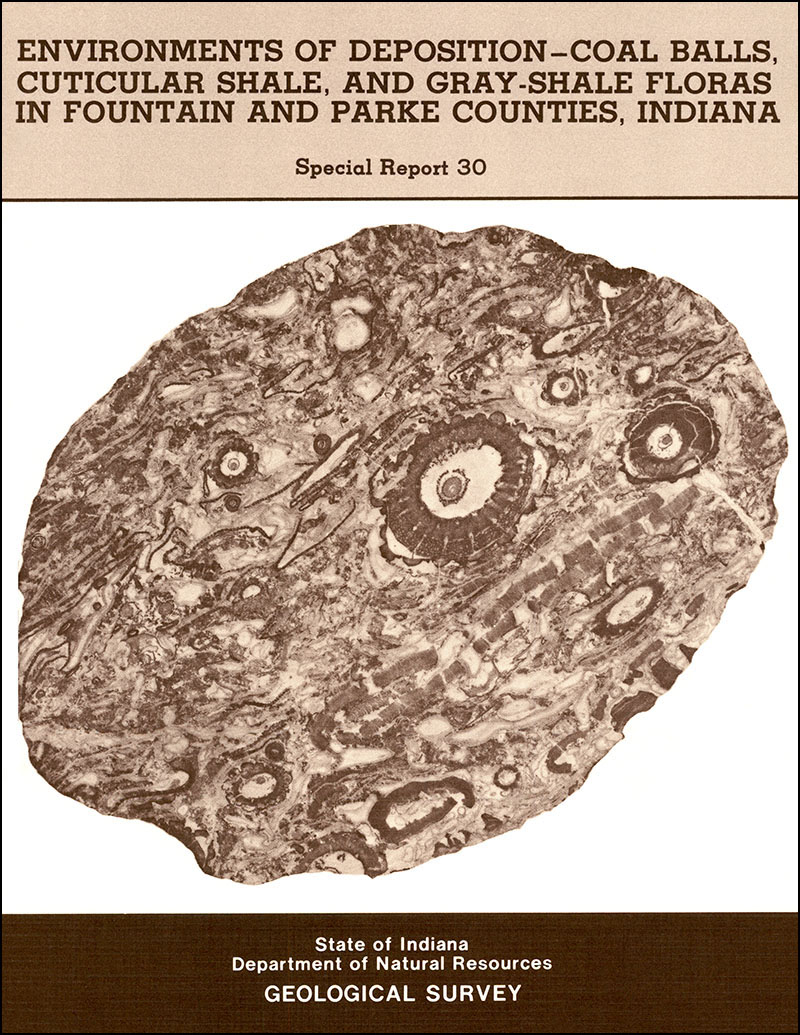 In the Illinois Basin (western parts of Indiana and Kentucky and most of Illinois) 99 percent of the identified bituminous coal resources occur in the Middle Pennsylvanian Series (Phillips and others, 1980). During deposition of this stratigraphic interval there was a marked rise and fall in the extent of successive coal-swamp environments because of changes in rainfall and freshwater availability as well as in local environmental factors. In early Middle Pennsylvanian time swamp environments were varied; they were usually small scale, and many were discontinuous in distribution. In western Indiana two such areas of coal deposits were comparatively studied to interrelate environments of deposition, plant assemblages with their ecologic implications, and coal qualities. The two areas were chosen because the fossil plants of exceptional preservational modes and quality associated with coal were abundant and because the deposits were stratigraphically and geographically close enough to provide valid paleobotanic comparisons according to differences in environments of growth and deposition. The exposed coals of the two areas thin, thicken, or pinch out over relatively short distances within the mines or other exposures, and therefore their stratigraphic determinations are uncertain to some degree.

Fossil spores of the Alleghenian coals in Indiana

Miospore analysis of the Pottsville coals of Indiana