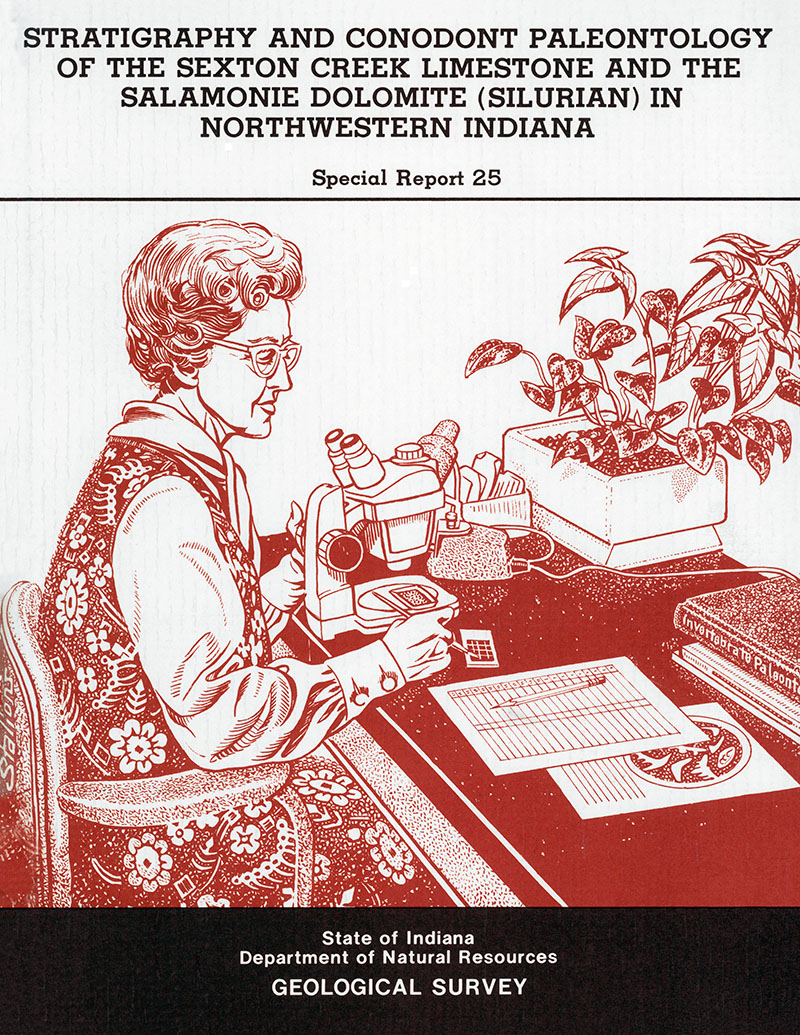 This study of Alexandrian and early Niagaran strata in northwestern Indiana is part of a series of studies of Silurian rocks in the northern part of the state. It is based on geophysical logs, conodonts, and well samples, including cuttings and cores. Alexandrian rocks are represented by the Sexton Creek Limestone, the lower part of which is separated here as the Schweizer Member of the Sexton Creek Limestone. An upper facies of the Sexton Creek is recognized as being equivalent to the Kankakee Formation in Illinois but is not normally named. The main body of the Sexton Creek is cherty impure brown dolomite; the Schweizer lacks chert, is more argillaceous, and includes dolomitic shale. Formation thickness ranges from 1 to 110 feet. The Sexton Creek Limestone is unconformably overlain by the Salamonie Dolomite except that in western Lake County the two may be conformable. The Salamonie Dolomite (Niagaran) is generally light-gray to white granular vuggy dolomite. Chert is irregularly present. The lower part of the formation if finer grained and more argillaceous and is equivalent to the Stroh Member of the Cataract Formation to the east and to part of the Brandon Bridge Member of the Joliet Formation to the west. The known thickness of the Salamonie in the study area ranges from about 50 feet to more than 200 feet.