Some environmental geologic factors as aids to planning in Cass County, Indiana (1981) 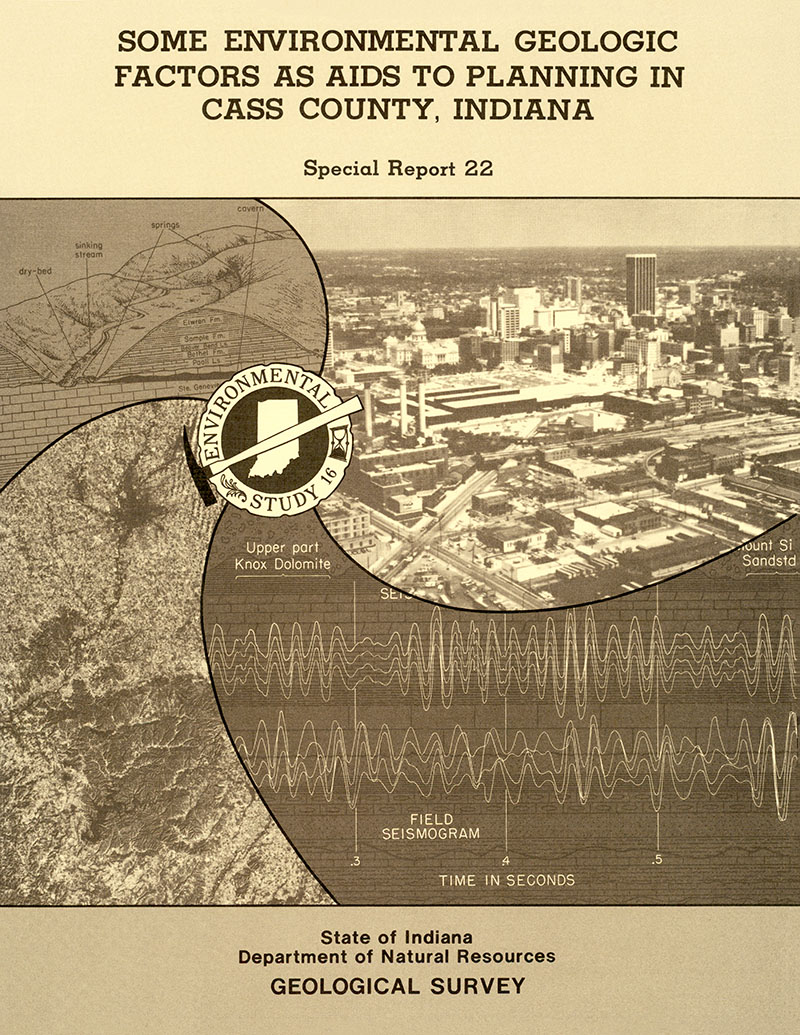 Named for General Lewis Cass in 1828, Cass County has a rich heritage, having grown from its frontier days when the Miami Indiana roamed the forested hills and valleys to its contemporary role as a predominantly agricultural area. The county embraces 265,6000 acres, of which 213,216 are croplands; the remaining 52,384 acres are urban, forested, small water, and other kinds of areas (1967 figures). Most of the county is blanketed by glacial sediments that form the gently rolling upland and that were deposited during the Ice Age and subsequently modified by erosion. The bluffs along the Wabash River afford the greatest topographic relief; their bedrock cores are exposed at many localities along the river's course. Industrial minerals, such as crushed stone and sand and gravel, are derived from the bedrock and the glacial drift. Although mineral production represents only a minor part of the county income, many aspects of daily life in urban and rural communities are influenced by the local geology. Crops are grown in soils that formed on glacial drift. Most of the fresh water is pumped from buried geologic formations. Refuse is isolated in sanitary landfills located in glacial deposits. Construction of nearly every variety involves excavating or boring into the earth materials. Consequently, a knowledge of the local geology is desirable for most facets of planning. This report is intended to provide a background for the character and distribution of geologic material, both at the surface and in the subsurface, throughout the county. On the basis of this information, limestone resources, sand and gravel resources, sanitary landfills, oil and gas production and storage, and water wells are discussed.