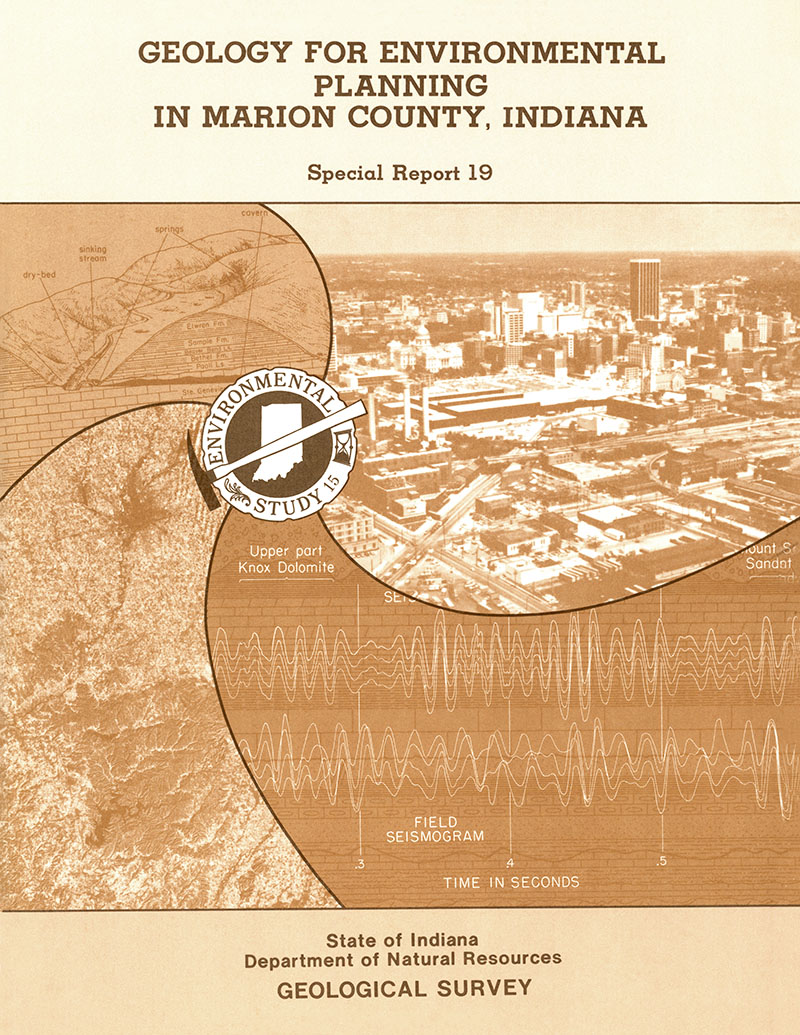 Marion County is the center of a large and rapidly growing urban-industrial complex in the heartland of Indiana. The boundaries of the county and of Indianapolis, the state capital, are the same as a result of the UNIGOV concept. The rapid growth of Indianapolis and its suburbs makes effective land-use planning important for Marion County. This report is designed to provide information, based on the geologic setting of the area, that can be used for effective and environmentally sound development of the county. Marion County, with 792,299 inhabitants (1970 census), is the most densely populated county in Indiana. As late as 1954, when the state in agricultural income. Since that time urban sprawl has consumed a large part of the prime farmland in the county. According to projections (Indiana Department of Commerce, Economic Research Division, 1969), growth pressures will continue as the county reaches an expected population in 1985 of more than 1 million.

Geology as a contribution to land use planning in La Porte County, Indiana