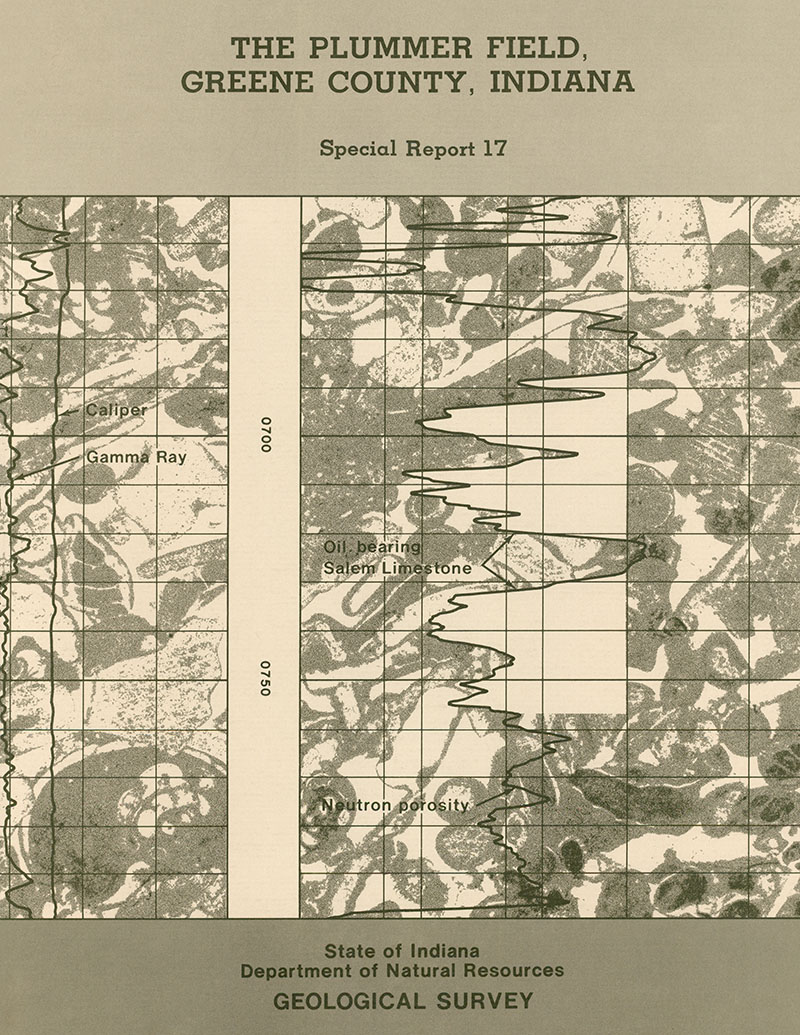 The Plummer Field in Greene County, Ind., was discovered by Citizens Gas and Coke Utility during the summer of 1969 on completion of Citizens No. 1 Fred & Lucille Rollison. The initial production of this well was 120 barrels of oil per day through perforations in the Salem Limestone at 688 to 698 feet and 705 to 710 feet. The well also tested 20 barrels of oil and 120 barrels of water per day from perforations at 1606 to 1611 feet and 1616 to 1621 feet in middle Devonian limestone (Muscatatuck Group). Subsequent to the discovery well, 87 wells have been drilled (1975) in the field. Of the 88 wells, 50 produce from the Salem Limestone, 20 produce from middle Devonian limestone, one produces from the Ste. Genevieve Limestone, three are gas injection wells into middle Devonian Limestone, nine are salt water injection wells into the Salem Limestone, and five are dry holes. By the end of 1974, 2,217,268 barrels of oil had been produced from the Salem Limestone and 129,585 barrels from the Devonian. Full-scale production from the Devonian was delayed until early 1973 when gas recycling equipment was completely installed. Stratigraphic units drilled in the Plummer Field range in age from Silurian through Pennsylvanian. The stratigraphy and lithologies of the formations are typical for this part of the Illinois Basin. The field is arcuate; the open part of the arc faces west and has a strong northeast projection. Structure contour maps on top of the Renault Formation, the Salem Limestone, and middle Devonian limestone all depict this arcuate form. Isopach maps of intervals between the Renault and the Ste. Genevieve and between the Salem and the Devonian also depict the form and position of the Plummer Field. An isopach map of the New Albany Shale does not show the outline of the field as precisely as the isopachs of the other two intervals. The structure is believed to be due to draping and compaction of beds over a Silurian reef. There are three porous zones that are productive in the Salem Limestone. These zones are not present everywhere in the field and are unproductive in the northwestern lobe. All zones are believed to be connected by fractures. Two productive zones are also present in middle Devonian limestone. Blowout preventers were used during drilling operations. Tank batteries and salt water collecting pits have embankments to prevent spills from spreading and to contain salt water until it is reinjected in to the Salem Limestone.