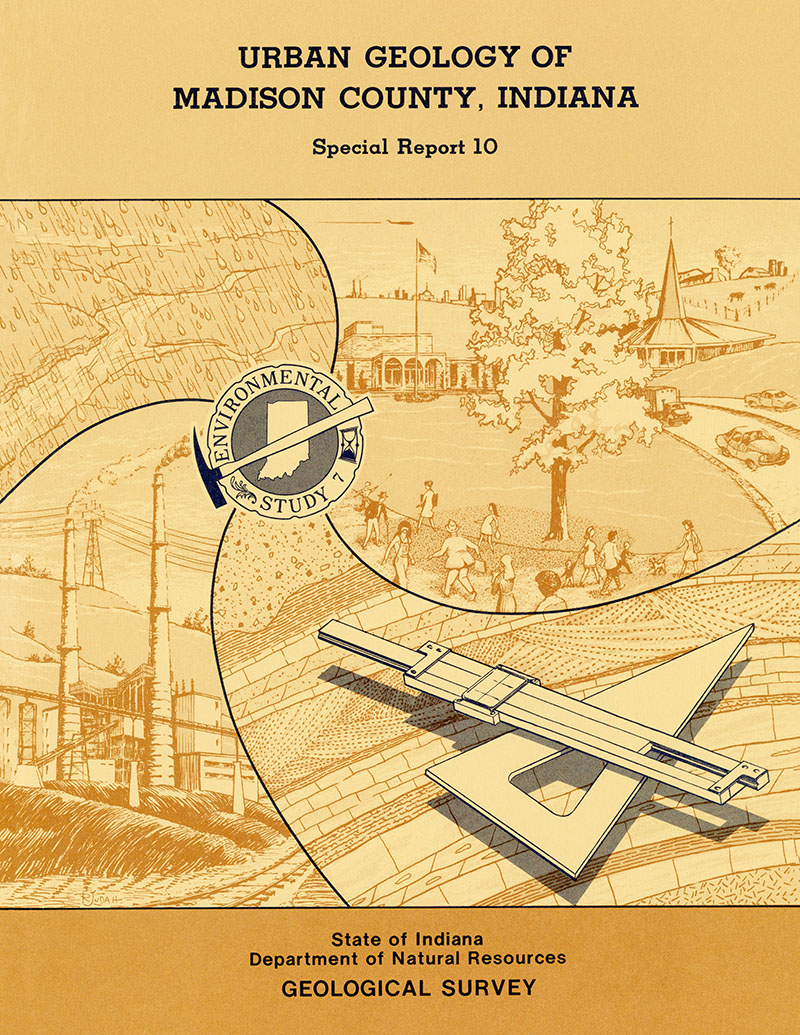 During recent years many of the population centers of Indiana have undergone growth that has resulted in expansion of urban uses into land that has been largely rural. As a result of that expansion, conflicts have arisen between expanding urban uses and the agricultural and mineral resource uses of land that lies near the centers of population. In addition, uncontrolled use of flood plains, steep slopes, and areas of soft sediments and high water tables has caused inconvenience and financial loss to individuals and industries that unknowingly have built structures in those places. Generally, these situations have developed as a result of a lack of information or understanding about the geologic materials or processes that exist in the area involved.