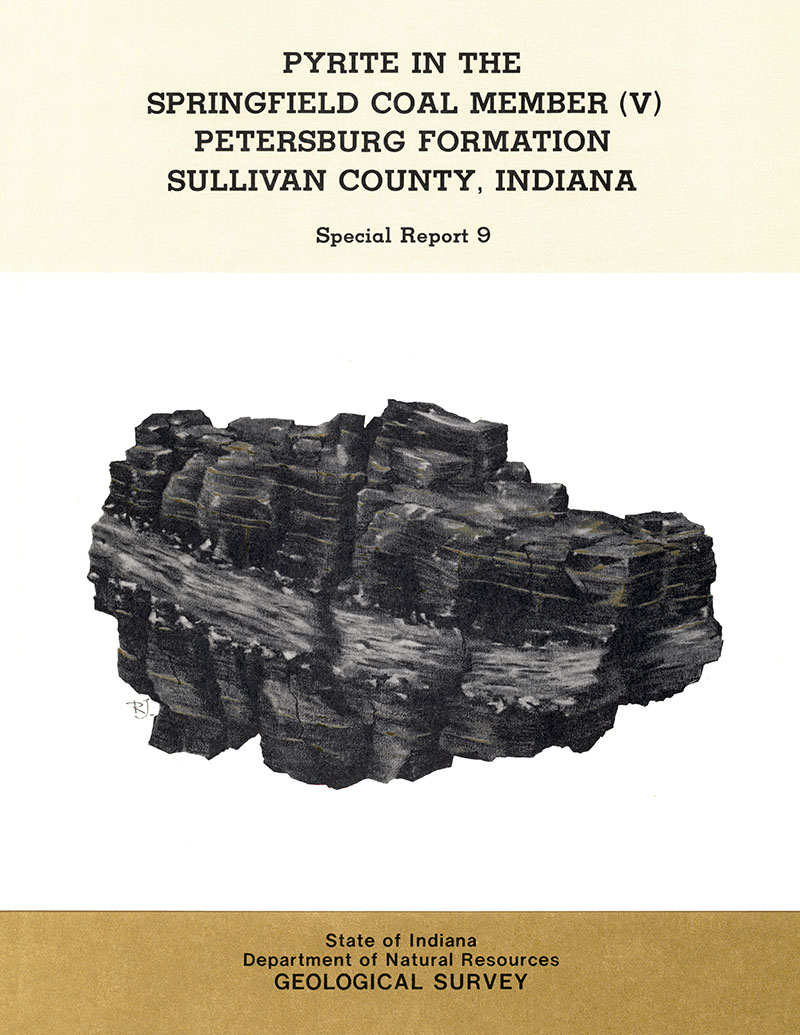 The distribution of pyrite in the Springfield Coal Member (V), Petersburg Formation (Pennsylvanian System), was mapped underground in the Thunderbird Mine in Sullivan County, Ind. Megascopic study of data and samples from some 57 locations within the mine revealed that extreme fluctuations in the distribution of physical forms of pyrite exist. Coal in topographically high areas of a coal seam is generally thinner and contains a higher pyrite concentration. Massive lenticular pyrite occurs mainly within the upper 6 inches of the coal seam or directly below an inorganic sediment parting. Total pyrite of all forms appears to have a slightly higher concentration in the lower third of the seam. Major cleats filled with pyrite appear to be more abundant in topographically high areas. Minor cleats filled with pyrite do not seem to have any particular pattern of distribution or preference of location. Microscopic study of four master channel samples showed that 42 percent of the pyrite is lenticular and is mainly associated with vitrinite and exinite coal macerals and with inorganic partings (mostly clay). Although clay and silt constitute more than 15 percent of the total coal seam in only a few places, as much as 47 percent of the total pyrite in the seam may be associated with them. Pyrite crystal size and purity have a wide range and variation. Some 20 representative samples of pyrite, when studied in greater detail, showed crystal sizes ranging from 1 micron to more than 60 microns. Pyrite of museum-grade purite is rare. An electrographic analysis study of the 20 petrographic samples showed that the rate of oxidation of pyrite is inversely related to its crystallinity, crystal size, and purity. X-ray analysis of these samples tended to substantiate these conditions.

Map showing the depth to the top of the Springfield Coal Member in Gibson, Pike, Posey, Warrick, and Vanderburgh Counties

Map showing the elevation relative to sea level of the Springfield Coal Member in Sullivan, Knox, and portions of Clay, Greene, and Daviess Counties, Indiana