Lithostratigraphy of the Maquoketa Group (Ordovician) in Indiana (1972) 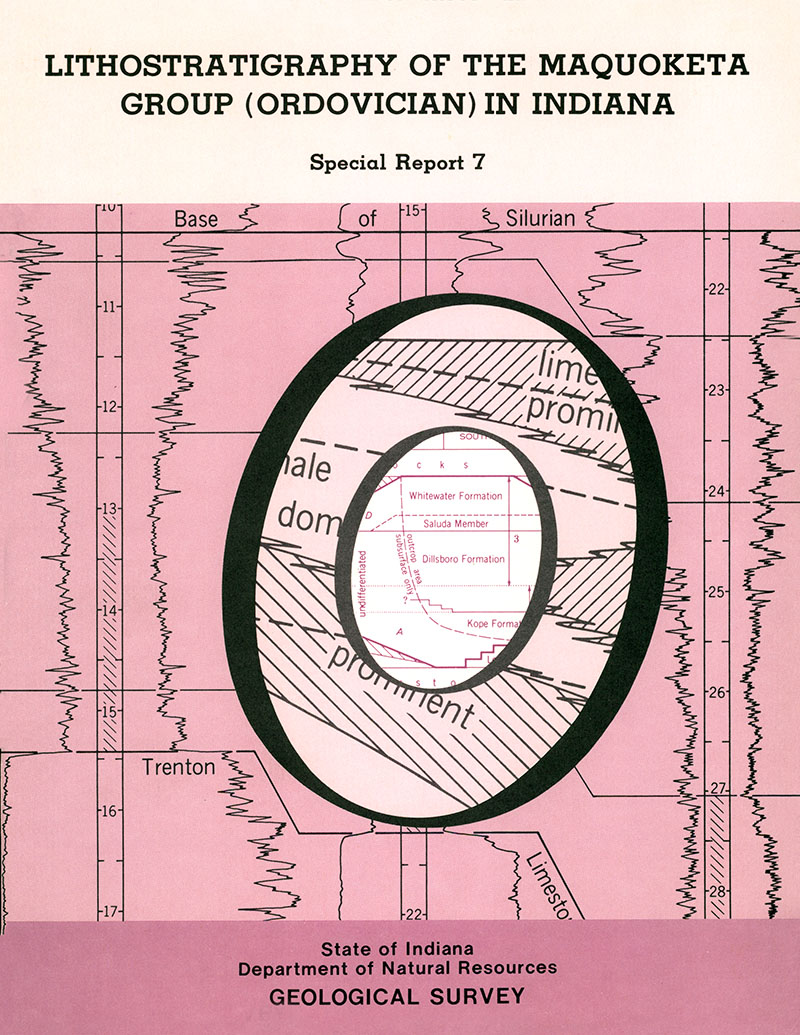 This report on the Maquoketa Group (mostly Cincinnatian Series, upper Ordovician) in Indiana is based on the study of outcrop sections, cores, chip samples, and electric and other geophysical logs distributed through the state. Because the geophysical logs provide the most widespread detailed information, the group is provisionally subdivided into four informal units that are defined by marker horizons and marker beds recognized on these logs. The highest and lowest of these informal units can be traced across the state. Much of the westward thinning is depositional, but a disconformity having about 100 feet of local relief forms the upper boundary of the group and erosional removal may have contributed to thinning of the highest unit. The Maquoketa Group is nearly 1,000 feet thick in eastern Indiana but is only about 200 feet thick at the western border of the state. Shale dominates the unit. Most of the shale is gray and calcareous, but brown carbonaceous shale 100 to 300 feet thick characterizes the lowermost part of the group. Limestone, which constitutes about20 percent of the total rock content, is most abundant in the upper part. In the east, biomicrudite and biosparite are the common limestone types; in northwestern Indiana a coarse, sparry dolomite is widespread. Depositionally, the Maquoketa is a clastic wedge that spread across the state from the east. It is the first of the Paleozoic sedimentary sequences in this area to have had an evident eastern source. Thus is introduced the general pattern of sedimentation that persisted in this area throughout the remainder of Paleozoic time. In eastern Indiana, accumulations of biogenic limestone in the upper part of the group probably signify shoaling. Two cycles of expansion and contraction of the areal range of the benthos that built this limestone imply fluctuations in the sedimentation-subsidence ratio. The Maquoketa Group has not been a commercial source of mineral fuels or of materials for industrial use and gives no promise of becoming a source in the future. It is, however, well suited to the excavation of storage chambers for liquified gases, and for this purpose it is accessible over more than half of the area of the state. This possible future use for these rocks is particularly attractive in metropolitan areas.

Ordovician stratigraphy, and the physiography of part of southeastern Indiana