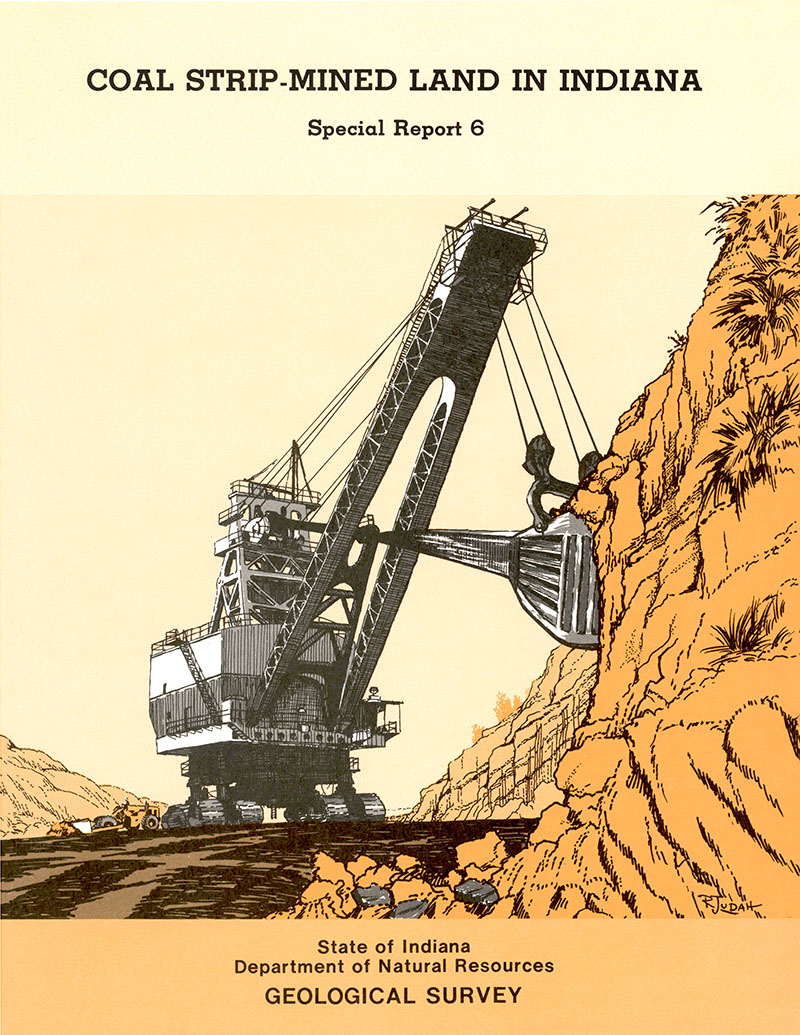 Almost 100,000 acres of land has been disturbed by strip mining in southwestern Indiana within the past 50 years. Pike, Warrick, and Clay Counties contain about two-thirds of the strip-mined land. Strip-mined land amounts to about .4 percent of the total land of Indiana and about 2 percent of the total land area of the 21 counties in southwestern Indiana that contain strip mines. Coal has been removed from only about 75,000 acres, and thus spoil dumped on unmined land amounts to about 27 percent of the total disturbed area. The Springfield Coal Member (V) accounts for about 50 percent of the coal produced, of which about 80 percent has been mined in Pike and Warrick Counties. Strip mining takes essentially all coal from the area uncovered, but deep mining leaves about 50 percent of the coal in the mined area as roof support. The aftermath of strip mining has become a subject of local and national concern. This study was undertaken to determine the amount and distribution of land in Indiana that has been strip-mined for coal. This information should lead to additional studies on land reclamation and to future planning by local, state, and federal agencies.