Preliminary investigation of the potential for induced seismicity in Indiana (2016) 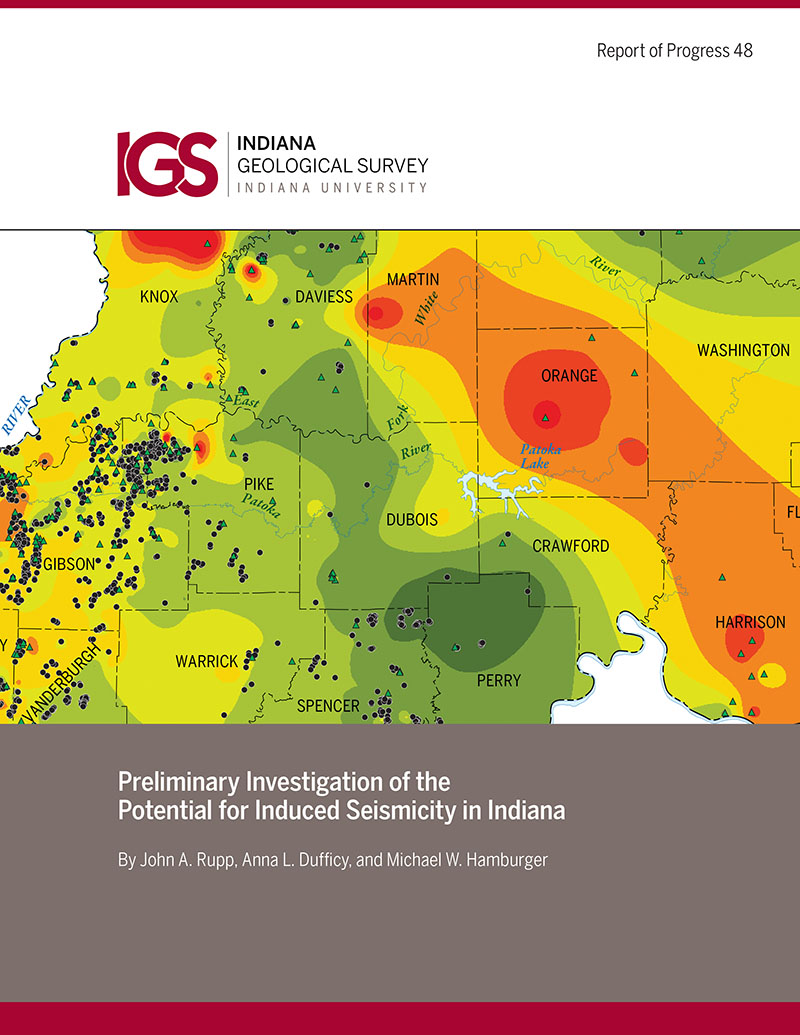 Over the past decade, there has been growing recognition of markedly increased seismicity in the U.S. midcontinent. This observation has sparked interest in the possibility that earthquakes may be induced by human activities, specifically in association with wastewater injection. This concern led to numerous localized studies on the topic and in many parts of the central United States—including cases in Oklahoma, Ohio, Colorado, Texas, and Kansas—the occurrence of crustal earthquakes has been positively correlated with wastewater injection. In contrast, seismic events in Indiana have not been directly linked to subsurface injection activities to date. A study did suggest the possibility of small, injection-induced earthquakes near the Indiana-Illinois border, but with little direct evidence to test that claim. Since then, no detailed studies have been published on the subject, nor has there been a systematic collection of the data needed to make an assessment of the potential vulnerability of the state to future induced seismic activity. To assess the possibility that seismicity within the state may be associated with injection practices, we compiled a new database of injection pressure and volume data from 2004 through 2014, as well as recorded earthquakes in Indiana. The injection-well data are from the Indiana Department of Natural Resources, Division of Oil and Gas, while the earthquake data were compiled from the U.S. Nuclear Regulatory Commission and Advanced National Seismic System of the United States Geological Survey.