Formation and remediation of pad marks on Indiana limestone (2003) 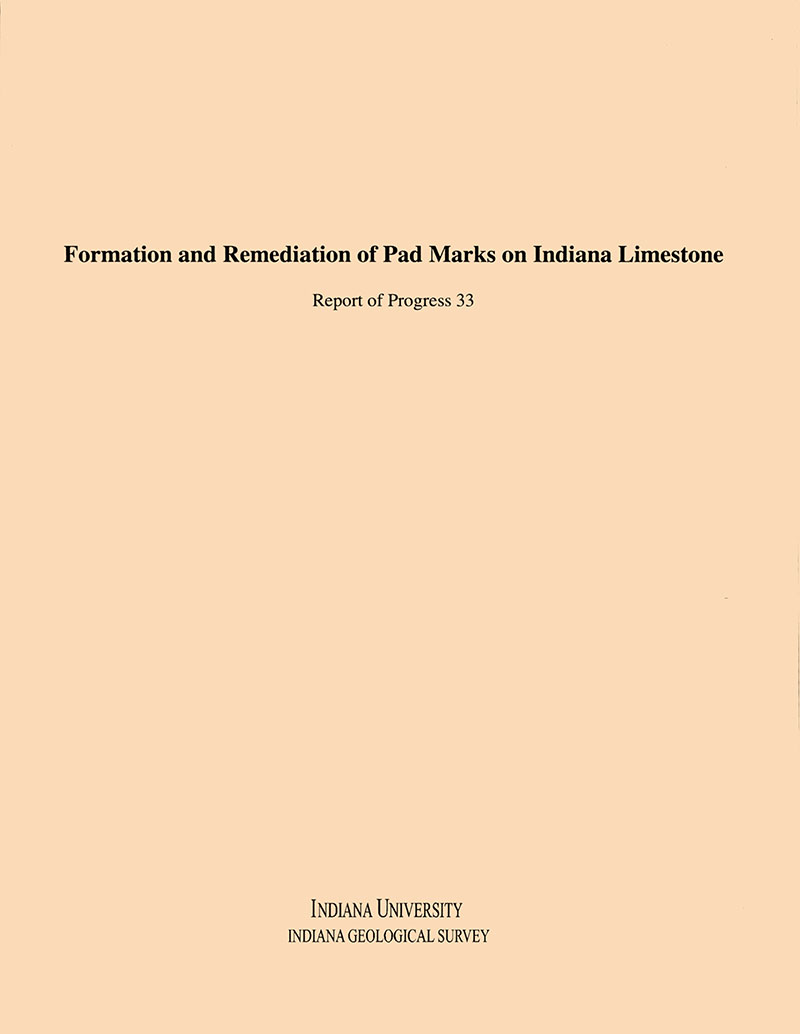 Pad marks that form on milled limestone surfaces can remain long after the stone has been installed as masonry elements in buildings. Detracting from the otherwise aesthetically pleasing appearance of Indiana Limestone, pad marks have plagued the dimension-limestone industry for many years. To investigate the source and potential remediation of pad marks, an investigation was undertaken by the Indiana Geological Survey that began by exposing various padding materials to ambient weather conditions in south-central Indiana. Eighty-two dimension limestone test specimens, which were separated by padding materials consisting of Homasote, Styrofoam, and nylon in combination with various materials from paper toweling to sheet plastic were stacked four deep on pallets and allowed to weather for one year. At approximately three-month intervals, the sample surfaces were inspected for pad marks, photographed, and the results recorded. Homasote produced pad marks within one month of initial exposure to the elements which the other types of padding material produced discolorations around the pad, the stone directly beneath remaining clear. After one year, 11 pad-marked samples were exposed to weathering. Six of the specimens were placed to face east or south and the remaining samples faced north. The samples exposed to bright sunlight (east-and south-facing) were free of pad marks, within two weeks, whereas the stones that faced north retained the surface discolorations indefinitely.

Processes Contributing to the Development of Pad Marks on Indiana Limestone

A Study of the Remediation of Pad Marks on Indiana Limestone

High-calcium limestone and dolomite in Indiana