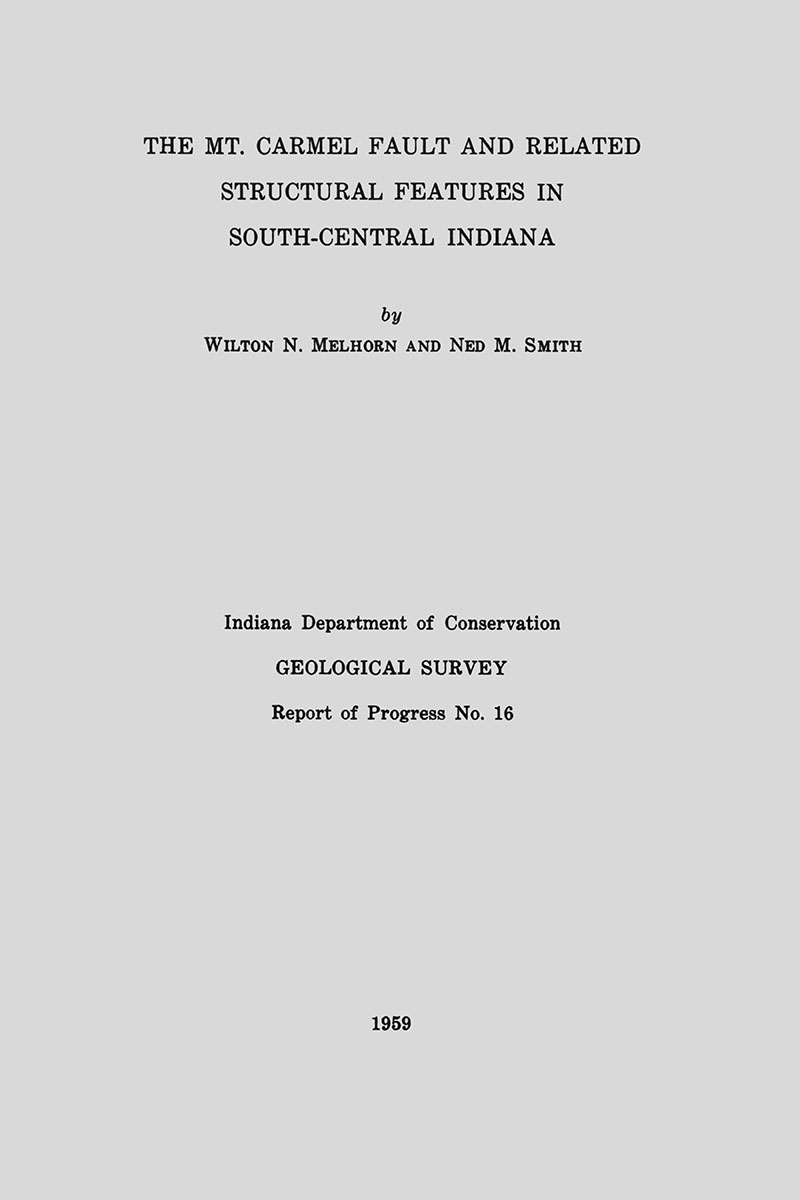 The Mt. Carmel Fault extends 50 miles north-northwest across Washington, Jackson, Lawrence, and Monroe Counties, Ind. It is a normal dipslip fault that dips about 69W, and exhibits vertical displacement of 80 to 175 feet. The fault zone is marked by steep dips, drag folding, and glide planes in Osage and Meramec shale and limestone. Evidence was not seen of graben structures or cross faulting as suggested by previous writers, although numerous subsidiary fractures are found as far as 1 ½ miles from both sides of the fault. Movement along the fault may have begun in late Meramec or early Chester time and probably was concluded by early Pennsylvanian time. Deposition of Chester and early Pennsylvanian (?) clastic sediments was influenced by regional structural irregularities resulting from the faulting. A genetic and chronologic relationship between the Mt. Carmel Fault and the LaSalle Anticline and similar structures of the Illinois Basin is suggested. Adjacent to the fault on the downthrown side is the Leesville Anticline. On the crest of this anticline are five structural domes. Although only minor amounts of oil and gas have been produced from Devonian and Ordovician limestone in these domes, one of the domes has not been drilled, and only one of the others has been drilled deeper than the upper part of the Knox Dolomite. The possibility of petroleum entrapment against the fault remains to be tested.

A field guide to the Mt. Carmel Fault of southern Indiana

Map of Indiana showing structure on top of Trenton Limestone

Structure and isopach maps of the Paleozoic rocks of Indiana