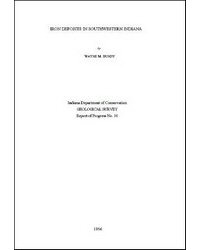 Sand and Gravel Resources of Indiana

The lime industry of Indiana