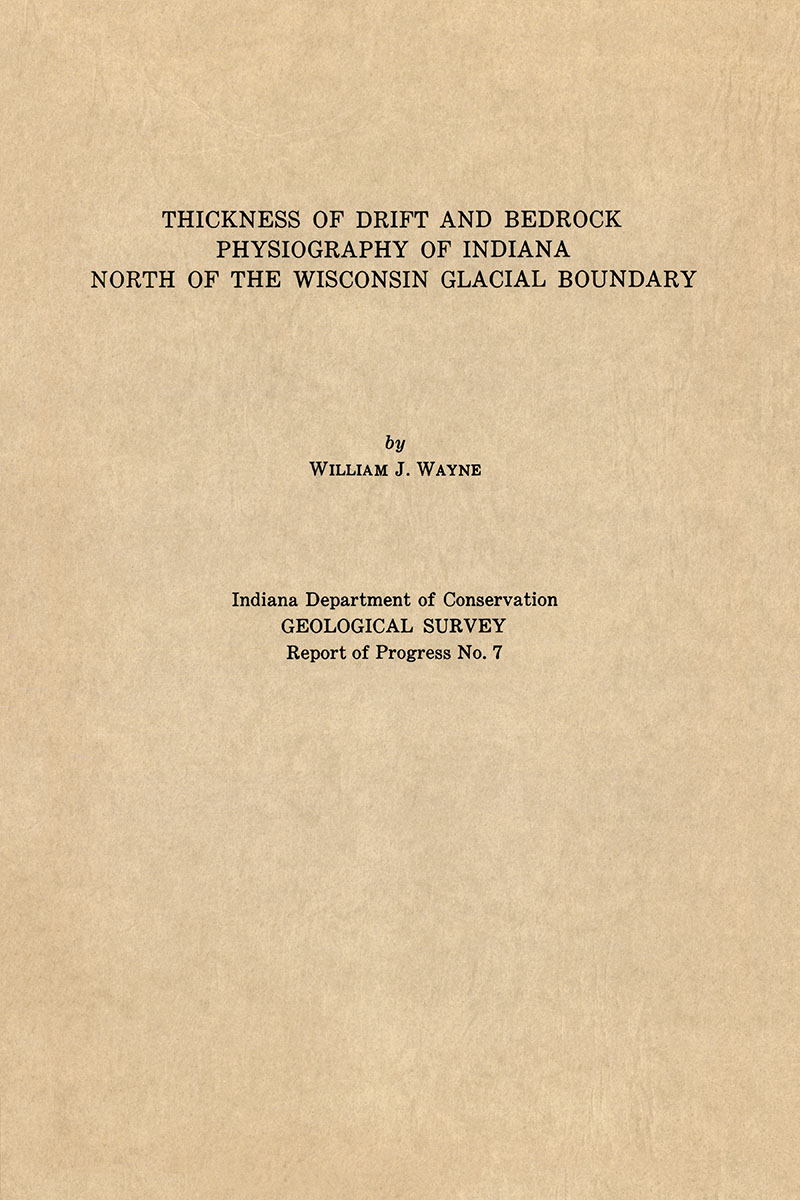 The thickness of glacial drift in Indiana is determined largely by the relief of the subdrift surface. Only locally is the thickness controlled principally by present land forms. Preglacial and interglacial valleys produce wide and abrupt variations in drift thickness, especially in central Indiana. Drift is thin over extensive terranes of the bedrock uplands, but much thicker drift overlies bedrock lowlands. North of the Wisconsin glacial boundary drift obscures nearly all features of the bedrock topography. Isopachous contours of drift thickness based upon well, outcrop, and geophysical data provide a general, yet reasonably accurate, reconstruction of bedrock physiography and drainage. In Indiana the bedrock physiographic units are regional features that were formed by differential rates of erosion on gently dipping Paleozoic shales, limestones, and sandstones. These physiographic units must have been in existence before the Pleistocene epoch, for the units are well defined even in northern Indiana, where they were protected from extensive dissection during the Pleistocene by a mantle of glacial drift. Most of Indiana was drained by the Teays River and its tributaries before the time of glaciation. A continental divide between drainage southward to the Gulf of Mexico and northeastward to the Gulf of the St. Lawrence trended approximately in an easterly direction across northern Indiana from the Kankakee River to northern Allen County. Many of the preglacial valleys are filled with permeable glacial outwash. Potential water resources from these buried aquifers are immense.

Map of the Wabash-Erie Channel showing depth to bedrock and features associated with the bedrock surface, Huntington County, Indiana