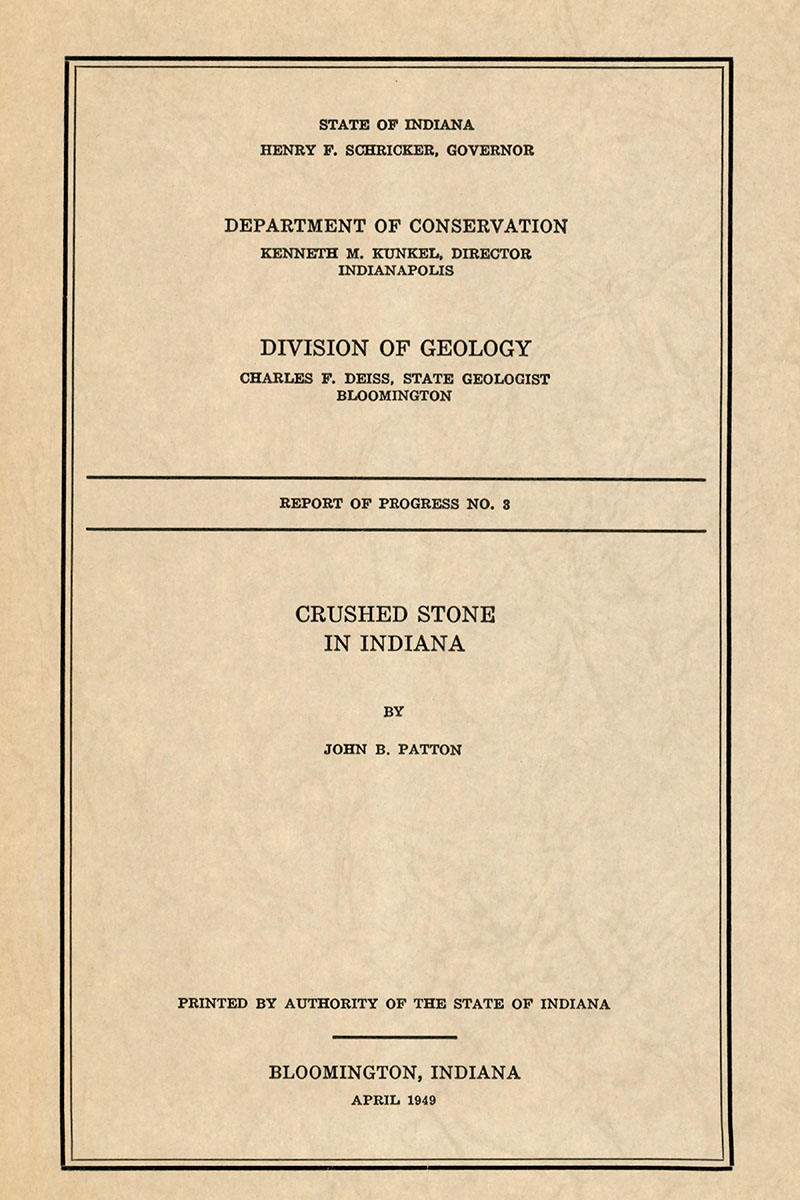 During the field seasons of 1947 and 1948, two field parties of the Division of Geology, Indiana Department of Conservation, examined, sampled, and mapped the quarries that are producing crushed stone in Indiana. In 1947 the parties were led by George E. Ericksen and the writer and in 1948 by Carroll N. Roberts and the writer. Field assistants for the first year were Robert Stewart and Dallas Fiandt. For 1948 field assistants were W. E. Taylor and Richard Erd. Although the purpose of the survey was to study only active quarries, some inactive ones which seemed likely to resume operations were studied. Of the 92 quarries shown on the map (Plate 1), 89 were in operation during the time of the field examination, and 3 have since become active. These 3 quarries have not been sampled or mapped, but they have been located, and the geological formations from which they produce have been ascertained.

Locations of aggregate operations in Indiana