Stratigraphy of three wells in Sullivan and Vigo Counties, Indiana (1949) 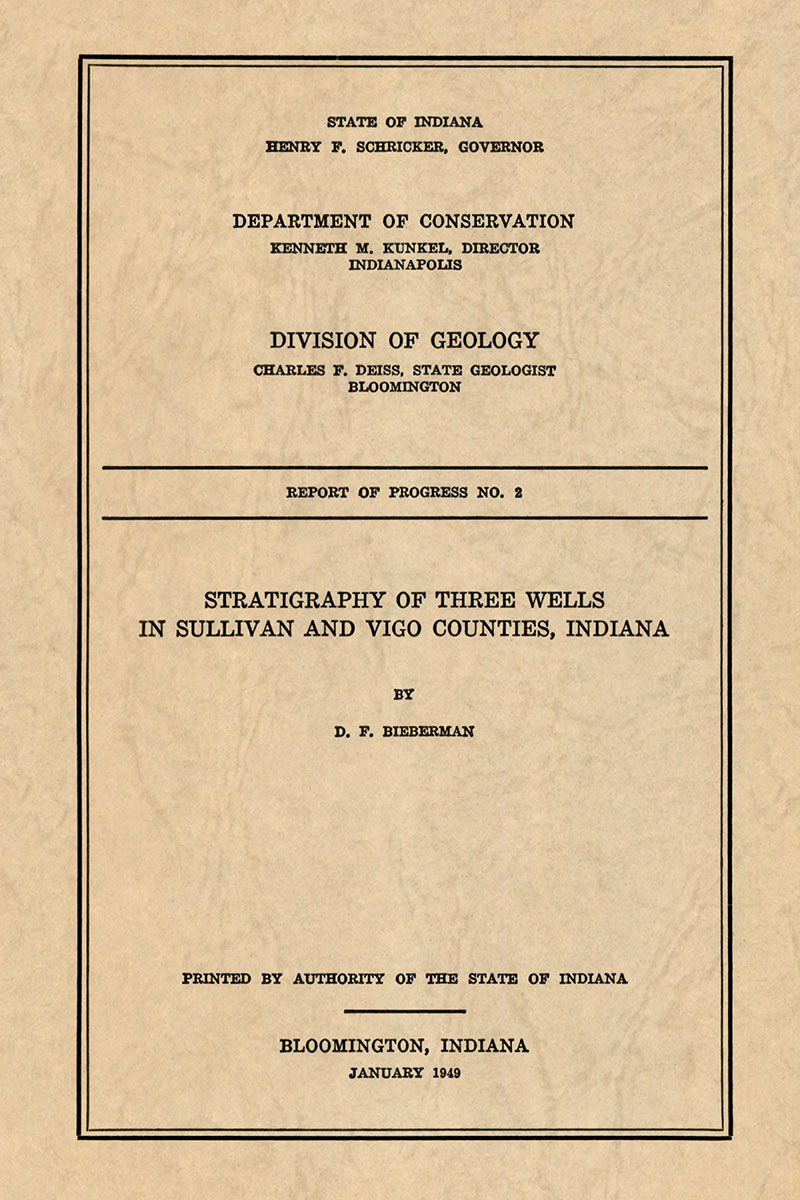 Recent oil discoveries have stimulated drilling activity in Sullivan and Vigo counties. The discovery well of the Wilfred Pool, Siepman No. 1 well, was completed in August, 1948. Since then, approximately 80 test wells have been drilled in these two counties. Three new pools have been opened in the Devonian limesto ne, Wilfred and Marts in Sullivan County, and Spring Hill in Vigo County. Additional wells have been drilled in three old pools, Riley and Prairie Creek in Vigo County, and Siosi on the Sullivan-Vigo county line. This report is written in response to requests for immediate information on the Devonian formations and the possible Devonian pay zones in this area. The purpose of this paper is to make available to the public some of the geologic information now being assembled. As the present study of the subsurface Devonian is still in progress, correlations are tentative. The report includes sort descriptions of the Pennsylvanian and Mississippian beds and detailed sections of the Devonian formations in three wells in Sullivan and Vigo counties. The wells are; Riggs No.1, by Felmont Corporation, sec. 36, T. 8 N., R. 9 W., a Sullivan County wildcat; Leon Wallace No. 2, by F. B. Cline, sec. 30, T. 9 N., R. 8 W., Wilfred Pool, Sullivan County; and R. B. Campbell No. 1, by Sage and Farley, sec. 24, T. 11 N., R. 8 W., Riley Pool, Vigo County. These particular wells were selected because they penetrate the entire Devonian section. The Riggs No. 1 well and the Campbell No. 1 well were cabletool tests into the Trenton, and the Wallace No. 2 well was a rotary test that penetrated 361 feet of the Silurian rocks. The three wells are aligned in a north -south direction (Fig. 1) and show lithologic changes in the Devonian formations. The conclusions given in the paper are also based on information from many other wells in the Sullivan and Vigo county area.