Carl B. Rexroad: Reminiscence of a long career in conodont biostratigraphy and a bibliography of his published works (2017) 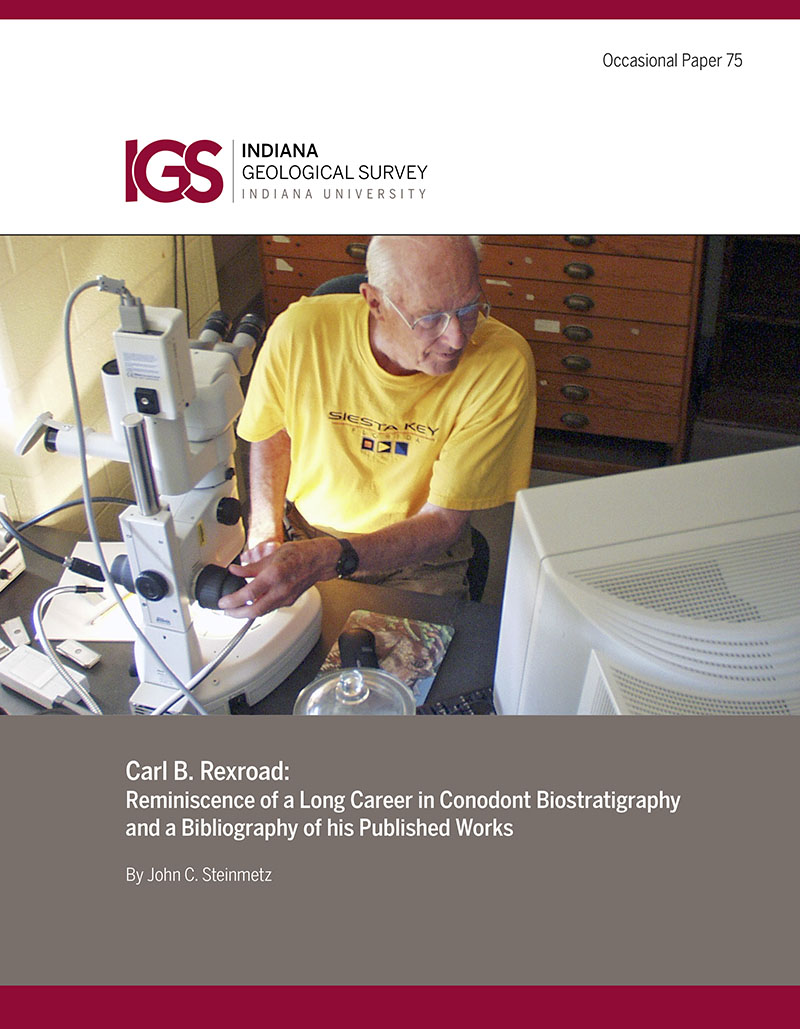 Born and educated in the Midwest, Carl Buckner Rexroad, Ph.D., (1925–2016) devoted his more than 60 year career investigating Paleozoic conodonts, their taxonomy, and their biostratigraphy. Initially affiliated with the Illinois State Geological Survey, he published his first abstract in 1955 on conodonts from the type Chester (upper Mississippian) in Illinois, followed a year later with a paper on that subject. He subsequently joined the Indiana Geological Survey, Indiana University, as a paleontologist and stratigrapher in 1961 and remained there for the next 54 years. During that time he collaborated with many other specialists and paleontologists from around the world, refining high-resolution interregional and intercontinental correlations of Paleozoic strata. As a teacher and mentor, he supervised university students, often co-authoring papers with them. Many students went on to successful careers themselves as conodont researchers. Rexroad’s legacy in Midwestern biostratigraphy, stratigraphy, and general geology is documented in the nearly 200 papers and abstracts he published, his last being shortly before his death in 2016. He leaves behind a unique reference collection for Silurian biostratigraphy in eastern North America, documenting the care, diligence, and skill that defined his long career.

Annotated bibliography of Indiana geology—1956 through 1975

A history of glacial boundaries in Indiana