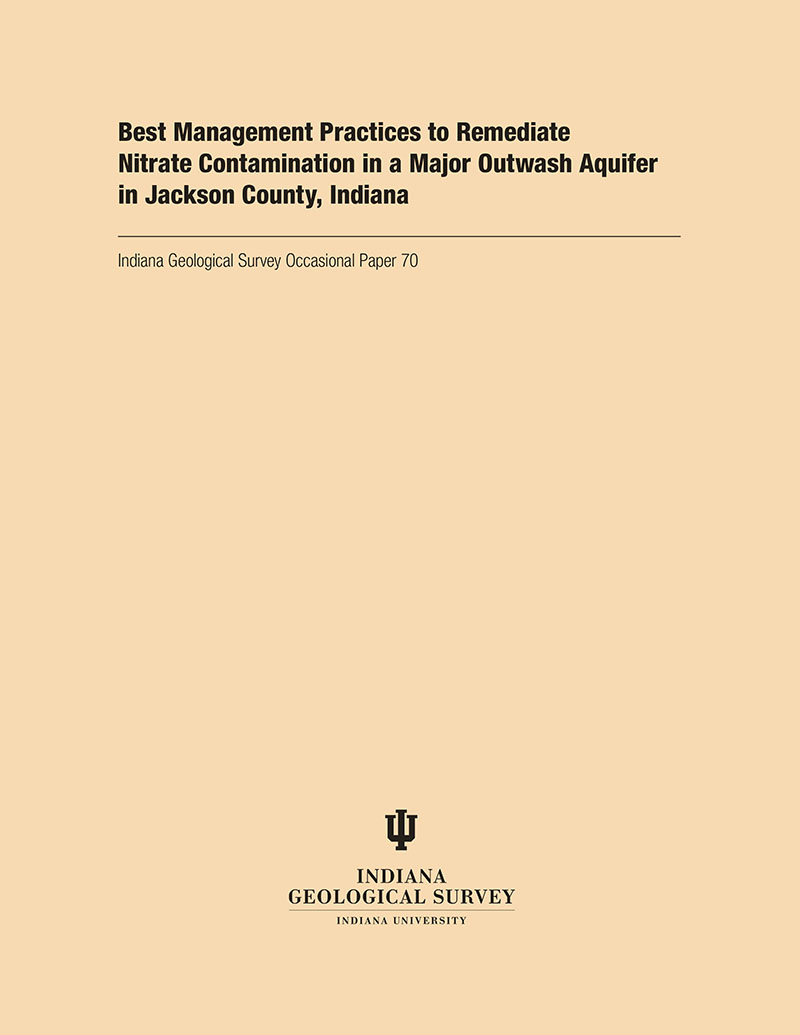 In Indiana, there are extensive agricultural areas developed on glacial outwash deposited in floodways of major streams and on outwash fans and wind-blown sands. In such settings, groundwater is subject to degradation by nitrates derived from agricultural sources such as inorganic fertilizers, crop residues, applied manure, and manure from grazing cattle. However, denitrification may occur as groundwater migrates downward, so that shallow aquifers in such settings are candidates for remediation. A variety of experimental practices were employed in an attempt to reduce the leaching of nitrates into groundwater. Groundwater chemistry was monitored in test plots to determine if such practices resulted in measurable improvements in water quality. Following application of standard quantities of inorganic fertilizers, nitrate concentrations in the uppermost part of the water table naturally decline to values that are less than the Drinking Water Standard limits. The results of experimental practices such as reduction of fertilizer applications and use of nitrification inhibitors are also described.