Exposures of Silurian reefs in Indiana (1992) 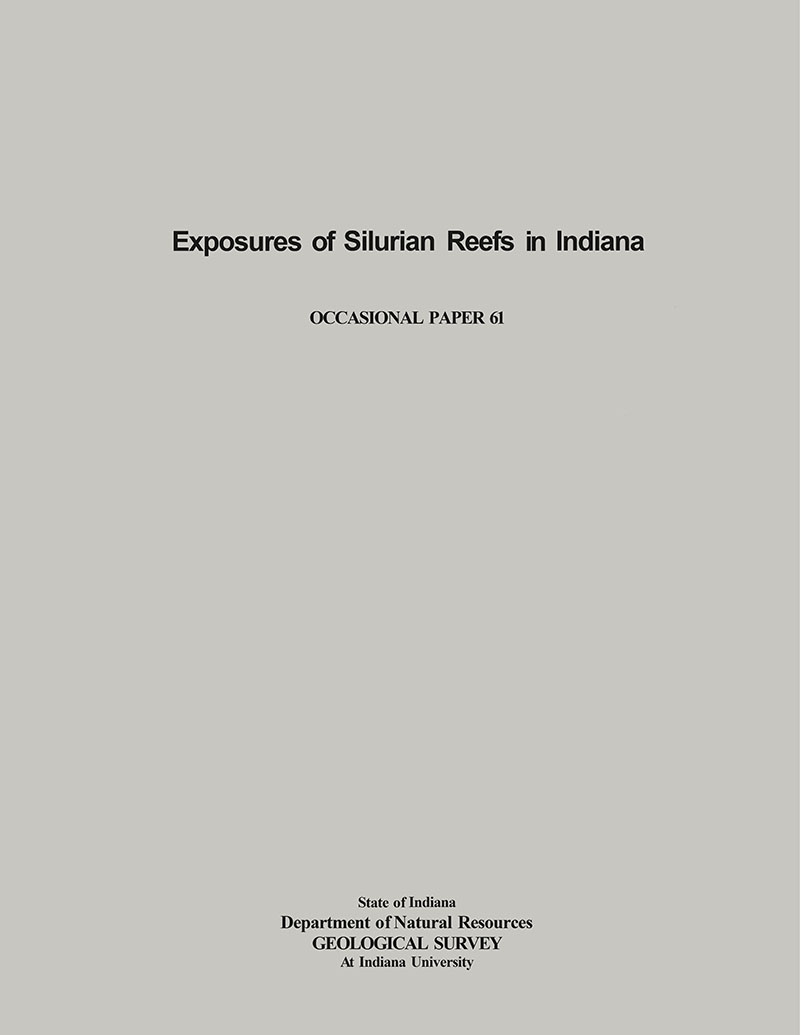 Numerous Indiana geologists, quarries, and others have searched for, admired, photographed, climbed, sampled, drilled, cored, analyzed, and mined the exposed Silurian reefs of Indiana. From before 1862, when Richard Owen described the curious tilted outcrops of reefal limestone in several places in northern Indiana, pioneer geologists and others speculated on the origin of the reefs with ideas of structural deformation, arches, false bedding, and even volcanism. These imaginative ideas were generally set to rest in 1928 (Cumings and Shrock, 1928a, 1928b). Since then much more has been learned about the reefs (Shaver, 1991), numerous additional reefs have been discovered (Ault and others, 1976, 1992), and their practical usefulness for many chemical and physical products has expanded dramatically. From early pioneer times, quarries in northern Indiana, especially in the Wabash Valley, mined the reefs for roadstone and railroad ballast and burned the stone to make lime for mortar, agricultural lime, and whitewash. The reef rock was also used with other Silurian carbonate rock for foundation stone, flagging, and building stone.

The search for a Silurian reef model: Great Lakes area

Silurian reefs in southwestern Indiana and their relation to petroleum accumulation