Geologic framework of the aquifers of the Valparaiso Moraine (1991) 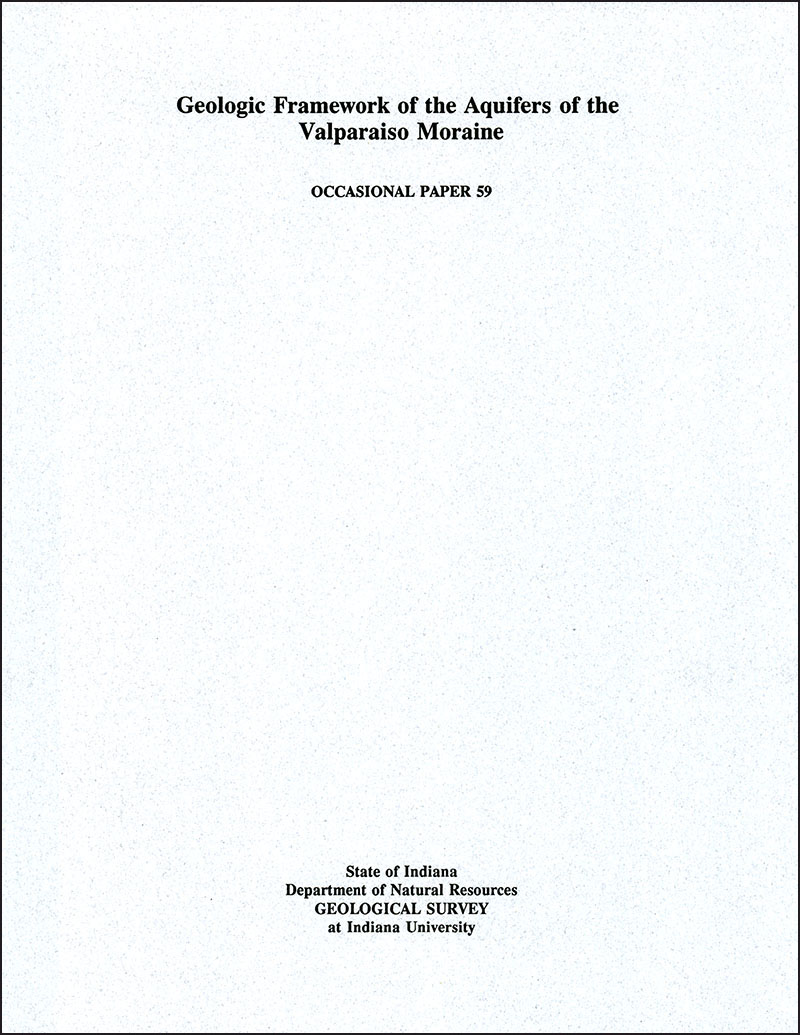 SUMMARY: The Valparaiso Moraine is an arcuate ridge at the south end of Lake Michigan that marks a terminal position of the ice of the Lake Michigan glacial lobe during the late Wisconsinan. The ridge consists of a western sector composed primarily of till at the surface, and an eastern sector consisting of a sandy outwash plain with significant deposits of till only along its northern margin. The materials of the moraine consist of (1) dense, silty clay loam deposited directly from glacial ice; (2) silty and sandy loam deposited by mudflows moving off the ice; (3) gravels rich in black-shale clasts deposited in channels near the ice margin and as subaqueous depositional lobes in a large proglacial lake; (4) silt and clay loam deposited as lacustrine muds; and (5) quartzose sands deposited on the outwash fan and in channels. The quartzose sands are widespread and form the principal aquifer of the complex. The sands are thinnest along the southern margin of the ridge and thicken substantially northward. They are very thick in the eastern part of the complex, where they form the bulk of the outwash fan. They also occur extensively under a thick till layer in the western part, and they are locally very thick in channels where they are interbedded with shale-rich gravels.