Lithostratigraphy of the Sauk Sequence in Indiana (1985) 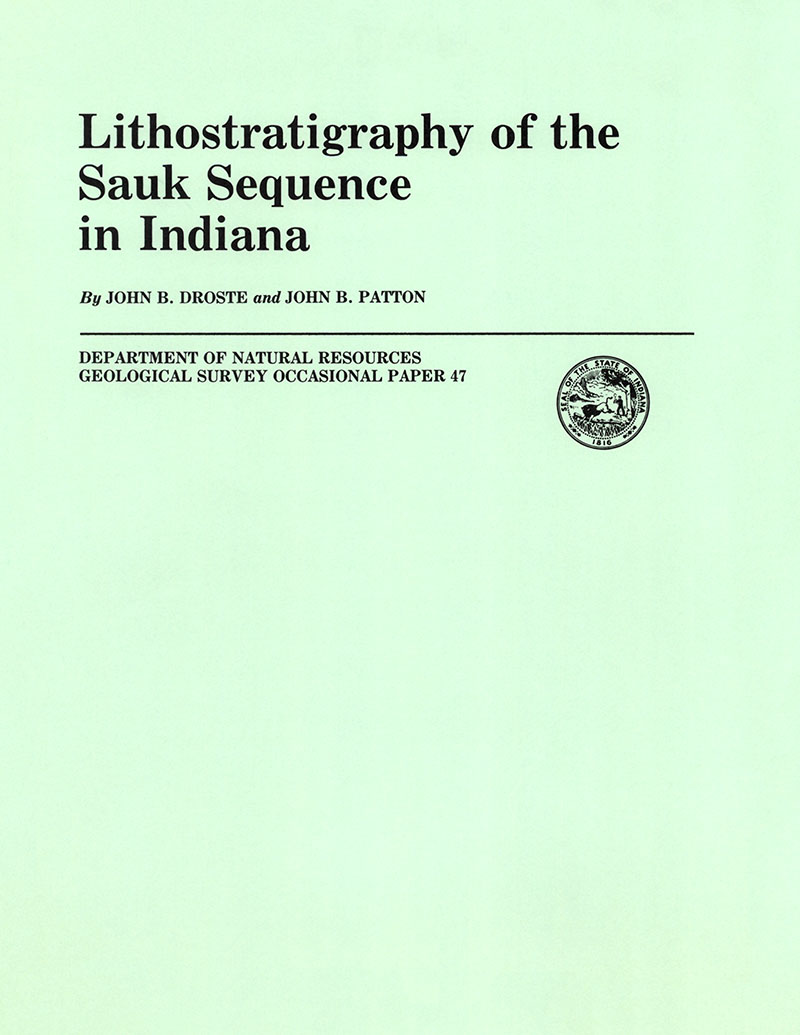 The Sauk Sequence contains the rocks bounded unconformably below by Precambrian rocks and above by rocks of the Chazyan Stage in the Middle Ordovician Series. In Indiana Sauk rocks range from just less than 1,500 feet to more than 6,000 feet in thickness, are at least early Dresbachian in age at the base and as young as Whiterockian in age at the top, and are divided into two supergroups. The siliciclastic rocks of the Potsdam Supergroup (below) grade into the younger carbonate rocks of the Knox Supergroup (above). The Potsdam Supergroup in Indiana ranges from less than 1,000 feet to more than 3,000 feet in thickness and contains the Mount Simon Sandstone below and the Munising Group above. In northern Indiana the Munising Group contains in ascending order the Eau Claire Formation, the Galesville Sandstone, the Ironton Sandstone, and the Franconia Formation. The Galesville, Ironton, and Franconia formations grade southward through the Davis Formation of the Munising Group into the carbonate rocks of the Knox Supergroup. In southern Indiana the oldest unit of the Munising Group, the Eau Claire Formation, is directly overlain with a gradational contact by the carbonate rocks of the Knox Supergroup. These facies relationships indicate a Dresbachian and Franconian age for the Potsdam rocks in northern Indiana and only a Dresbachian age in southern Indiana.