Time required for the erosion of Clifty and Butler Ravines (1984) 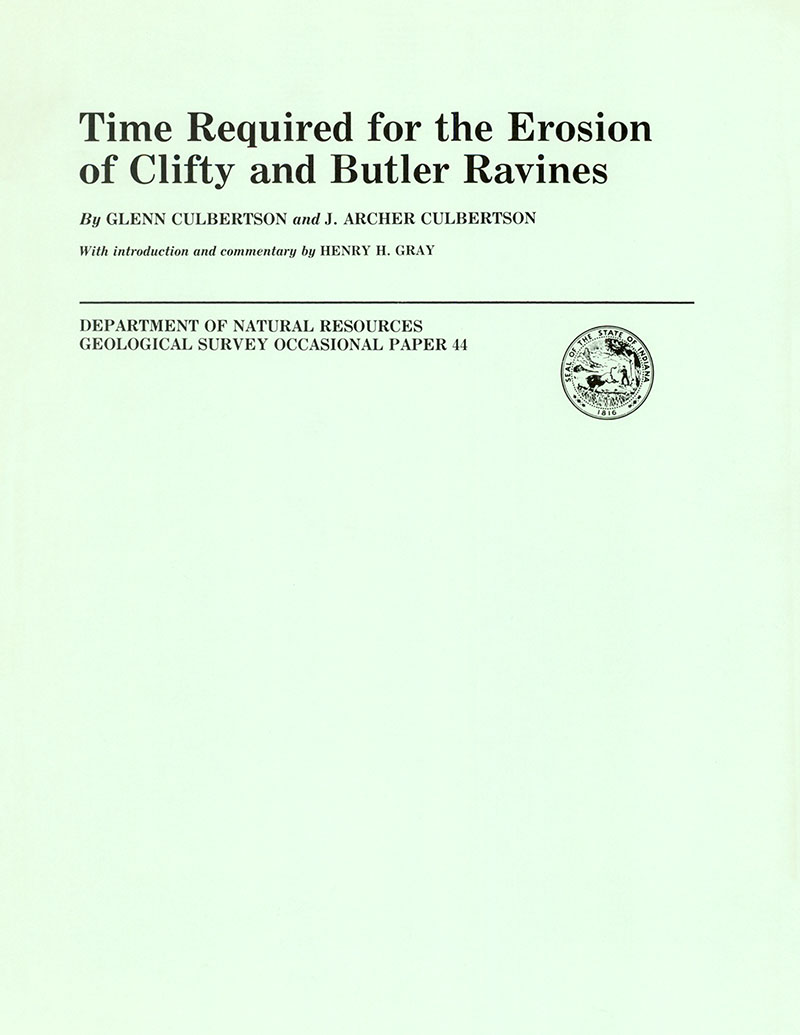 Determination of the absolute age of geologic events has been of interest to geologists since the beginning of the science. Before the development of radiometric methods, most estimates of age were made by extrapolation of the rate of some presently measurable process, such as erosion. Thus it was that as early as 1790 an attempt was made to determine the age of Niagara Falls - the time that has elapsed since the Niagara River first found its way across the escarpment at Lewiston, N.Y. Several later estimates were made as the present rate of retreat of the falls became more precisely known. These early efforts had two objectives. The first was perhaps scientific, perhaps only curiosity: how long have the falls been in existence? The second was possibly more practical: how long before headward erosion of the falls drains Lake Erie? A third objective emerged near the middle of the 19th century as it became established that the Niagara region had once been covered by a continental glacier: how long since the ice retreated? This last question became pivotal to the establishment of glacial chronology; for many years, glacial events in North America were dated as some multiple of the time elapsed since retreat of ice from the moraine just south of Lewiston.